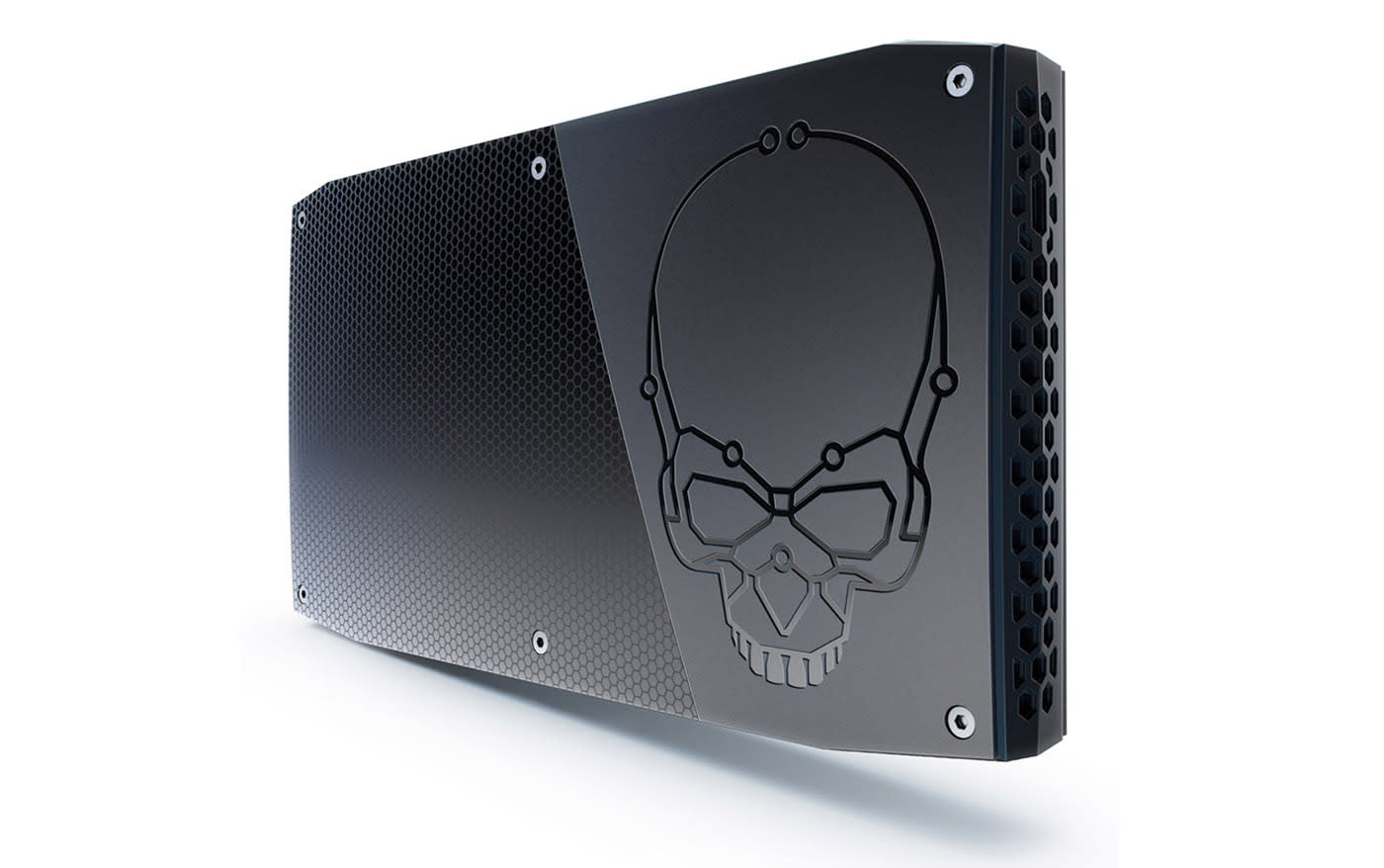 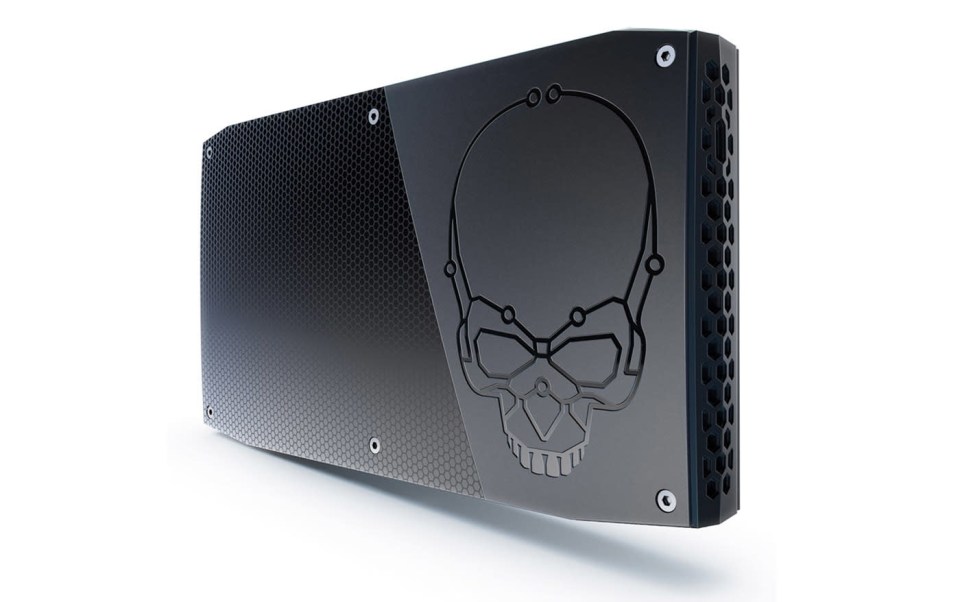 If you're considering an Xbox One or PS4 for gaming and entertainment, Intel has another proposition for you: The first Skull Canyon NUC (next unit of computing) mini-PC. The NUC6i7KYK (yup) fits a sixth-gen Skylake Core i7 CPU, Thunderbolt 3, DDR4 RAM support and dual M.2 SSD slots (with SATA 3 support) into an 8.5-inch case. The Iris Pro graphics 580 will turn off gamers, though Intel points out that you could add a card like the AMD R9 Fury by attaching a Razer Core expansion box via the Thunderbolt 3 port. To use it as an entertainment device, you can easily hook up a 4K monitor -- three of them, in fact.

Price-wise, it's a large step up from the latest gaming consoles, though. The bare NUC is $650, and Intel says a typical build with 16GB RAM, a 256GB SSD and Windows 10 would run $999. Should you go for external discreet graphics via the Razer Core (now on pre-order for $500), and an NVIDIA GTX 970 graphics card (the minimum for an Oculus Rift and HTC Vive) you're in for another $850. That makes the total investment $1,850 and you could easily build a much better PC for that price.

However, NUCs do have their place. If you don't have a lot of space and are fine with the Iris Pro graphics, you'll get an okay gaming PC and extremely competent media server. The NUC goes on pre-order at Newegg in April for $650 and will ship in May 2016.
In this article: Gaming, gear, intel, IrisPro, NUC, NUC6i7KYK, personal computing, personalcomputing, SkullCanyon, Thunderbolt3
All products recommended by Engadget are selected by our editorial team, independent of our parent company. Some of our stories include affiliate links. If you buy something through one of these links, we may earn an affiliate commission.