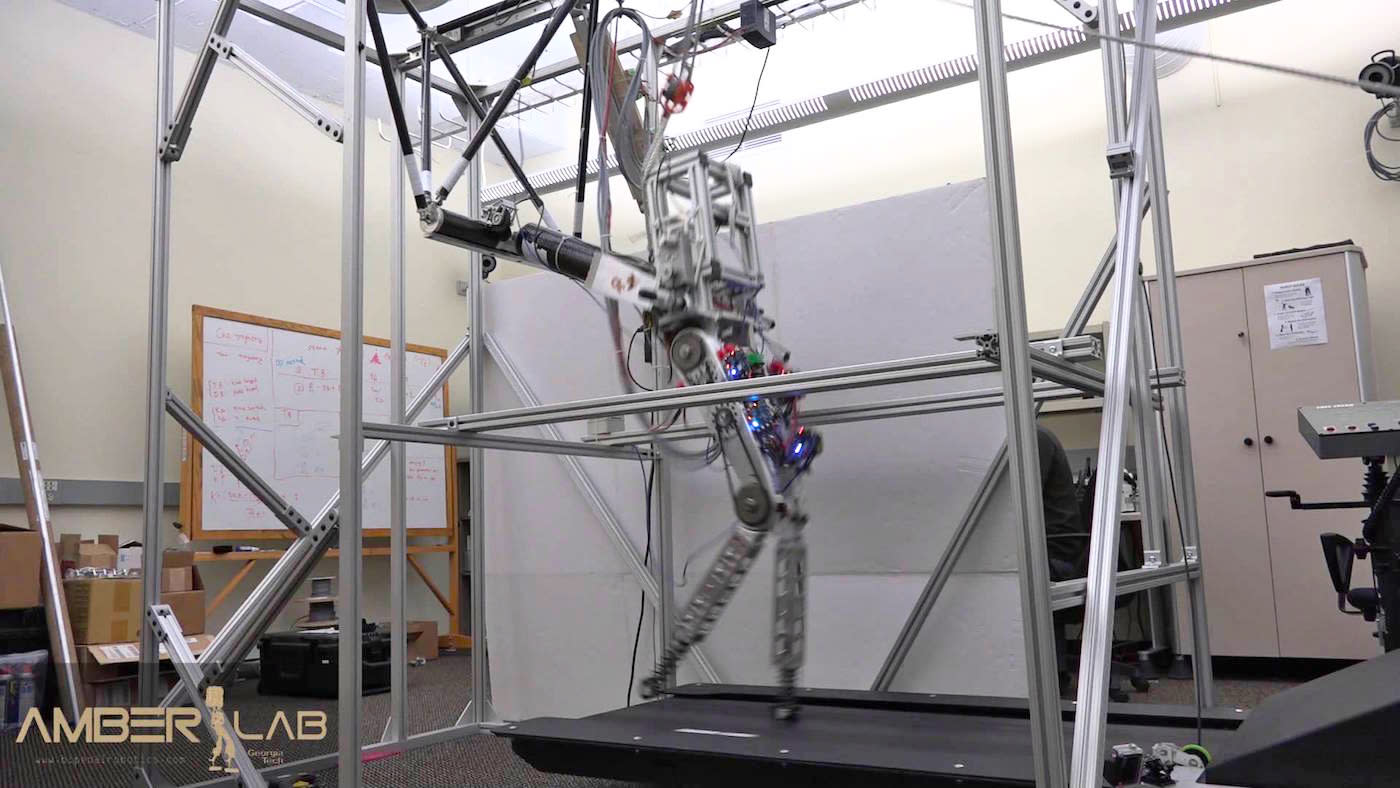 Two-legged robots are nothing new, but usually we see them walking, not running around a test lab. A pair of seemingly autonomous legs that can lap you in the park is a scary thought, after all. Such images haven't stopped the Advanced Mechanical Bipedal Experimental Robotics (AMBER) Lab at the Georgia Institute of Technology, however. As its latest video proves, the team has built a bipedal droid that can jog at a pretty brisk pace. It's called the Durus-2D and, while maybe not the fastest human-style robot, impresses with a natural style and stride pattern.

The AMBER Lab has long been focused on "human-inspired" robotic walking. The researchers collect data from humans and then analyse the constraints bestowed by our muscles and bones. These advantages and flaws are then applied to its robotic designs and controllers, effectively replicating how we move around. The work is fascinating not only for the field of robotics, but also the team's other specialism -- prosthetics. Robotic limbs that can move like their human counterparts could, in the future, prove valuable for amputees and other users with limited mobility.

An application in prosthetics is certainly easier to sell to the public. Alphabet, for instance, is trying to sell Boston Dynamics -- a team that's built some truly terrifying and impressive robots -- after its PR team expressed concerns with humanoid robotics and how it could affect people's perception of the company. "There's excitement from the tech press, but we're also starting to see some negative threads about it being terrifying, ready to take humans' jobs," Courtney Hohne, a director of communications at Google reportedly wrote in an internal email.

It seems marketing the technology can be just as difficult as building it.

In this article: amberlab, bipedal, bipedalrobot, robots, running, science, walking
All products recommended by Engadget are selected by our editorial team, independent of our parent company. Some of our stories include affiliate links. If you buy something through one of these links, we may earn an affiliate commission.