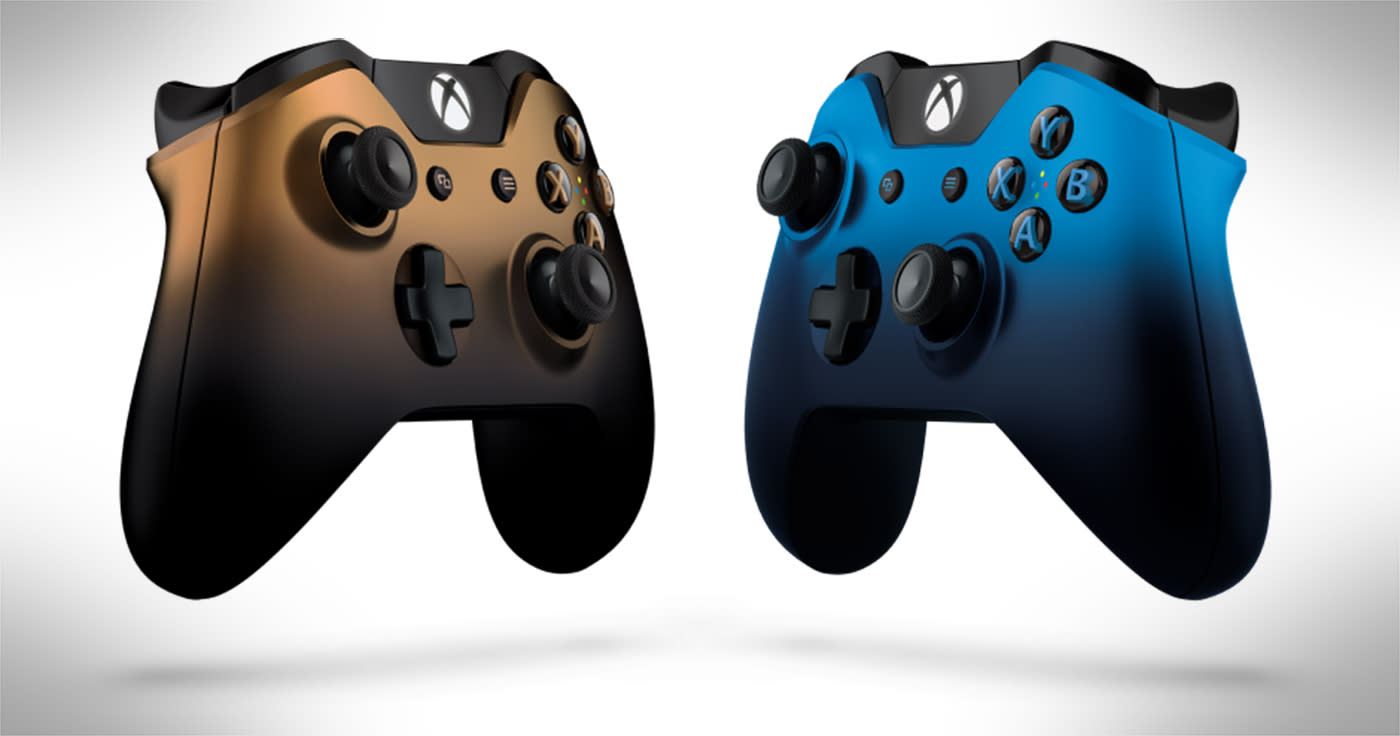 Special edition Xbox controllers aren't exactly breaking news, but Microsoft unveiled a pair that are pretty unique. The shadow design models come in "Copper Shadow" and "Dusk Shadow" hues that fade to black toward the bottom. They also have a faux-metallic finish, judging by a pair of videos tweeted out by Major Nelson (below). Otherwise, they're the same as regular controllers, but at $70 each, are $10 more expensive. In North and South America, you can get get both later this month at Microsoft's Store, or find the Copper Shadow model at Gamestop and Dusk Shadow variant at Best Buy. It'll hit the rest of the world in April.

In this article: controllers, DuskShadow, gadgetry, gadgets, gaming, microsoft, ShadowControllers, Wireless, Xbox, XboxOne
All products recommended by Engadget are selected by our editorial team, independent of our parent company. Some of our stories include affiliate links. If you buy something through one of these links, we may earn an affiliate commission.