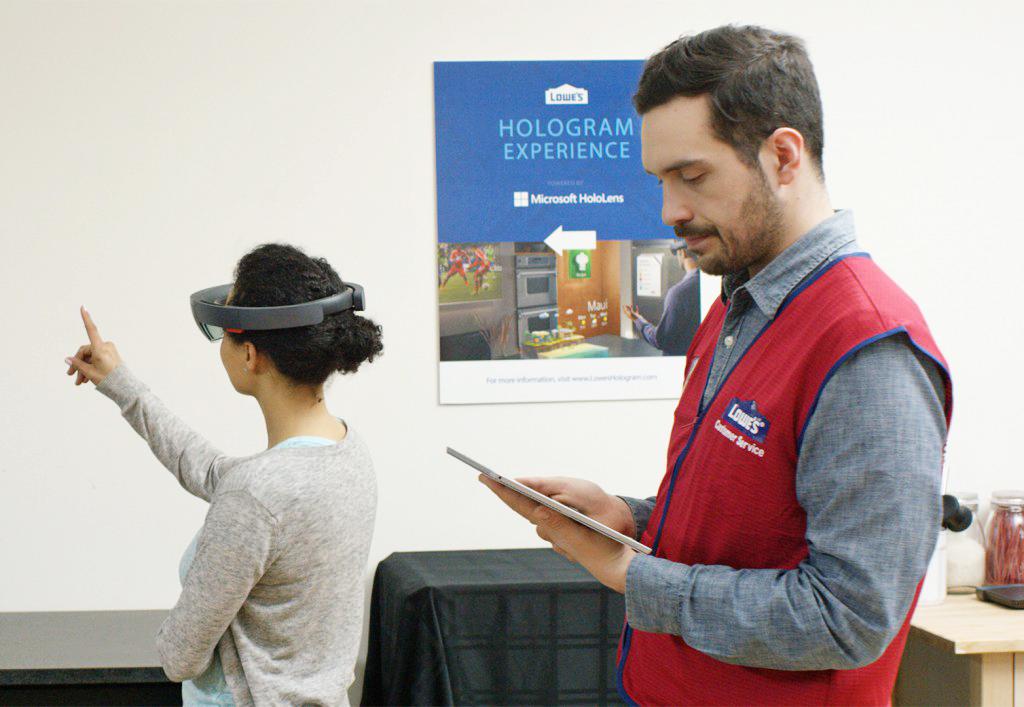 When it comes to HoloLens, Microsoft's augmented reality headset, the company's making very careful moves to introduce the holographic tech to the public. Case in point: Today, it announced a partnership with Lowe's, the home improvement chain, that will let customers in the Seattle area visualize a remodel of their kitchens using HoloLens in a showroom environment. The obvious appeal here being the cost benefits: there's no need to order, try and return expensive tiles or appliances if they don't suit your design tastes. They are just holograms, after all.

In keeping with its mixed reality promise, the Lowe's HoloLens showroom, which Microsoft says will kick off this month at a Lynwood, WA location, will be a mock-up of a mostly empty kitchen. That way customers can properly select from amongst different features like countertops, tables and cabinets, and view them all at scale. Microsoft says these holographic kitchen options will be at a high enough visual fidelity that customers will be able to distinguish key design elements such as how a matte or shiny appliance might look within a space. These holographic design plans will also be shareable online, so customers can walk away with a visual of their work in progress.

The first phase of this pilot program is slated for a select number of stores in the greater Seattle area, a location that's close to home for Microsoft, and will initially be used for internal testing before being open to customers. But there are plans to expand its reach to locations in Raleigh, North Carolina, which also conveniently happens to be nearby Lowe's own headquarters.

Image credit: Microsoft
In this article: ar, AugmentedReality, design, gadgetry, gadgets, gear, HoloLens, HomeImprovement, KitchenRemodeling, lowes, microsoft, wearables
All products recommended by Engadget are selected by our editorial team, independent of our parent company. Some of our stories include affiliate links. If you buy something through one of these links, we may earn an affiliate commission.