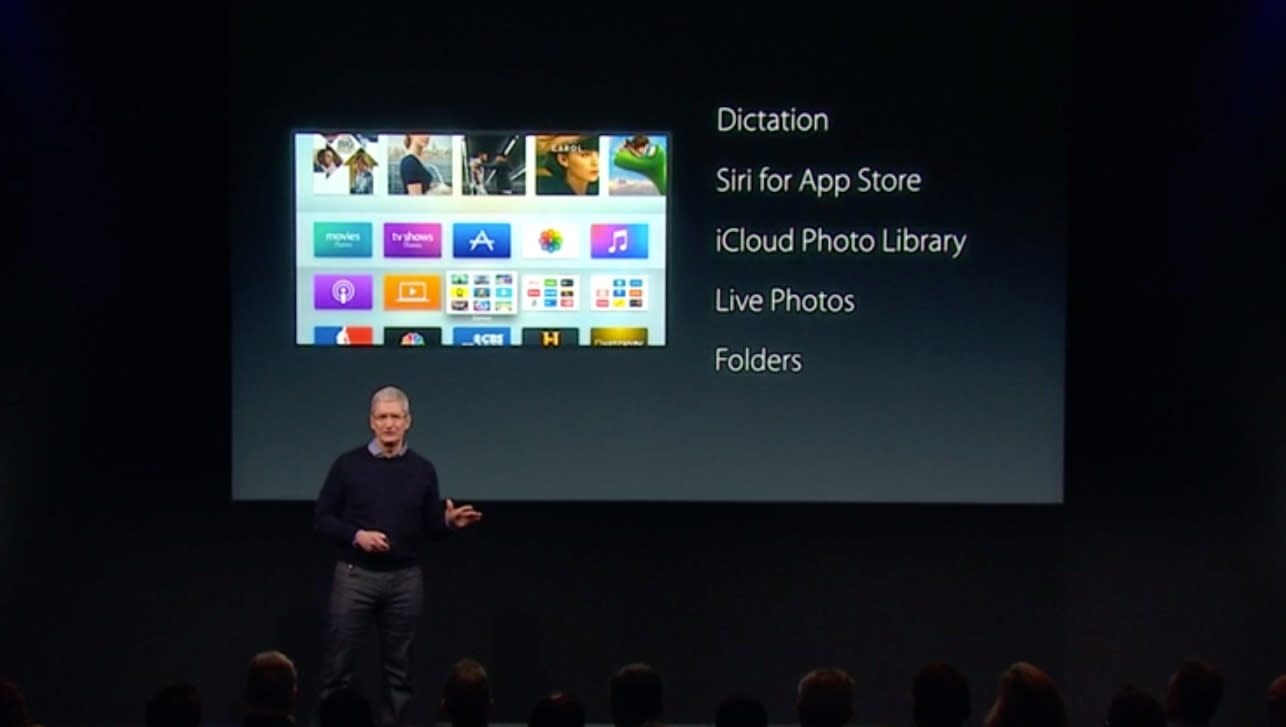 Today at Apple's "Loop You In" event the company had plenty to announce, including an update for its Apple TV. The headline features for the fourth version of the software are its App Store and new Siri Remote, and its next update will make both of those easier to use. Consistent with what we've seen in recent beta tests, Tim Cook just announced that an update arriving today will add folders, dictation, Siri voice search for the App Store, access to users' iCloud Photo Libraries, and support for Live Photos.

The ability to enter passwords by voice should make logging in on the TV much easier, and life with Apple TV considerably more pleasant. Of course, most of Apple's bragging was focused on the tvOS App library, which Cook says is up over 5,000 apps right now and includes selections like the NCAA March Madness app with picture-in-picture.

In this article: apple, AppleTV, av, gear, iphone2016, iPhoneevent2016, SiriRemote, tvOS, tvOS9.2, update
All products recommended by Engadget are selected by our editorial team, independent of our parent company. Some of our stories include affiliate links. If you buy something through one of these links, we may earn an affiliate commission.