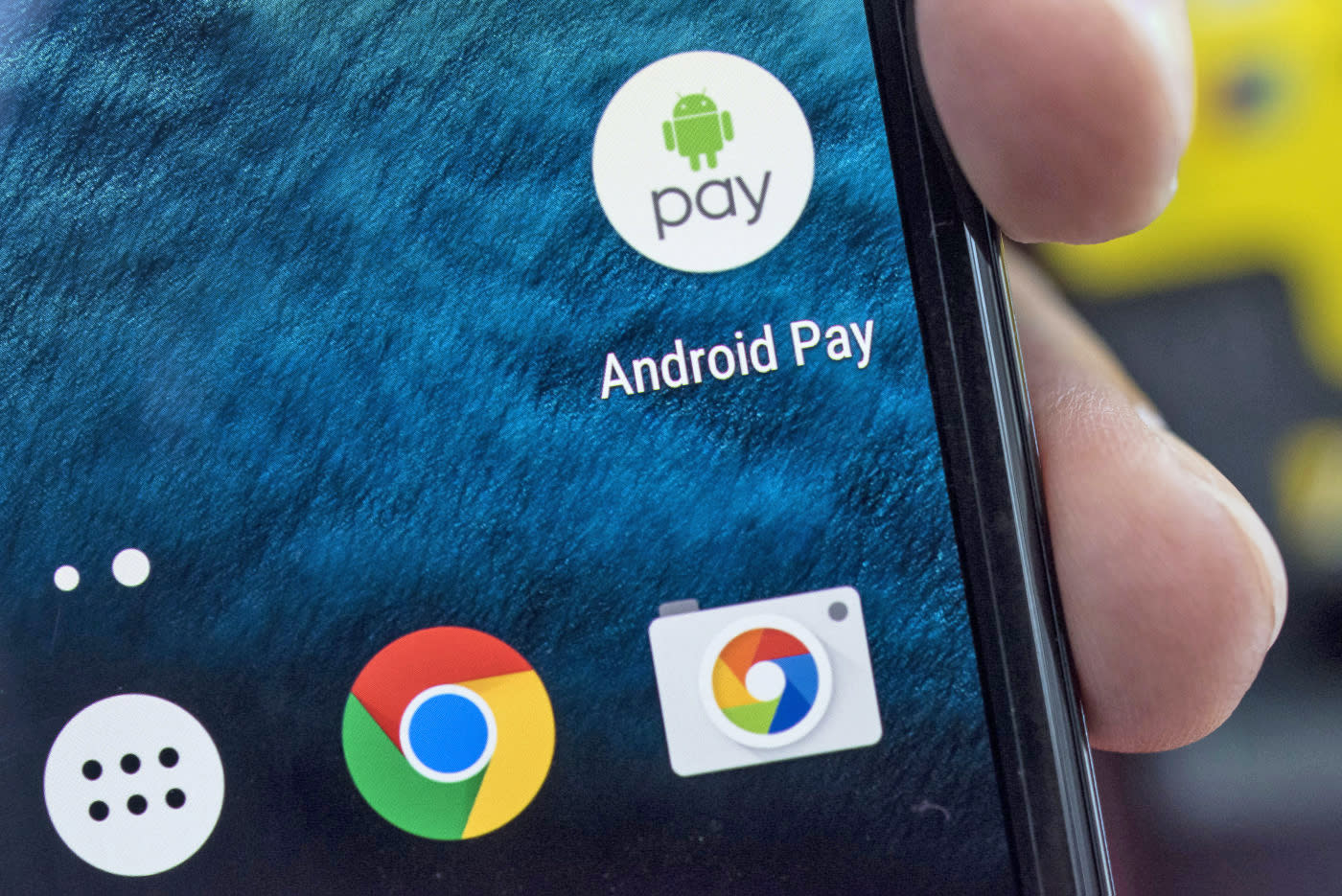 While iPhone users have been enjoying Apple Pay, Android adopters in the UK have been left twiddling their thumbs, or experimenting with alternatives like Barclays' bPay. Android Pay launched in the US last September, but Google has said little about a global rollout. Well, today that's finally changing. The search giant says its service will launch in Britain "soon," or specifically "in the next few months." It certainly won't be this month, anyway. Payments are handled over NFC, meaning the app will work anywhere that contactless payments are currently accepted. That includes Boots, Costa Coffee and the Tube network in London.

To use Android Pay, you'll need to link a compatible Mastercard, Visa credit or debit card. At launch, this will include those issued by the Bank of Scotland, First Direct, Halifax, HSBC, Lloyds Bank, M&S Bank, MBNA and Nationwide Building Society. The biggest omission from that list? Barclays. The bank, which is considered one of the "big four" in the UK, still doesn't support Apple Pay, and seems equally lackadaisical about Google's rival service. It's frustrating but perhaps unsurprising, given that the company is trying to promote its own bPay platform and wearables instead. Google has promised that new banks will be added "all the time," however.

Android Pay acts as a digital wallet, so users will be able to use their account as a payment method for third-party apps such as Deliveroo, YPlan and JD Sports. It should be a one-tap process, removing the need to submit your bank card details every time you complete a purchase.

Until now, Apple has enjoyed a huge head start over Google in the UK. Android Pay's delayed launch might not matter, however, given that the two services are exclusive to separate mobile operating systems. Consequentially, there are plenty of Brits that own an Android phone and haven't used a mobile payments platform yet. Google does, therefore, still have a huge potential user base to aim for. Furthermore, contactless payments -- and specifically, paying with your phone -- is now a familiar and natural behaviour for Brits. That should make Android Pay easier to market and, in the process, improve its chances of being adopted.

Update: Barclays says it won't be supporting Android Pay: "At this stage we are not planning on participating in Android Pay in the UK."

In this article: android, androidpay, gear, google, mobilepayments, payments, services
All products recommended by Engadget are selected by our editorial team, independent of our parent company. Some of our stories include affiliate links. If you buy something through one of these links, we may earn an affiliate commission.