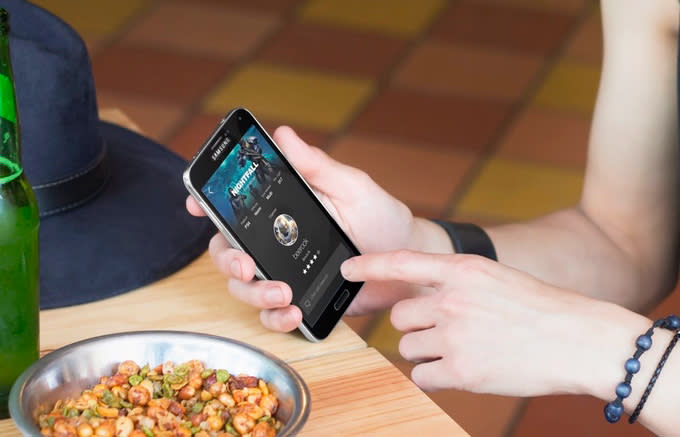 Online multiplayer isn't just an afterthought for many of today's PC and console games -- it's central to the whole experience. Games like Destiny work best as massively multiplayer experiences, where you're part of focused squads taking down difficult opponents. Quickly finding a competent team can be difficult, however, which is why tools like DestinyLFG have flourished online.

DestinyLFG (LFG = Looking For Group) is a website that allows Guardians to submit posts stating what quests they wish to complete, exactly the type of player they're looking for and list other in-game requirements. The site now counts over 6 million users from all over the world. With a dedicated user base using the site daily, the team behind it has decided to branch out. It's headed to Kickstarter to launch For The Win (FTW), a new app that incorporates all of the useful elements of DestinyLFG and makes them available to communities of other popular multiplayer games.

Beerock Studios have set a $75,000 goal to create the FTW app. When released, the app will feature Looking For Group tools for games like Call of Duty: Black Ops II, Destiny, Borderlands, Minecraft, The Division and a number of EA Sports titles like FIFA. Users will be able to rate gamers to help others understand who they're teaming up with, chat with them before a game and schedule future events. Twitch streams can also be embedded into listed games, allowing the community to see how you're getting on.

If the app does get built, that doesn't mean the websites will go away. An app request to drive into the heart of The Division's Dark Zone will also appear on the FTW website for that particular game. Both iOS and Android will be supported, supplying notifications for events, chat requests, start times on your mobile device rather than frequent notices on your PC or console.

Like DestinyLFG, FTW will offer free memberships, which will be supported by "non-disruptive" advertising. There will also be a premium plans, which removes limits on numbers of friends and allows Twitch streaming (although there's currently no guidance on price). The paid element might put some people off, especially if they've already grabbed a season pass for the game they're playing, but it shouldn't stop casual gamers from jumping into the odd raid from time to time.

In this article: app, av, destiny, destinylfg, forthewin, ftw, gaming, internet, kickstater, matchmaking
All products recommended by Engadget are selected by our editorial team, independent of our parent company. Some of our stories include affiliate links. If you buy something through one of these links, we may earn an affiliate commission.