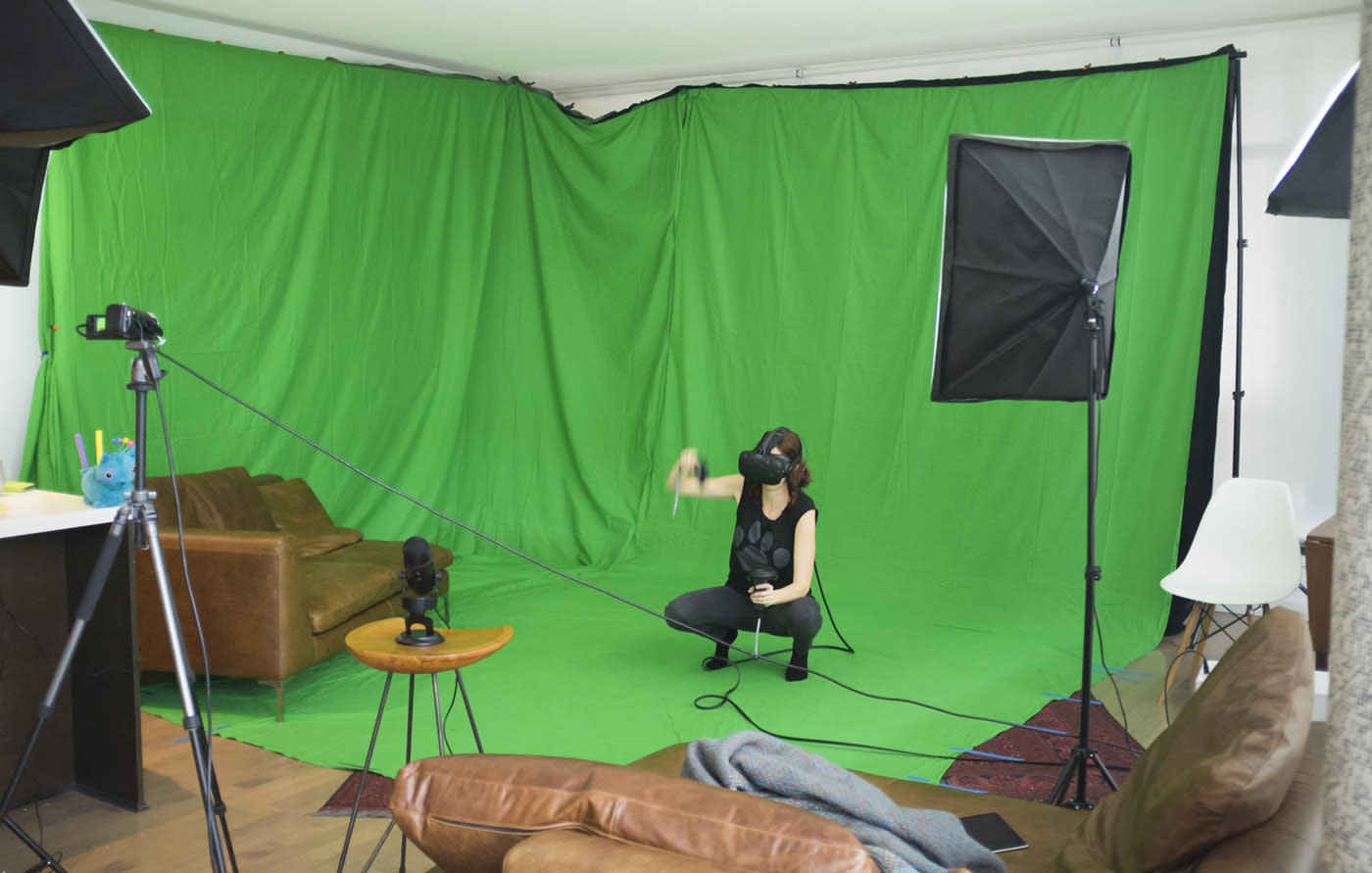 Mixed reality games -- which combine VR and AR -- are about to become very mainstream when the HTC Vive and Oculus Rift virtual reality headsets ship in just a few days. For Twitch streamers who want to do justice to the first wave of such games, there are myriad new technical challenges (and costs). Luckily, the team that brought the us the delightful mixed reality building game Fantastic Contraption has put together a guide on streaming in the new format.

To let viewers see you interacting with the game, you're going to need a green screen and at least an 8x12 foot space. To film with a couch, as shown above, you'll need a larger free area around 15x12 feet. Equipment-wise, you'll need a greenscreen, 1080p/60fps camera (preferably not a webcam), some lights, and a microphone (the instructions include a complete list).

After your studio is ready, you'll need to set up the game, install and configure the OBS (open broadcasting software), sync the real-world to the game camera and program the director controls. With the latter functions, you'll be able to switch between the player's POV, a free camera to view levels and contraptions, and the mixed-reality camera. A lot of work? Sure, but if you like tinkering with cameras and computers to do some very cool Hololens-style mixed-reality streaming (as shown above), you'll have a lot of fun, too.

In this article: av, cameras, gaming, htc, HTCVive, Instructions, MixedReality, Streaming, Twitch, video, VR, wearables
All products recommended by Engadget are selected by our editorial team, independent of our parent company. Some of our stories include affiliate links. If you buy something through one of these links, we may earn an affiliate commission.