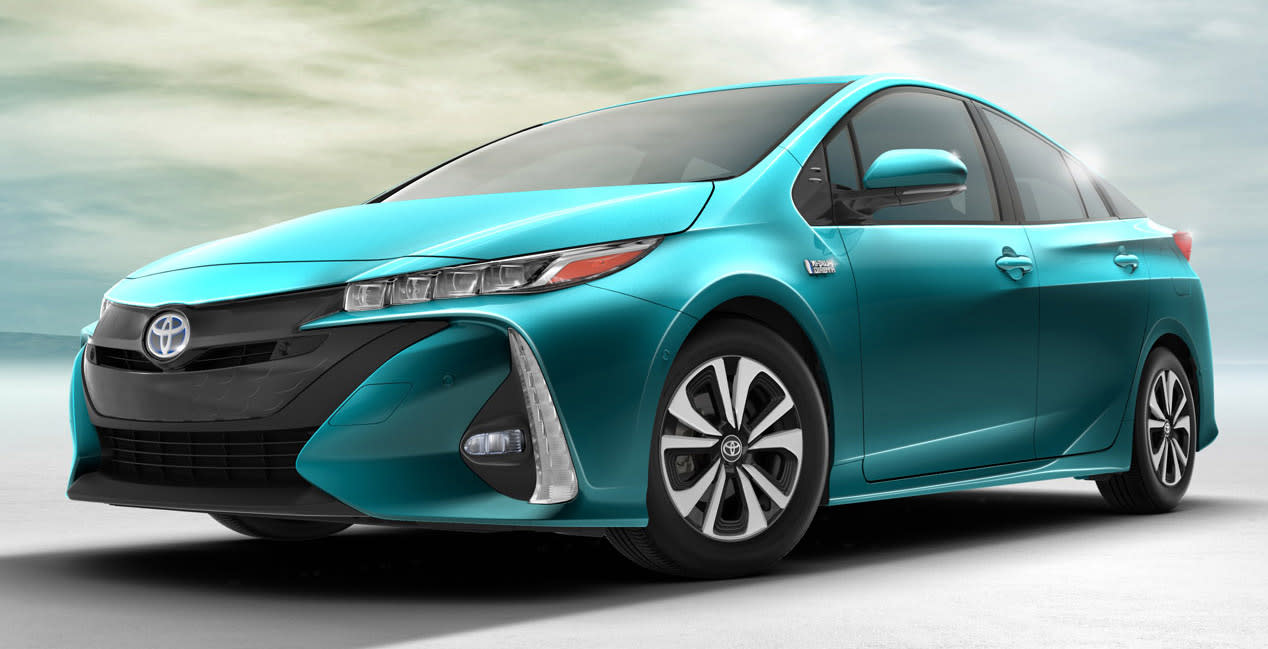 Tesla is set to unveil its most affordable electric car ever next weekend, but Chevrolet stole a bit of its thunder by rolling out the first pre-production Bolt EV. Meanwhile, Toyota debuted the Prius Prime, a plug-in hybrid with a record-breaking 120 MPGe rating. Hybrid Air Vehicles launched the world's largest airship, which can fly for three weeks straight without a crew. And frequent fliers will be relieved to learn that Airbus has developed a new plane designed to eliminate jet lag.

In clean energy news, General Electric just announced that America's first offshore wind farm will be completed by the end of this year. China kicked its environmental initiatives up a notch with plans to triple its solar power capacity by the year 2020. Tesla has discontinued its 10kWh Powerwall home battery as it prepares to launch a new model this summer. A tiny house village for the homeless in Oregon received a solar energy upgrade, and we spotted a handy photovoltaic "Lifepack" that keeps your gadgets powered on the go.

Producing water from thin air sounds like a magic trick, but that's exactly what the Warka Water Tower does, and this week the project took home a World Design Impact Prize. Meanwhile, an Icelandic designer developed a biodegradable water bottle made entirely from algae, and a Berlin grocery store unveiled a vertical micro-farm that grows fresh produce on-site. In China, an abandoned factory has been transformed into a green oasis complete with floating fields of crops. An ambitious architect unveiled plans for a gorgeous glass home built around a gigantic tree. And we spotted an insane proposal to surround New York's Central Park with 1,000-foot glass walls.

In this article: airbus, boltev, chevrolet, chevy, design, GE, gear, generalelectric, green, hybridairvehicles, inhabitat, inhabitatweekingreen, partner, powerwall, priusprime, science, syndicated, tesla, toyota, toyotapriusprime, transportation, weekingreen
All products recommended by Engadget are selected by our editorial team, independent of our parent company. Some of our stories include affiliate links. If you buy something through one of these links, we may earn an affiliate commission.