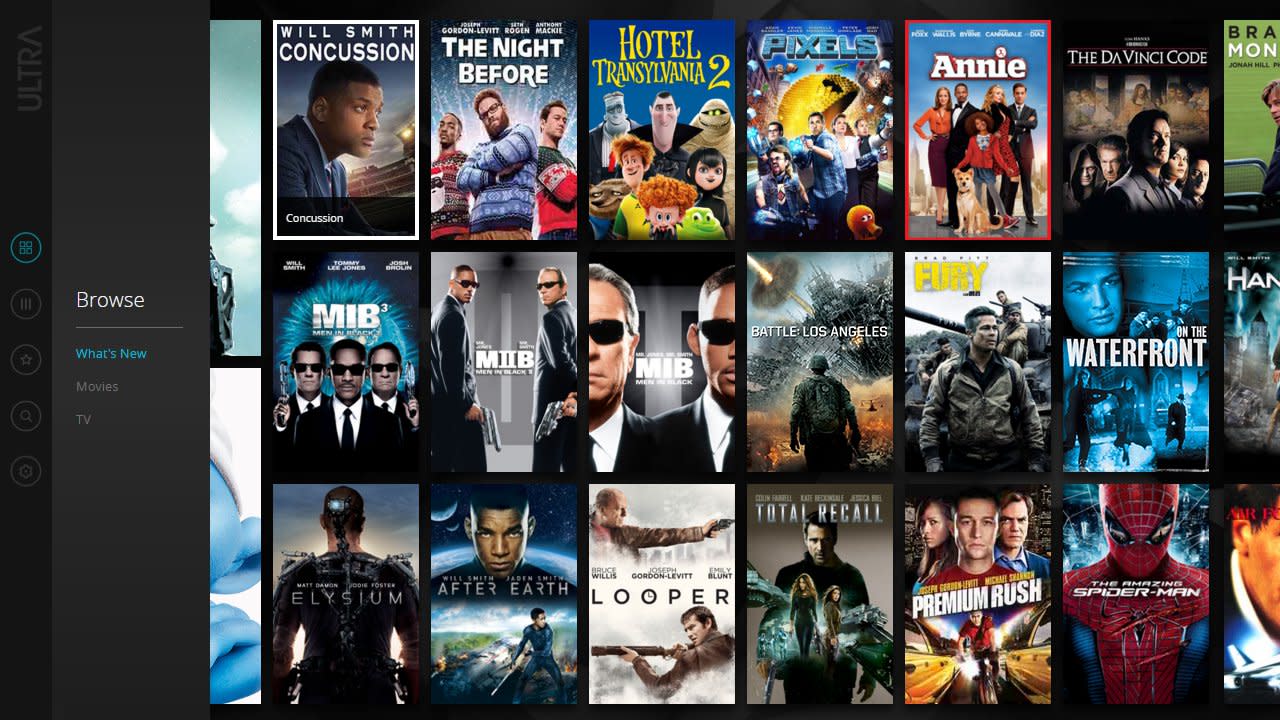 Sony isn't wasting any time with its 4K streaming service, Ultra, which was announced back at CES. It'll be launching on April 4 exclusively on Sony's new 4K TV sets, the company announced today. Don't expect any rental options, though -- Sony is focusing solely on digital purchases. The 4K films will go for $30 with HDR (some will also include special features). Those include newer titles like Concussion and The Walk, as well as older films like Crouching Tiger, Hidden Dragon.

If you've already purchased films on Sony's online store, you'll be able to upgrade to the 4K version for a "discounted" price. You'll also get four titles for free if you purchase a new 4K Sony TV this summer. Additionally, Ultra is Ultraviolet compatible, so you'll be able to link to your existing library of films. It sounds like you'll only be able to stream Sony-owned Ultraviolet content, though.

Update: Jake Winett from Sony Pictures confirmed at an event in San Francisco that you'll only be able to pull in your Sony studios Ultraviolet movies, at least for starters. He did say they'd like to add content from other studios, but it won't be there at launch. Winett also said that it was technically very easy for Sony to add the option to rent movies and that the focus on purchases is a "commercial decision." If Sony seems consumer demand for it, however, rentals may show up on the platform at a later date.

$30 for a 4K digital purchase does sound pretty steep, but it's cheaper than shelling out $400 for Samsung's 4K Blu-ray player and paying a bit more for discs. Of course, you'll only be able to get Sony's films on Sony's service. Still, if Ultra ends up being easy to use, I wouldn't be surprised if some customers ended up buying several titles. Expect to see plenty more 4K streaming services this year, in addition to Ultra and Vudu's offerings. And don't be surprised if they end up leading consumers away from 4K Blu-ray.

In this article: 4K, av, entertainment, gear, sony, Ultra
All products recommended by Engadget are selected by our editorial team, independent of our parent company. Some of our stories include affiliate links. If you buy something through one of these links, we may earn an affiliate commission.