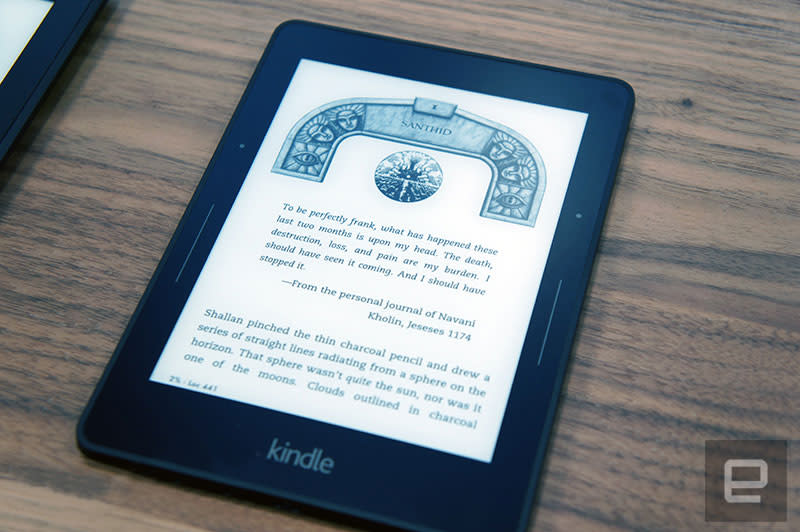 If you're thinking about buying a Kindle Voyage, you probably should hold off. Amazon CEO Jeff Bezos just tweeted this morning that the company is ready to release an "all-new, top of the line" Kindle next week. Presumably, that'll be a replacement for the aging but still powerful Kindle Voyage, which was released back in the fall of 2014. It's still an excellent e-reader (albeit an expensive one at $200), but the mid-range Kindle Paperwhite has since adopted its high-resolution screen at a much lower price.

The Voyage is still slightly smaller and lighter than the Paperwhite; it also features a screen with adaptive lighting technology and has pressure-sensitive page turn buttons. But for most readers, the cheaper Paperwhite is the better buy. We'll see what Amazon has to differentiate its new e-reader from the Voyage next week, but as for now Bezos isn't dropping any other details.

It's also worth noting that this is a pretty strange way to drop some news -- most new device launches are obviously shrouded in secrecy. Bezos' transparency around this implies that it's not that big of a deal, despite his "all-new" proclamation. And e-readers aren't exactly hotly anticipated gadgets at this point; Amazon got the formula right with the Kindle and continues to dominate the market with it. So there's not a whole lot for Bezos to lose by giving the masses a little tease of what's coming next.

In this article: amazon, amazonkindle, ereader, gadgetry, gadgets, gear, jeffbezos, kindle
All products recommended by Engadget are selected by our editorial team, independent of our parent company. Some of our stories include affiliate links. If you buy something through one of these links, we may earn an affiliate commission.