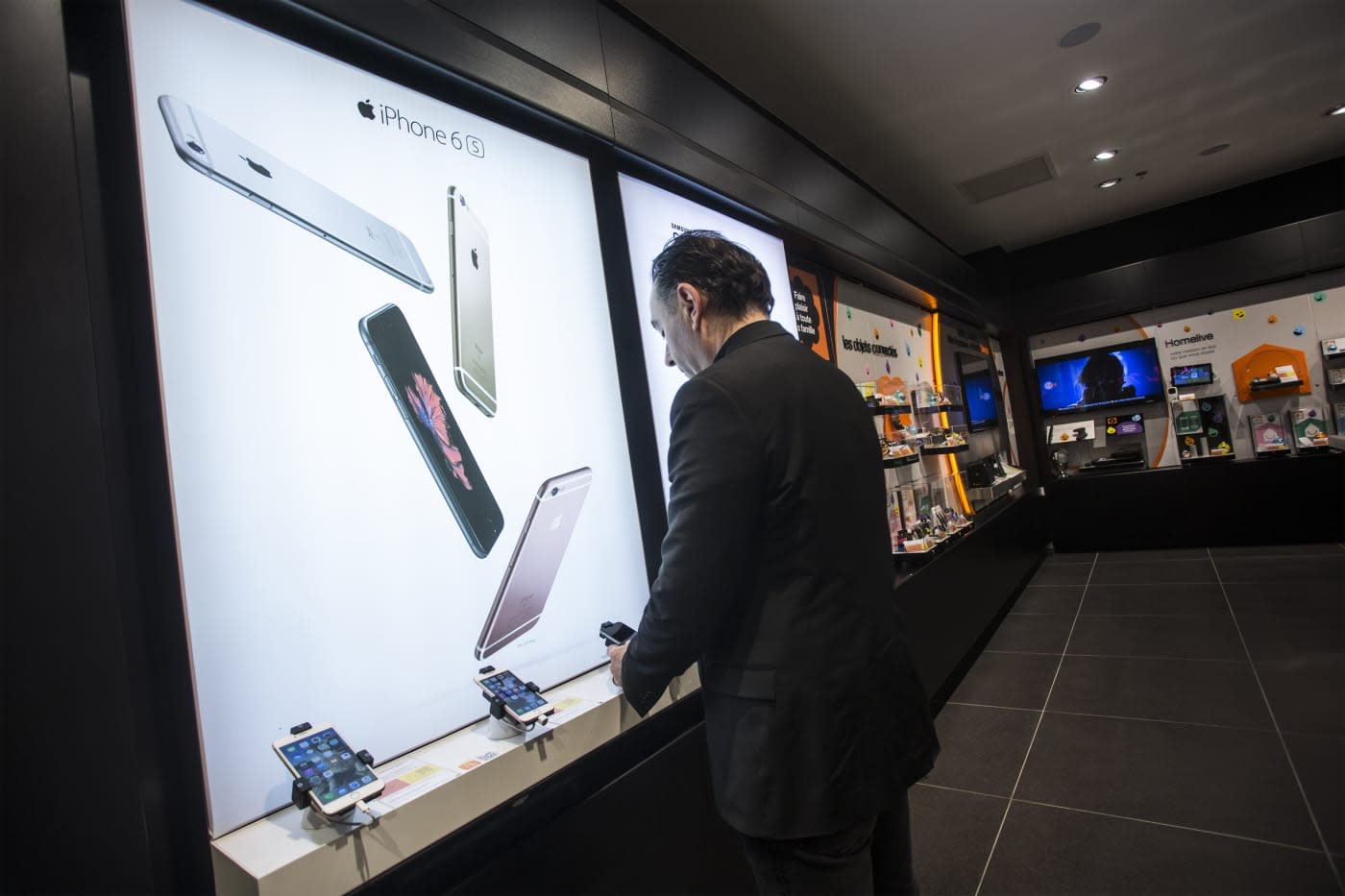 Have you noticed that many carriers give prominent placement to the iPhone in their catalogs, with virtually identical marketing? That's because Apple gets to dictate some pretty strict terms to providers that want the iPhone in their roster... and France isn't happy about it. The country's competition regulators have launched a complaint against Apple that asks the tech giant to pay a total of €48.5 million (about $55.3 million) and change carrier deal clauses that are reportedly illegal. If you ask officials, these pacts are extremely lopsided.

Carriers have to order a minimum number of iPhones, pay for ads (including in-store displays), cover some of the costs of repairs, let Apple use some of their patents and offer their branding as Apple sees fit. At the same time, they give up control over using Apple's brand and lose power over payment plans. If the crew at 1 Infinite Loop likes, it can also void a contract without any heads-up.

We've asked Apple for its take on the complaint, and we'll let you know if it has something to share. However, there's little doubt that the company frequently has carriers over a barrel. The iPhone is still a staple of most big phone networks' lineups, and they ignore the device at their peril. If this legal action succeeds, it could not only reduce that competitive pressure in France, but inspire other countries to demand similar reforms.

In this article: apple, BouyguesTelecom, dgccrf, france, free, freemobile, gear, government, iphone, mobile, orange, regulation, sfr, smartphone
All products recommended by Engadget are selected by our editorial team, independent of our parent company. Some of our stories include affiliate links. If you buy something through one of these links, we may earn an affiliate commission.