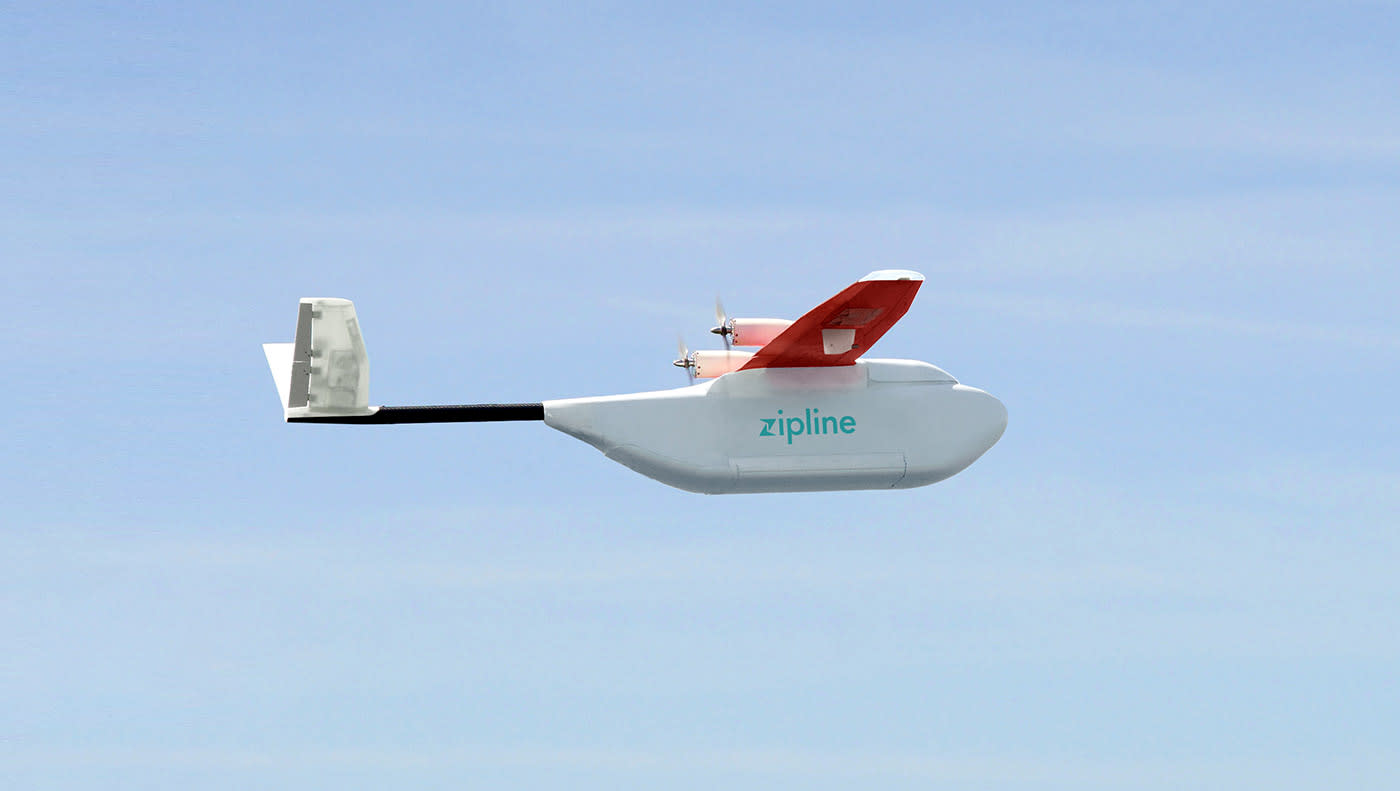 In July, a fleet of fixed-wing drones will start dropping precious medical supplies to 21 hospitals and clinics in western Rwanda. These autonomous drones are made by an American startup called Zipline, which signed a contract with the country's government in February. They're designed to follow a flight path stored in a SIM card, fly to a clinic and drop their payload attached to a paper parachute from a low altitude before going back to their base. The machines can carry up to 3.5 pounds of blood and medicine, and each one can make 50 to 150 deliveries a day, flying around 180 miles an hour.

It might sound odd that Rwanda will have an established a drone network before the United States, but it makes sense for the country to deliver lifesaving cargo using drones. In developing nations, you often have to deal with unpaved -- or even lack of -- roads, heavy traffic, lack of access to transportation, among other things. With a drone network in place, a clinic can send a text message, and a drone could be there in 30 minutes if it's within 90 miles of the UAVs' homebase. That said, a startup called Flirtey recently made the first FAA-approved drone delivery in Nevada, so the industry is at least making some progress in the US.

Rwanda plans to expand its drone network's capabilities to benefit the country's economy. Zipline founder William Hetzler told The New York Times that the country wants to become "a technology hub for East Africa and ultimately the whole continent of Africa." As for Zipline, Rwanda is just the beginning; it will deploy its drones to other developing countries within this year.

In this article: drone, drones, eastafrica, medicalsupplies, medicine, robots, rwanda, science, zipline
All products recommended by Engadget are selected by our editorial team, independent of our parent company. Some of our stories include affiliate links. If you buy something through one of these links, we may earn an affiliate commission.