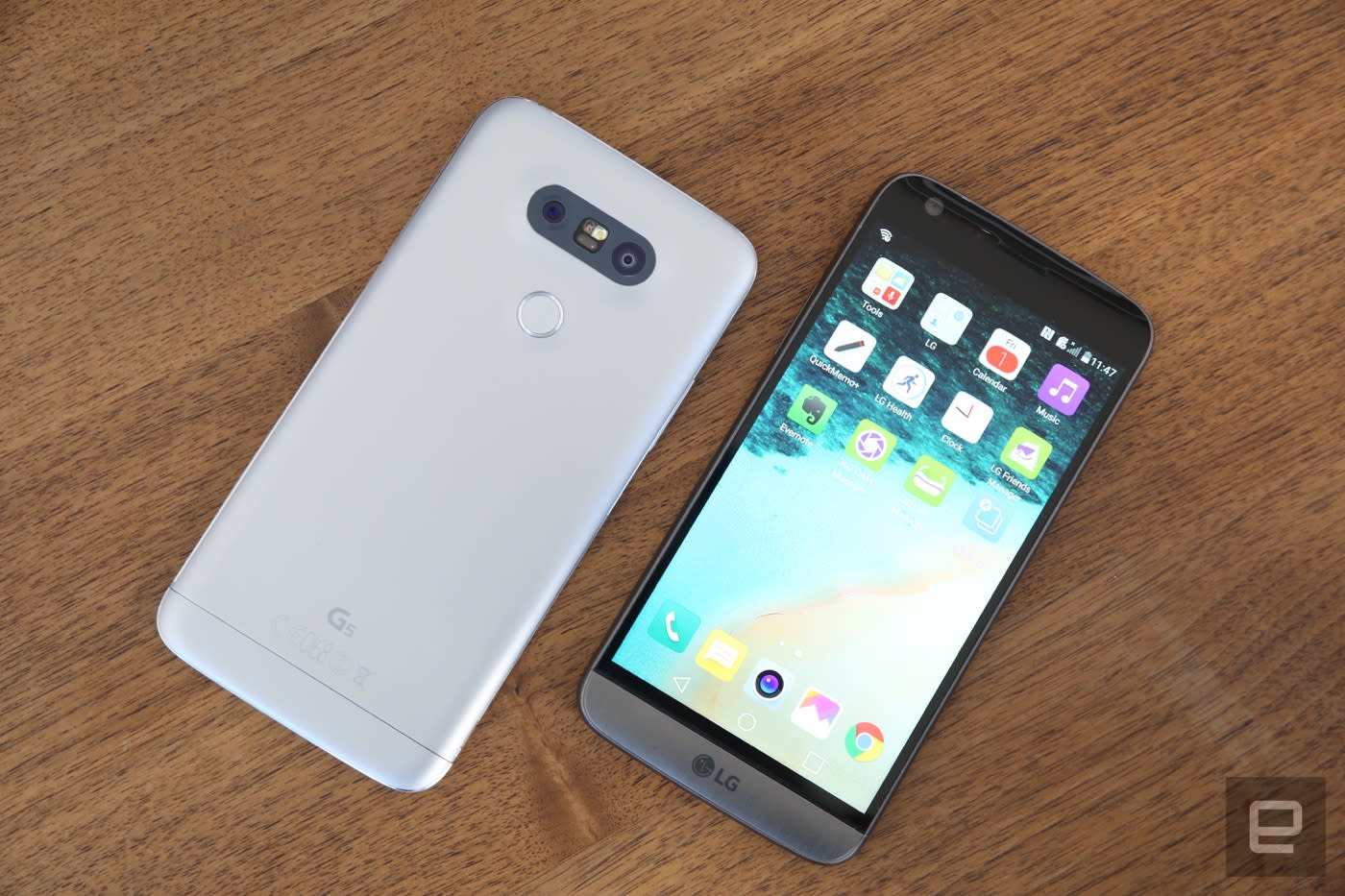 If LG flagships have played it relatively safe over the past few years, then the new G5 is downright dangerous. Like any top-of-the-range smartphone, its specs tick all the right boxes, but otherwise it's not exactly typical. First, there's the handset's dual-camera arrangement for super-wide-angle shots, and then, there are "Friends." That's LG's cute/creepy term for a range of quirky accessories that compliment the kind-of-modular G5, which has a removable, replaceable bottom bezel. If you're looking for something different, the G5 is far from generic, and it's now available to buy in the UK.

For whatever reason, LG flagships don't seem to make quite the same splash as new releases from rivals like Samsung and Apple. Three isn't even ranging the device on launch day, for instance, and while Carphone Warehouse is slightly less apathetic, it's still listing the device as up for pre-order at time of writing. But there are plenty of contract options, though you might want to pay special attention to O2 and Vodafone, since both are offering early bird bonuses in the form of a free Cam Plus accessory.

Ending 27th April, O2's promotion is available on monthly plans with a data cap of at least 1GB (note that the cheapest contract options in the table above only include 500MB of data). Any Vodafone Red or Red Value tariff will make you eligible for a free Cam Plus, though only the first 3,000 customers will get one.

MVNOs aren't showing a great deal of love for the G5 on launch day. In fact, Virgin Mobile appears to be the only one with available stock right now. It's offering the G5 on contracts from £31 per month for non-customers, and any order before May 31st will snag you a free 32-inch LG HDTV to boot. TalkTalk and giffgaff will definitely be ranging the G5, it seems, but you can't actually get one from either currently.

If it's an unlocked, SIM-free G5 you're after, circa £530 is what you'll be expected to pay at the online retailers we're most familiar with (Expansys, Unlocked Mobiles, Clove and a few others). Carphone Warehouse, however, is selling the G5 for £500 online, and Amazon is matching that price at the moment, though it's asking you wait until April 22nd at the earliest for delivery.

One of the key selling points of the G5 is its range of quirky accessories, known as "Friends." LG's UK website only points us towards one retailer pushing the whole range -- LaptopOutlet.co.uk -- where everything but the robot ball camera is now up for pre-order.

In this article: g5, gear, lg, lgg5, mobile, uk-feature
All products recommended by Engadget are selected by our editorial team, independent of our parent company. Some of our stories include affiliate links. If you buy something through one of these links, we may earn an affiliate commission.