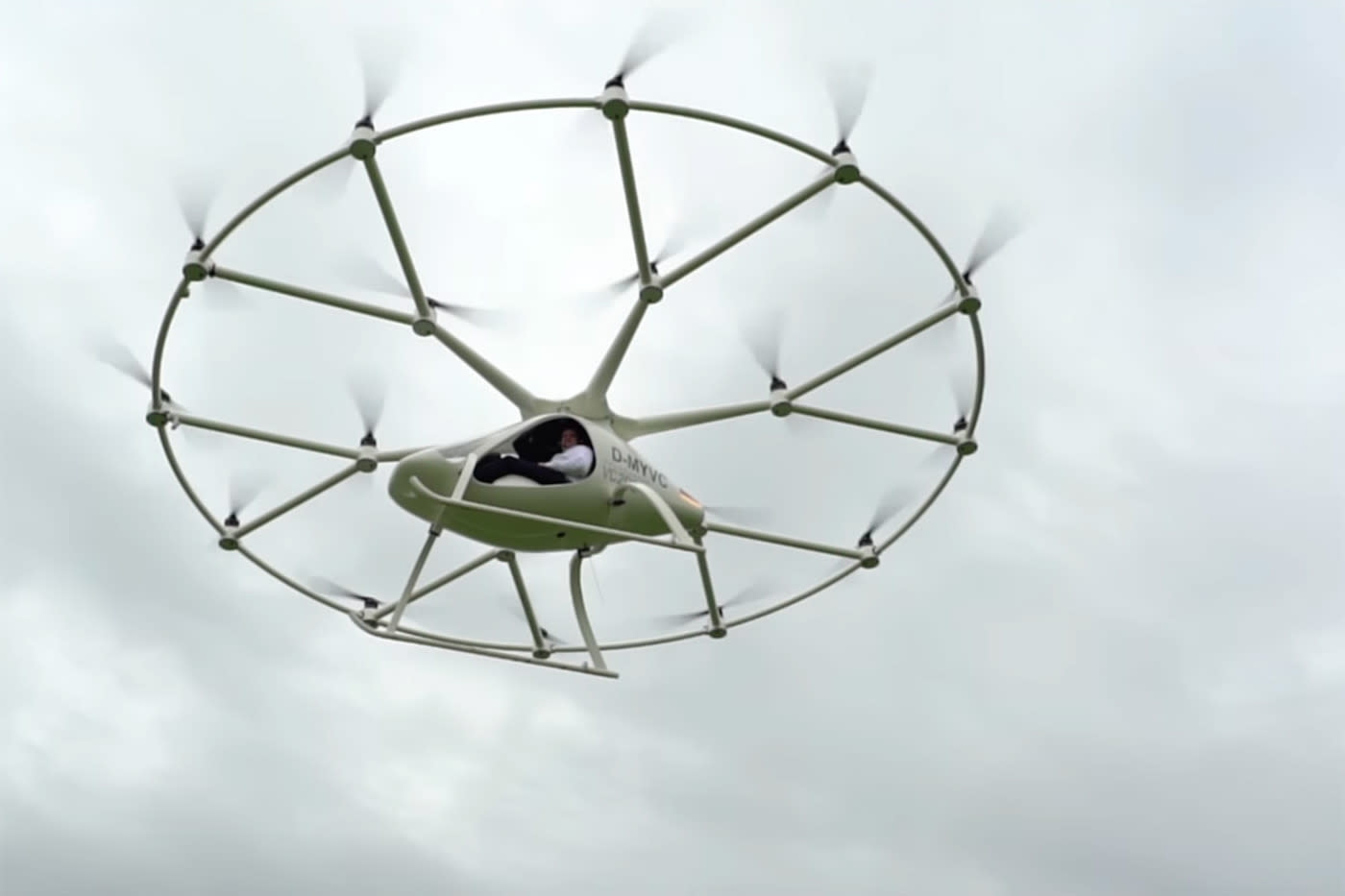 E-Volo has been talking about the prospect of using many-rotor electric helicopters (aka multicopters) as semi-affordable personal transport for years, and it now looks like this isn't just a far-fetched dream. The company recently completed the first manned test flight of the first certified multicopter, the Volocopter VC200, and documented the whole affair on camera. It wasn't the most ambitious flight, as you'll see in the clips below, but it shows exactly what the extremely stable, drone-like vehicle can do. You don't need to constantly monitor the controls to keep the VC200 airborne, making it perfect for newcomers.

The designers still have to ramp up their tests to the point where the Volocopter hits its full 60MPH top speed, but they're now confident enough that they hope to take pre-orders later this year. It'll likely only be limited to enthusiasts at first, but the dream is to use the aircraft's unique properties to expand what's possible. Since it's easy to fly, fuel-free and relatively quiet, you could use it for personal flights over noise-sensitive areas without requiring gobs of training or exorbitant maintenance costs. While E-Volo's grand visions of multicopters air taxis seem premature (you need more than one passenger seat for that, to begin with), they're no longer that outlandish.

In this article: aircraft, e-volo, gear, helicopter, multicopter, transportation, vc200, video, volocopter
All products recommended by Engadget are selected by our editorial team, independent of our parent company. Some of our stories include affiliate links. If you buy something through one of these links, we may earn an affiliate commission.