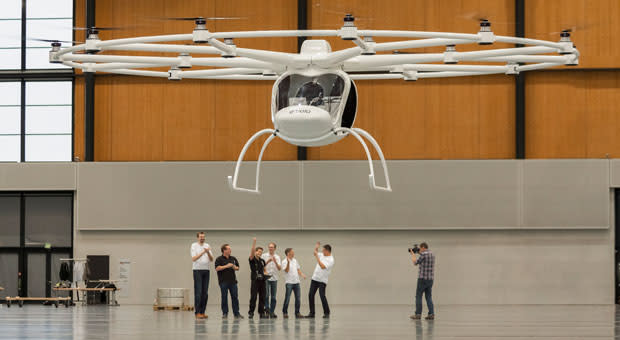 If you've ever wondered what would happen if someone made one of Parrot's AR.Drones big enough to sit in, then heads-up, E-Volo's Volocopter VC200 is, broadly speaking, just that. The craft, which the company hopes you won't call a helicopter, packs 18 electrically driven rotors on a circular frame, and has just completed its first test flight in Germany. While it can currently only hover for 20 minutes, there are plans to get it traveling at 54 knots for more than an hour at a time. If you're curious to see it in action, head on past the break, but just be warned that it's not quite ready to shorten our commutes just yet.

In this article: E-Volo, VC200, video, Volocopter
All products recommended by Engadget are selected by our editorial team, independent of our parent company. Some of our stories include affiliate links. If you buy something through one of these links, we may earn an affiliate commission.