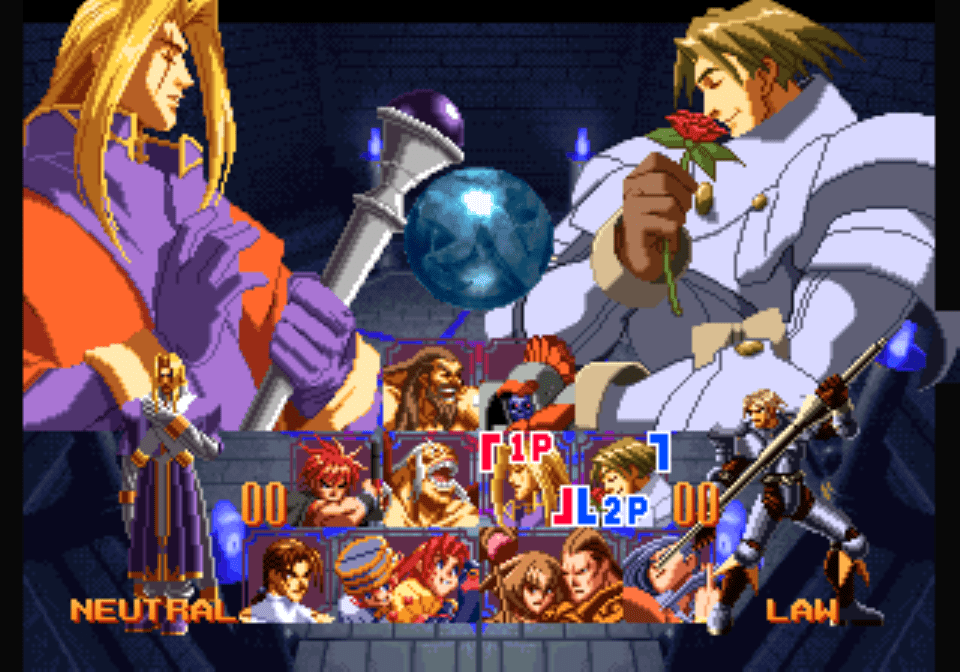 The Neo Geo served as a launchpad for a handful of influential fighting game franchises like The King of Fighters, but there may be one more masterpiece buried in the 26-year-old hardware. About a year ago, Neo Geo fan Brian Hargrove bought an unlabeled ROM board at a Japanese auction for about $600 in the hopes that it would contain leftover data he could play with, USgamer reports. After a few failed attempts to extract its secrets, he got it working and stumbled across an unknown, unfinished fighting game prototype that might tie into Dungeons & Dragons lore. Happily, he's shared videos and images of the mystery title in action.

Until someone steps forward with insider information, there's no way to know which studio made the game or what it was called. But, there are some clues. The board also contained data for the 1995 game Voltage Fighter Gowcaiser from Technos, though USgamer notes the mystery game looks more elaborate than that studio's other Neo Geo titles. Plus, the game has an overall Dungeons & Dragons feel -- each character can choose to be Chaotic, Neutral or Lawful, a system that mirrors the classic alignment choices in D&D.

The game clearly wasn't finished, but it's still fun to see what could have been, thanks to a handy hardware detective.

In this article: av, DungeonsAndDragons, FightingGames, gaming, mystery, NeoGeo, personal computing, personalcomputing, Retro, Technos
All products recommended by Engadget are selected by our editorial team, independent of our parent company. Some of our stories include affiliate links. If you buy something through one of these links, we may earn an affiliate commission.