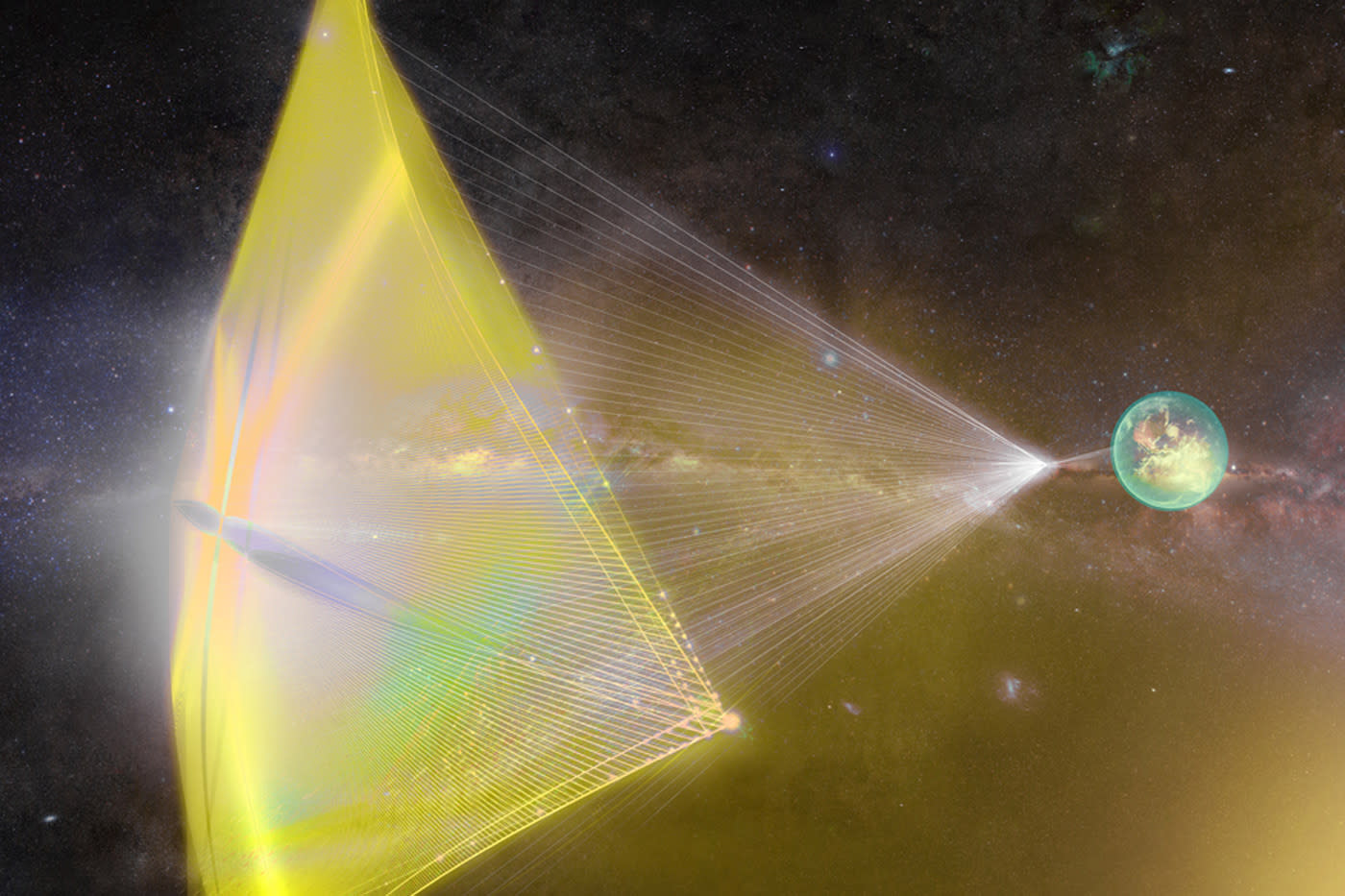 The concept of exploring other star systems with probes (and not just telescopes) has proven elusive for one good reason: even the fastest spacecraft would take 30,000 years just to reach Alpha Centauri, our closest neighboring star. However, investor and space project enthusiast Yuri Milner thinks it's possible to do better. He and physicist Stephen Hawking have launched Breakthrough Starshot, a $100 million program that aims to get probes to Alpha Centauri within a generation. If all goes well, the observers would reach the relatively close-by system (4.4 light years away) within 20 years of leaving Earth.

The current proposal would revolve around thousands of tiny "nanocrafts" that would use lightsails as propulsion. If you hit those sails with an sufficiently high-powered laser (Breakthrough is talking up to 100 gigawatts), the probes could travel up to 20 percent of the speed of light. That breakneck pace would prevent them from staying in the Alpha Centauri system for long, but that would be enough to collect data about the star's alien worlds and send it back. Humanity would hopefully get that information 4 years later by using the same laser equipment that launched the probes in the first place.

Starshot revolves around a very open strategy that would rely on public scientific data and allow anyone to contribute ideas. However, there are are still some big "ifs" involved. The program will only work if it can build the nanocrafts, if laser technology is good enough to reach the intended speeds, if enough of the craft can survive the journey without being waylaid by cosmic dust or similar obstacles. Needless to say, though, it's a big deal if everything comes together -- interstellar exploration wouldn't have to wait for your descendants.

In this article: alphacentauri, breakthroughprizefoundation, breakthroughstarshot, exoplanet, laser, lightsail, nanocraft, probe, science, space, spacecraft, stephenhawking, video, yurimilner
All products recommended by Engadget are selected by our editorial team, independent of our parent company. Some of our stories include affiliate links. If you buy something through one of these links, we may earn an affiliate commission.