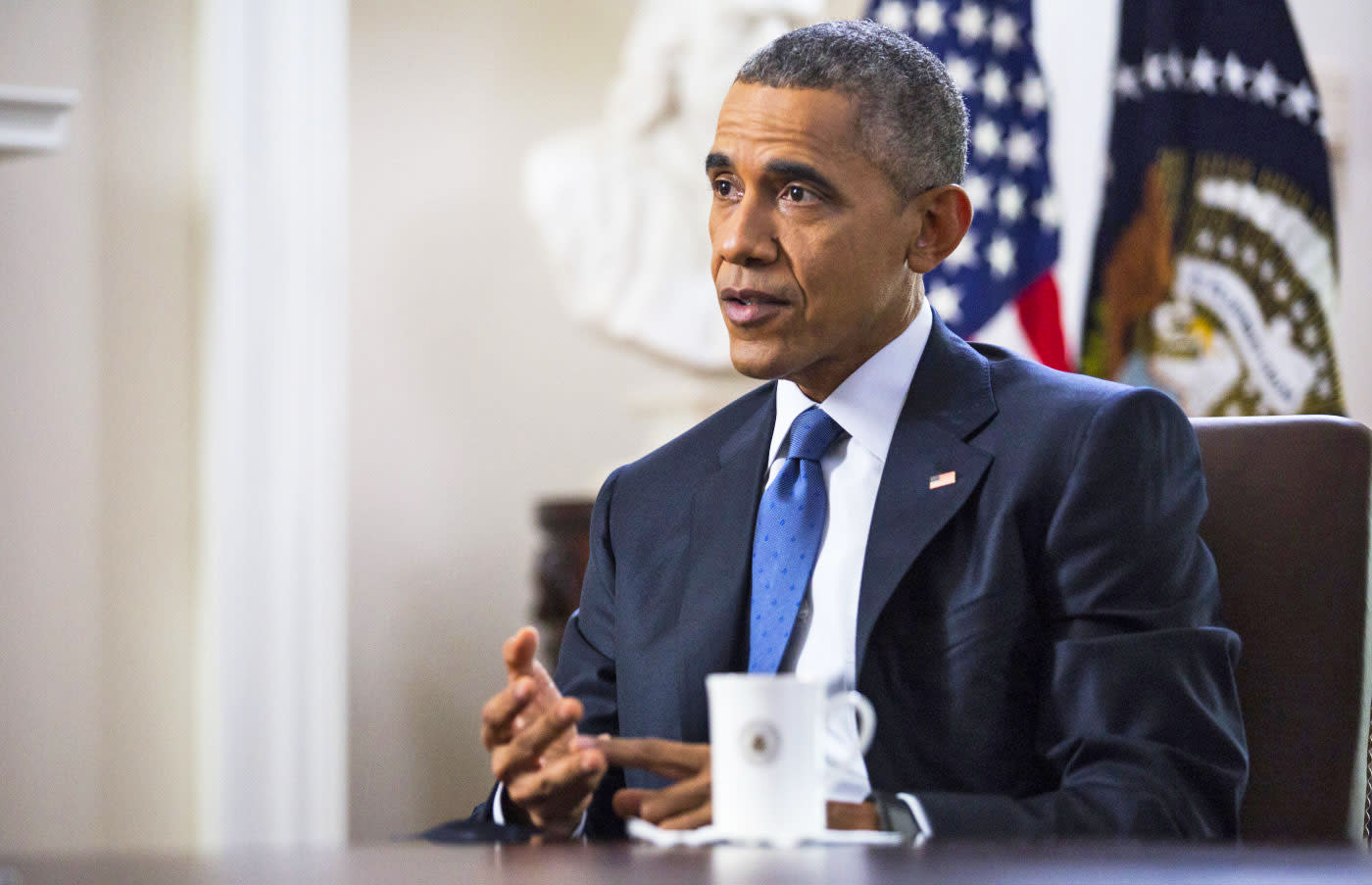 President Obama swears that H.R. 2666 will never become a law under his administration. In a letter published today, the White House says the bill "would undermine key provisions in the Federal Communications Commission's (FCC) Open Internet order." The president's advisors would recommend that he veto it if it ever reaches his office. H.R. 2666 also known as the "No Rate Regulation of Broadband Internet Access Act" looks like it complements the FCC's new net neutrality rules at first glance. It wants to make sure that the FCC can't regulate broadband rates -- something that commission chairman Tom Wheeler promised his office won't do -- after all.

According to the bill's author, Illinois Republican Rep. Adam Kinzinger, and his allies, potential rate regulation "creates significant uncertainty for ISPs" and "discourages investment and unique pricing structures or service plans." As the EFF notes, though, the bill would also keep the FCC from protecting consumers against paid prioritization, throttling and data caps, among many other things.

It would also strip the commission of its powers to prevent ISPs from making certain services free. Remember when the FCC summoned Comcast, AT&T and T-Mobile to explain their data exemption schemes that benefit their own services? The agency wouldn't be able to do that anymore. In the White House's words, it "would restrict the FCC's ability to take enforcement actions to protect consumers on issues where the FCC has received numerous consumer complaints."

The EFF has a portal you can access to look up your state representative's phone number if you want to know their stance, and if you want them to know yours. President Obama's stepping down in January, and you might need to make your voice heard if you feel strongly about this issue to help sway the next commander-in-chief.

You can read the White House's full statement below:

For almost a century, our laws have recognized that companies that connect Americans to theworld have special obligations not to exploit the gatekeeper power they enjoy over access in andout of our homes and businesses. The same philosophy should guide any service that is based onthe transmission of information, whether a phone call or a packet of data. The FCC's rules —issued after a lengthy rulemaking process that garnered an unprecedented amount of public input,including comments from four million Americans — recognize that broadband service is of thesame importance, and must carry the same obligations as so many of the other vital services do.These carefully-designed rules have already been implemented in large part with little or noadverse impact on the telecommunications companies making important investments in oureconomy.

H.R. 2666 is overly broad and extends far beyond codifying the FCC's forbearance fromapplying provisions of the Communications Act related to tariffs, rate approval, or other forms ofutility regulation. Even as amended, H.R. 2666 would restrict the FCC's ability to takeenforcement actions to protect consumers on issues where the FCC has received numerousconsumer complaints. The bill also would hamstring the FCC's public interest authority toreview transactions. H.R. 2666 also could limit the Commission's ability to address newpractices and adapt its rules for a dynamic, fast-changing online marketplace.

If the President were presented with H.R. 2666, his senior advisors would recommend that heveto the bill.

In this article: bill, culture, hr2666, internet, law, netneutrality, norateregulationofbroadbandinternetaccessact, TL17NETNEUT, whitehouse
All products recommended by Engadget are selected by our editorial team, independent of our parent company. Some of our stories include affiliate links. If you buy something through one of these links, we may earn an affiliate commission.