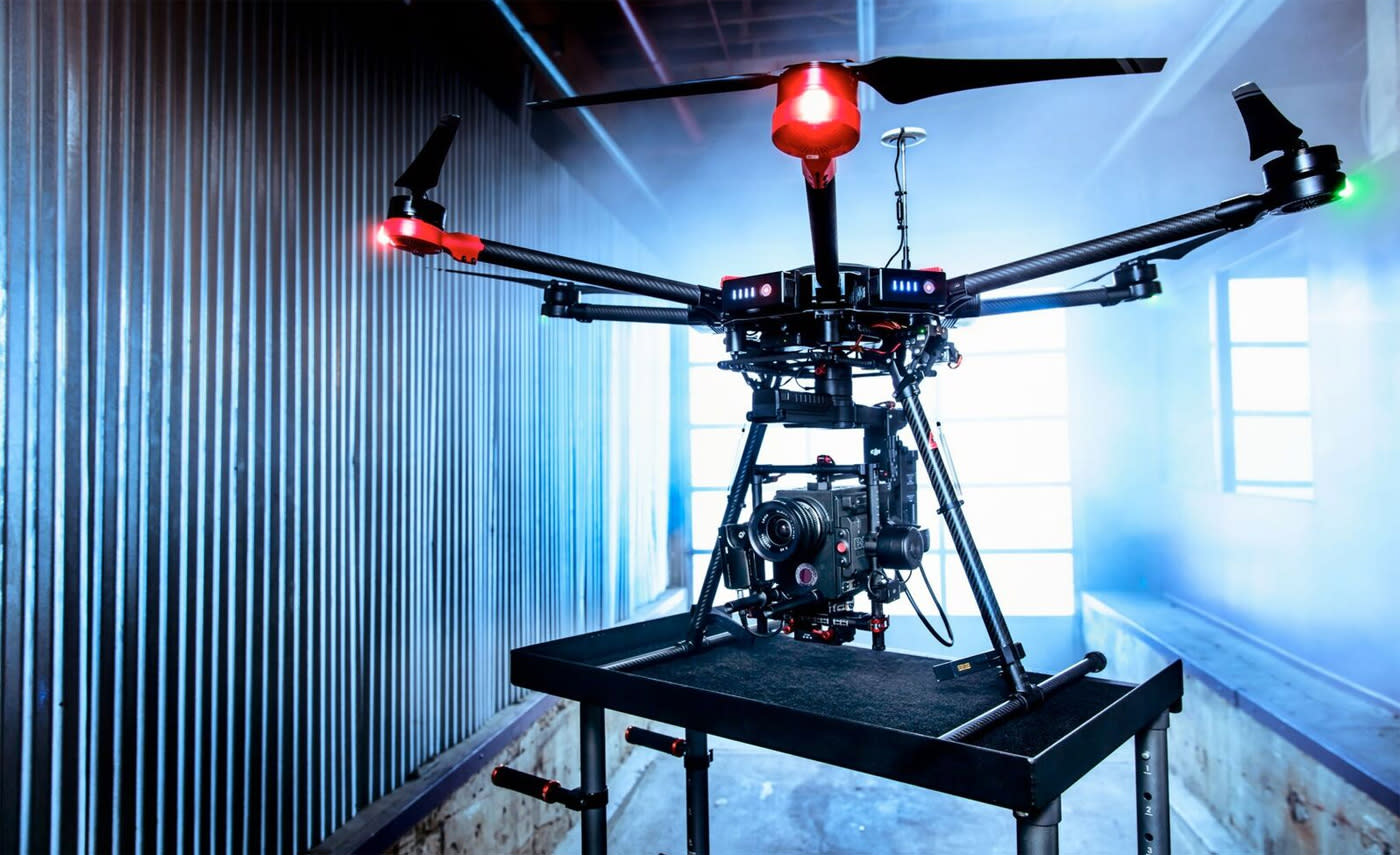 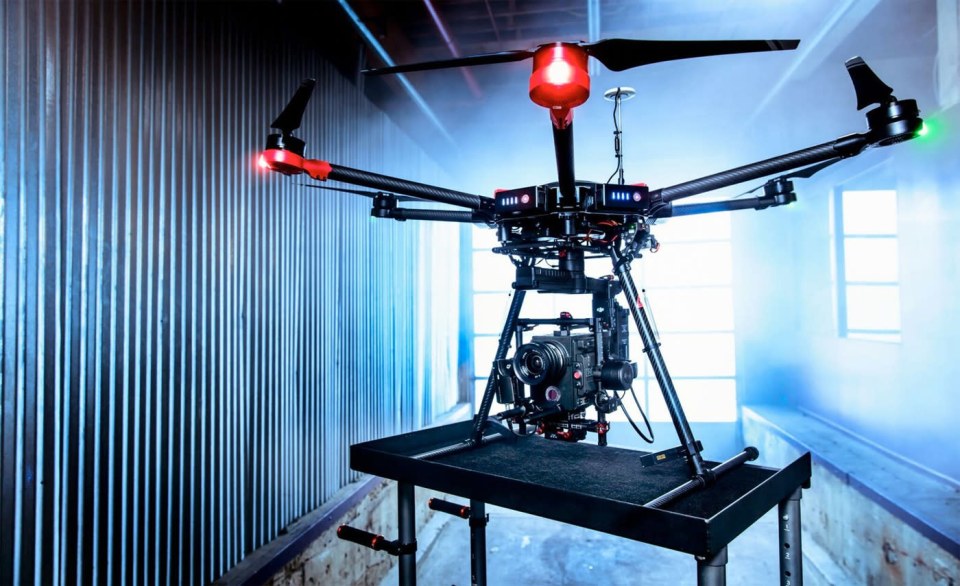 DJI might be most well known for its ubiquitous Phantom series of quadcopters, but the company makes professional drones and camera kit, too. The latest addition to the pro line is the $4,599 Matrice 600 (M600), a hexacopter that adjusts how it flies automatically, depending what it's carrying. The M600 is also joined by and update to the Osmo hand-held rig, and a new version of its popular Ronin gimbal, as the company reveals its latest professional tools at this year's NAB show.

The Matrice 600 might sound like a relative to the Matrice 100 -- a barebones drone for developers -- but it's actually a successor to DJI's existing professional "Spreading Wings" series. These higher-end craft feature retractable landing gear (to keep it out of the way of the camera), and a foldable design. The M600 comes with dust-proof propellors, and self-cooling motors. It will launch along with a new robust A3 flight controller (the brains of the drone) that will change flight parameters depending on what it's carrying, and Lightbridge 2 camera link. The latter brings higher frame rates and HD live-streaming capabilities for the video link back to the pilot -- at distances of up to three miles.

The M600 supports pretty much the entire line of DJI cameras and Zenmuse gimbals, including the new Ronin MX handheld camera stabilizer ($1,599) that comes with its own IMU and Bluetooth link for improved stability. This also means the M600 can carry a broad range of professional cameras, including a Red Epic. To make sure your prize camera doesn't end up in the dirt, the M600 uses six separate "smart" batteries at the same time, so if one dies, the drone can continue to fly. Despite multiple batteries, they are smaller, so the total flight time tops out at around 36 minutes (with a Zenmuse X5 camera), and expect lower flight times for bigger cameras.

DJI also introduced new adapter for the Osmo hand-held stabilizer so it can be used with the company's X5 and X5R cameras. The Osmo "RAW" puts the same micro four-third cameras available to its professional drones onto the hand-held camera rig. The existing Osmo camera (the X3) will also benefit from a new $130 attachment that gives better Z-axis stabilization (up/down).

In this article: blackberry, camera, cameras, dji, drone, gear, gimbal, m600, matrice, matrice600, osmo, robots, ronin, uav
All products recommended by Engadget are selected by our editorial team, independent of our parent company. Some of our stories include affiliate links. If you buy something through one of these links, we may earn an affiliate commission.