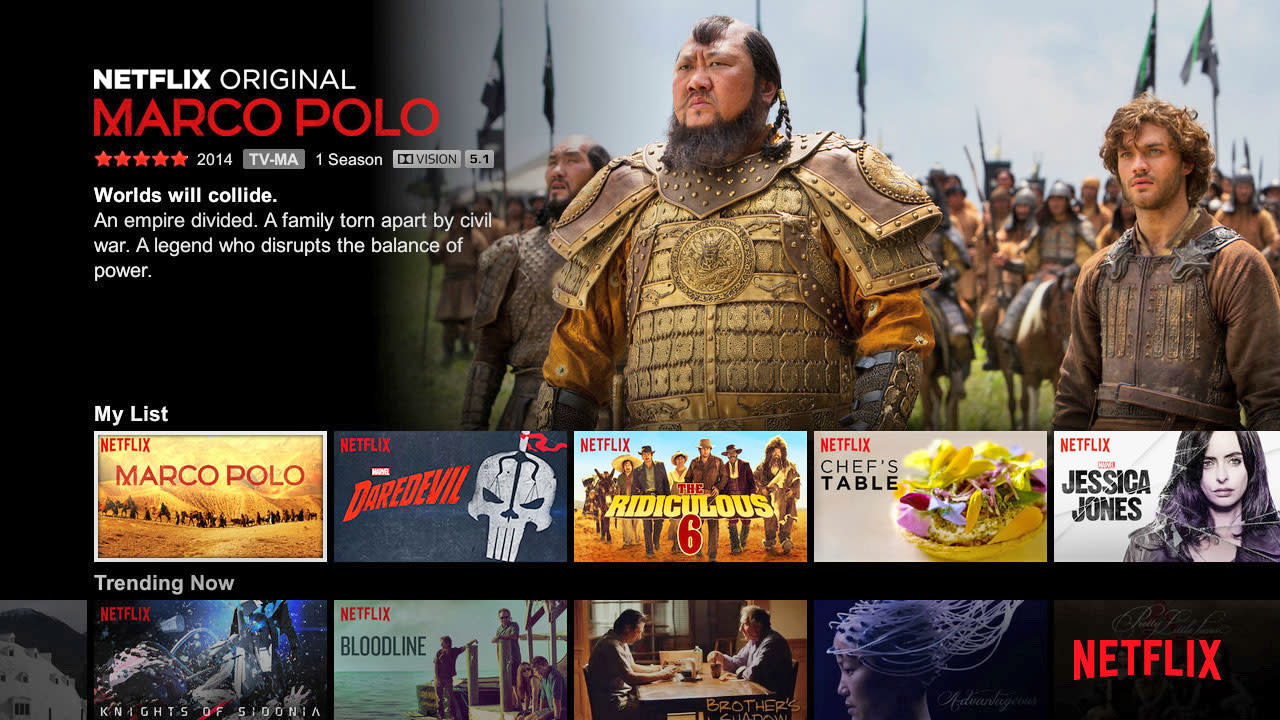 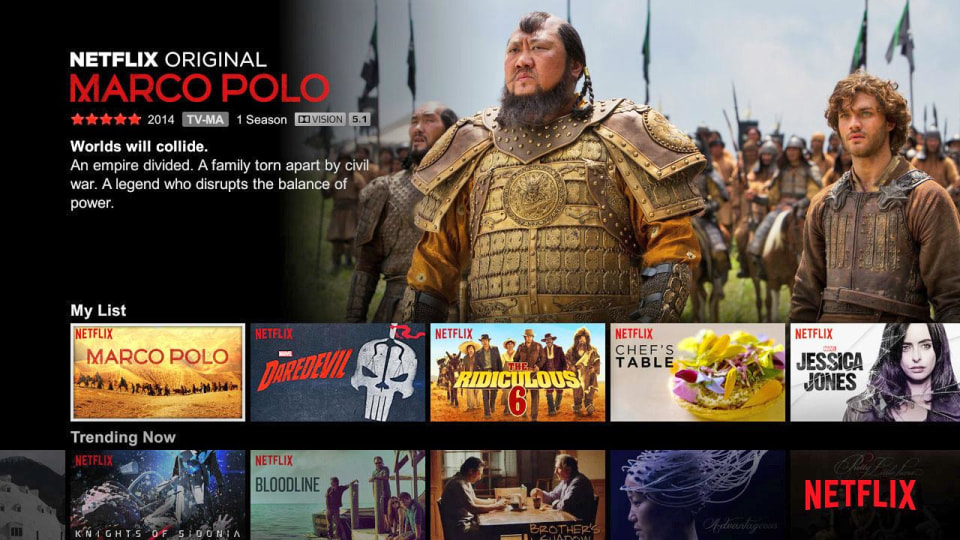 Netflix recently revealed it had rolled out support for high dynamic range video, starting with the first season of Marco Polo. This was the initial step in the company's plan to go all in on that technology, which it believes is the perfect complement to 4K -- something it's been pushing since 2014. By the end of 2016, the service will have more than 150 hours of original programming in HDR, a Netflix spokesperson told Engadget. Of those, over 100 hours are expected to hit the platform in August, a figure that won't be easy for competitors such as Amazon to match.

While Marco Polo is the only show currently taking advantage of HDR (Dolby Vision, HDR10), more content is going to come in the next few months. That includes existing series like Bloodline, Daredevil, Jessica Jones and Chef's Table, as well as The Ridiculous Six movie. Netflix will also feature HDR in the upcoming Luke Cage and The Defenders shows, plus The Do-Over film starring Adam Sandler and more. Here's the full list, according to Netflix:

Unfortunately, there's no word on when these are scheduled to arrive. "Timing varies depending on the title, as we are in the process of remastering any existing TV shows and movies," a company spokesperson said. "It is also dependent on the title's launch date. We don't have any dates to confirm at this point in time." But hey, at least you can be excited about all the HDR stuff that's coming in the near future.
In this article: av, DolbyVision, entertainment, HDR, HDR10, HighDynamicRange, internet, Netflix, streaming, streamingvideo, videostreaming
All products recommended by Engadget are selected by our editorial team, independent of our parent company. Some of our stories include affiliate links. If you buy something through one of these links, we may earn an affiliate commission.