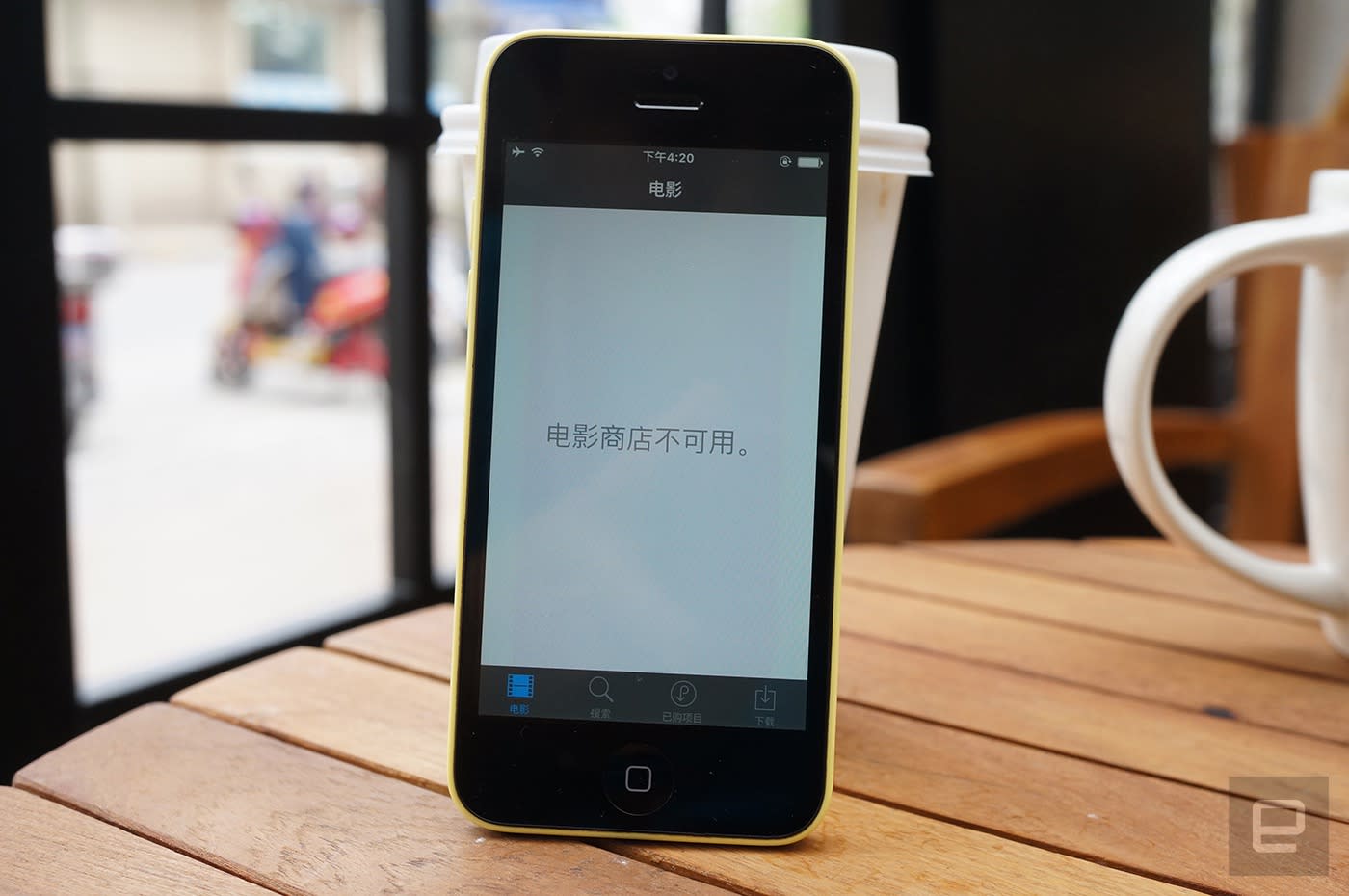 Although Apple is enjoying a lot of success in China, its popularity hasn't stopped it from falling foul of the country's regulators. The New York Times reports that Chinese media watchdog, the State Administration of Press, Publication, Radio, Film and Television has banned the company's iBooks Store and iTunes Movies service as part of a strict crackdown on online services owned by foreign companies.

The closure comes just six months after Apple launched digital downloads in China, as it looked to capitalize on the launch of the iPhone 6S and iPhone 6S Plus. Sales of Apple smartphones are slowing, but China is now the company's biggest growth market and second-largest market in terms of revenue (behind the US).

"We hope to make books and movies available again to our customers in China as soon as possible," an Apple spokeswoman said in a statement to the New York Times. It's believed Apple's services were banned because they directly compete with similar offerings from Chinese companies.

At the time of writing, Apple Music and Apple Pay are still available, but Chinese authorities may also decide that they infringe on the plethora of music streaming and mobile payment services owned by local businesses. We've reached out for more information and will update the article should we receive a response.

In this article: apple, ban, china, gear, ibooks, ibooksstore, internet, itunes, itunesmovies, mobile
All products recommended by Engadget are selected by our editorial team, independent of our parent company. Some of our stories include affiliate links. If you buy something through one of these links, we may earn an affiliate commission.