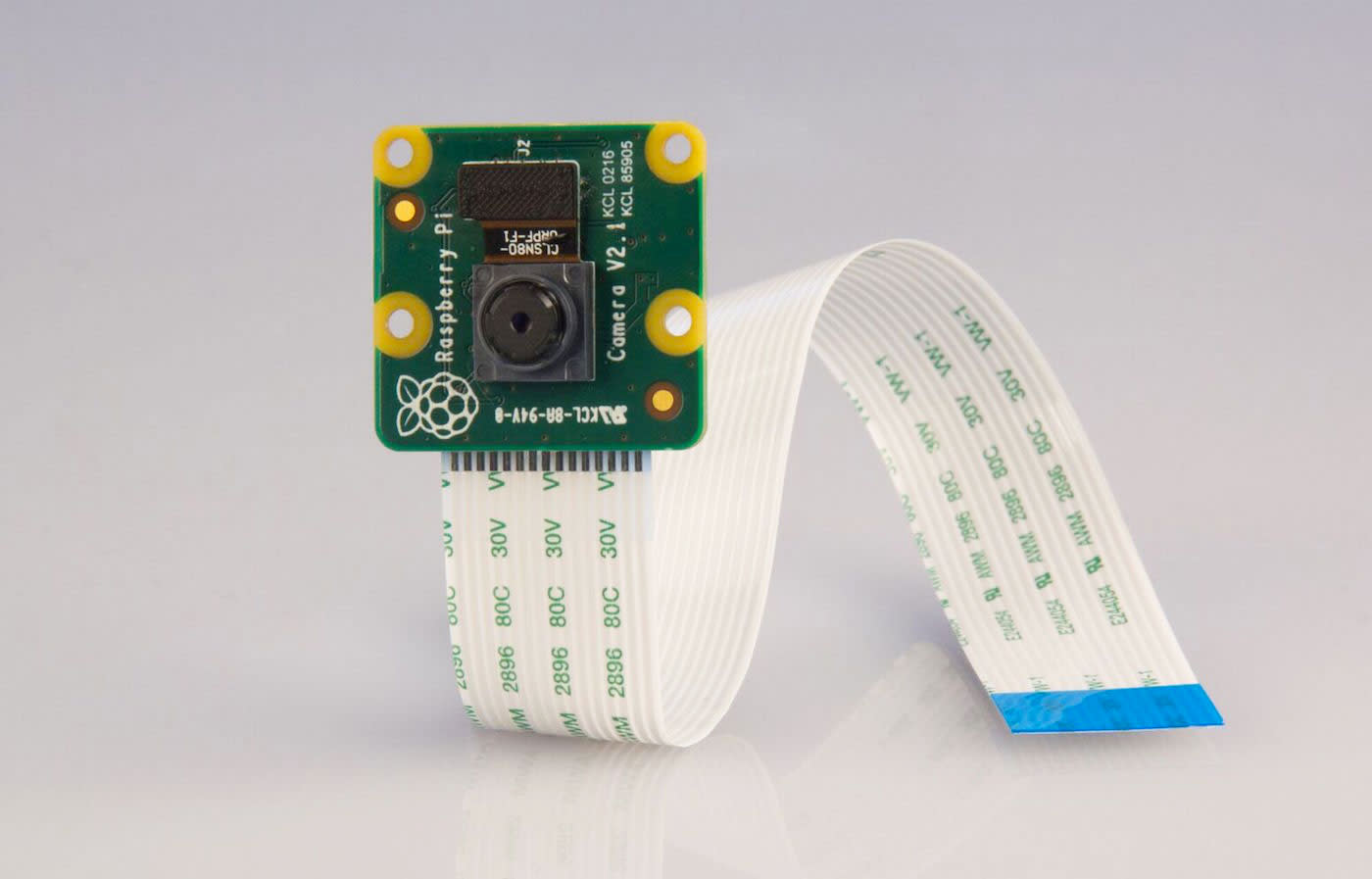 Although the Raspberry Pi has undergone numerous refreshes since it launched three years ago, its first official accessory -- a 5-megapixel Omnivision camera module -- has remained the same. That's mostly due to the Raspberry Pi Foundation and its partners buying a huge amount of sensors, which not only kept the price low, but also enabled it to have plenty of stock for years to come. According to CEO Eben Upton, those reserves are now running very low, so it's time to show off the new merchandise: two new $25 (£19) cameras powered a Sony IMX219 8-megapixel sensor.

Like many of the big smartphone and tablet makers, the Raspberry Pi Foundation is utilizing Sony's mobile imaging smarts for its new visible-light and infrared cameras. The IMX219 has a fixed-focus sensor and is capable of outputting 3280 x 2464 photos and 1080p HD video at 30fps. Upton says it was chosen for its impressive image quality, colour fidelity and low-light performance, which plays nicely with the Raspberry Pi's Videocore IV GPU after some specialist tuning by former Broadcom imaging engineer Naush Patuck.

As is normally the case with any new Raspberry Pi launch, the hardware retains the same price (before taxes) as its predecessor. The visible-light and infrared cameras are available now from RS Components and Element 14, with more resellers set to follow "soon."

In this article: camera, ebenupton, exmor, gear, pcb, personal computing, personalcomputing, raspberrypi, sensor, sony
All products recommended by Engadget are selected by our editorial team, independent of our parent company. Some of our stories include affiliate links. If you buy something through one of these links, we may earn an affiliate commission.