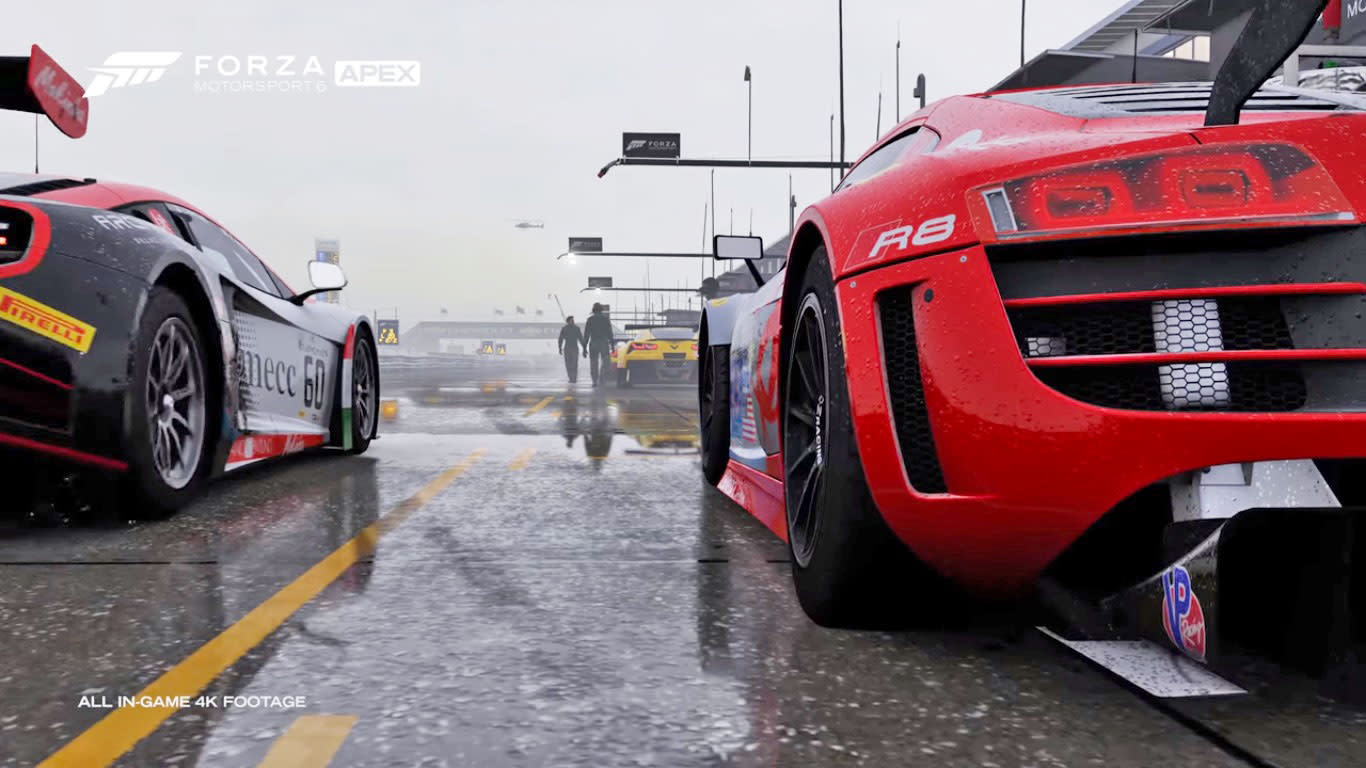 Last September, Microsoft released Forza Motorsport 6 and Xbox One to feed the ultra-realist gamer's need for meticulously-detailed racing. But back in March, Microsoft announced a re-release of Forza 6 specially crafted to run on Windows 10. On May 5th, Microsoft will unleash Forza Motorsport 6: Apex's open beta for players to enjoy all summer, with a full release at an undisclosed later date.

So long as your rig can handle the Windows 10 and DirectX 12 system requirements to play, Apex promises stunning graphics in up to 4K resolution. Neither the beta nor the game will feature multiplayer nor can Apex players race with Forza 6 owners, although you can compare your car's livery with your friends', if that's your bag.

Apex will feature 63 cars and 20 track configurations of six locations along with wet and night versions of each. While that's a paltry number of vehicles compared to Forza 6's lineup of 450 automobiles, Apex's beta is free...and neither Microsoft nor Turn 10 Studios have stated when it will end.

Update: the article previously stated that Forza Motorsport 6 was released for PC and Xbox One last September. It was only released for Xbox One.

In this article: Forza, forzamotorsport6apex, gaming, microsoft, personal computing, personalcomputing, Turn10Studios
All products recommended by Engadget are selected by our editorial team, independent of our parent company. Some of our stories include affiliate links. If you buy something through one of these links, we may earn an affiliate commission.