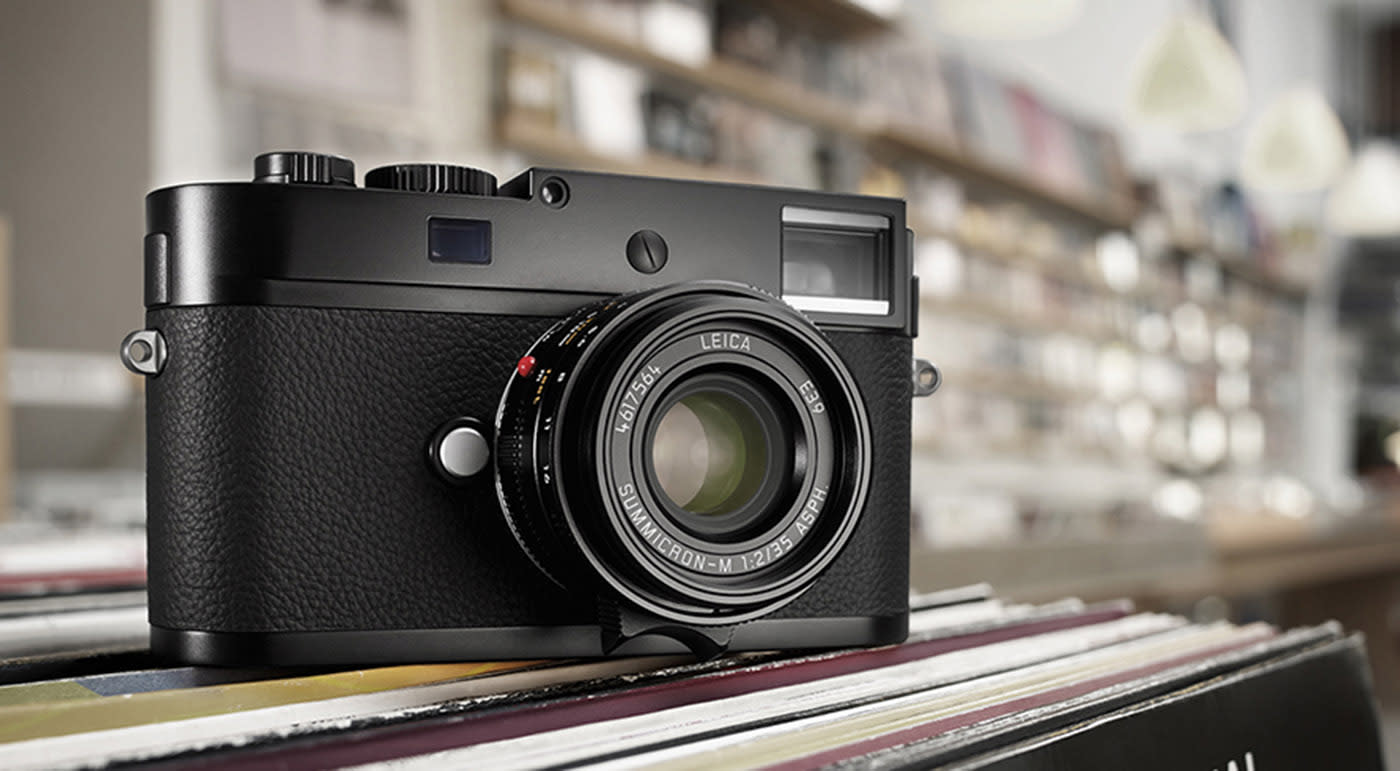 You may be able to live without WiFi on your camera, but would you be willing to ditch JPEG capture, autofocus and any kind of electronic screen? Oh, and pay $6,000 for the privilege, plus thousands more for a lens? If not, you don't fit into Leica's target market for its latest model, the 24-megapixel M-D. The company calls it a "purely functional" camera that's "radically reduced to the most important parameters required for photography -- shutter speed, aperture, distance and ISO sensitivity."

The camera is essentially a Leica M model without an LCD screen. So, forget about reviewing your images afterwards, and with the optical rangefinder, you focus like it's 1955, snapping when two superimposed images come together. The viewfinder has a 0.68x magnification, with markings to help you frame shots for 35/135mm, 28/90mm and 50/75mm lenses. Normally we'd mention additional features, but instead let's detail what else it lacks: It doesn't shoot JPEG stills (only RAW), there's no video capture, ISO range is limited to 200-6400 and, of course, there's no menu system -- just manual dials for aperture, shutter speed and ISO. However, it does have a nearly silent shutter release, a full-frame CMOS sensor, a top brass plate and 3fps continuous shooting speed. The company also omitted the typical "red dot" branding "in favor of its unobtrusive appearance."

We can't imagine too many folks, especially professional shooters, who'd be willing to give up the ability to quickly review photos. On the other hand, there's something appealing about the lack of a screen, as you're forced to give up any sloppy habits and concentrate on each photo. If you're into purism for the sake of purism and have an extra $6,000 lying around, your camera has arrived.

In this article: cameras, Full-frame, gear, Leica, M-D, Rangefinder, Typ262, video
All products recommended by Engadget are selected by our editorial team, independent of our parent company. Some of our stories include affiliate links. If you buy something through one of these links, we may earn an affiliate commission.