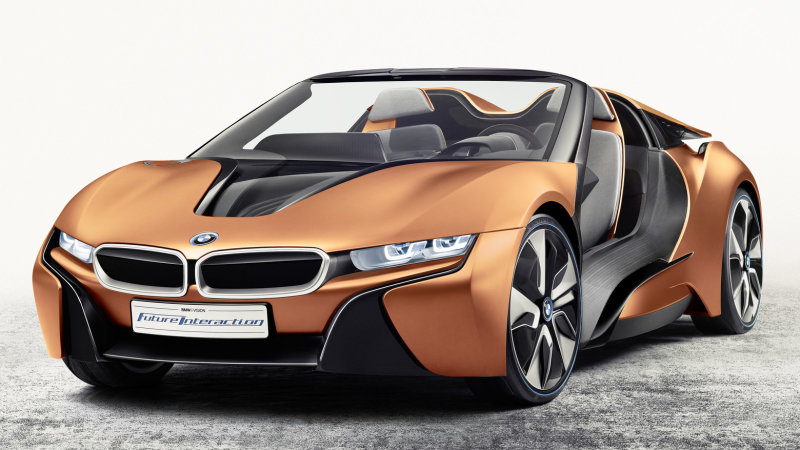 Introduced in 2014, the BMW i8 is due for its first update. The new version is expected to hit the dealers in late 2017, and the hybrid powertrain will receive a host of improvements.

Autocar reports the electric motor will get a 10 percent boost in power in the facelifted car; the 1.5-liter three-cylinder gasoline engine will also be worked on. The combined power output would reach 420 horsepower instead of the current car's 362 hp.

With the six-speed automatic transmission also getting updated, the laundry list of upgrades would result in an even faster car. Currently, the i8 hits 62 mph in 4.4 seconds. As for the battery packs, the capacity of the new ones isn't disclosed, but as the Formula E safety car swaps its 7.1 kWh battery for a 10 kWh one, the same might be expected of the facelift i8. And as the safety car has experimented with the Halo inductive wireless charging system engineered by BMW partner Qualcomm, expect that to appear in the production car as well.

Along with improvements ranging from revised suspension to 25 percent lighter carbonfibre wheels, the 2018 i8 should be an even better technological showcase of BMW's hybrid capabilities.


All products recommended by Engadget are selected by our editorial team, independent of our parent company. Some of our stories include affiliate links. If you buy something through one of these links, we may earn an affiliate commission. All prices are correct at the time of publishing.
New BMW i8 expected late next year