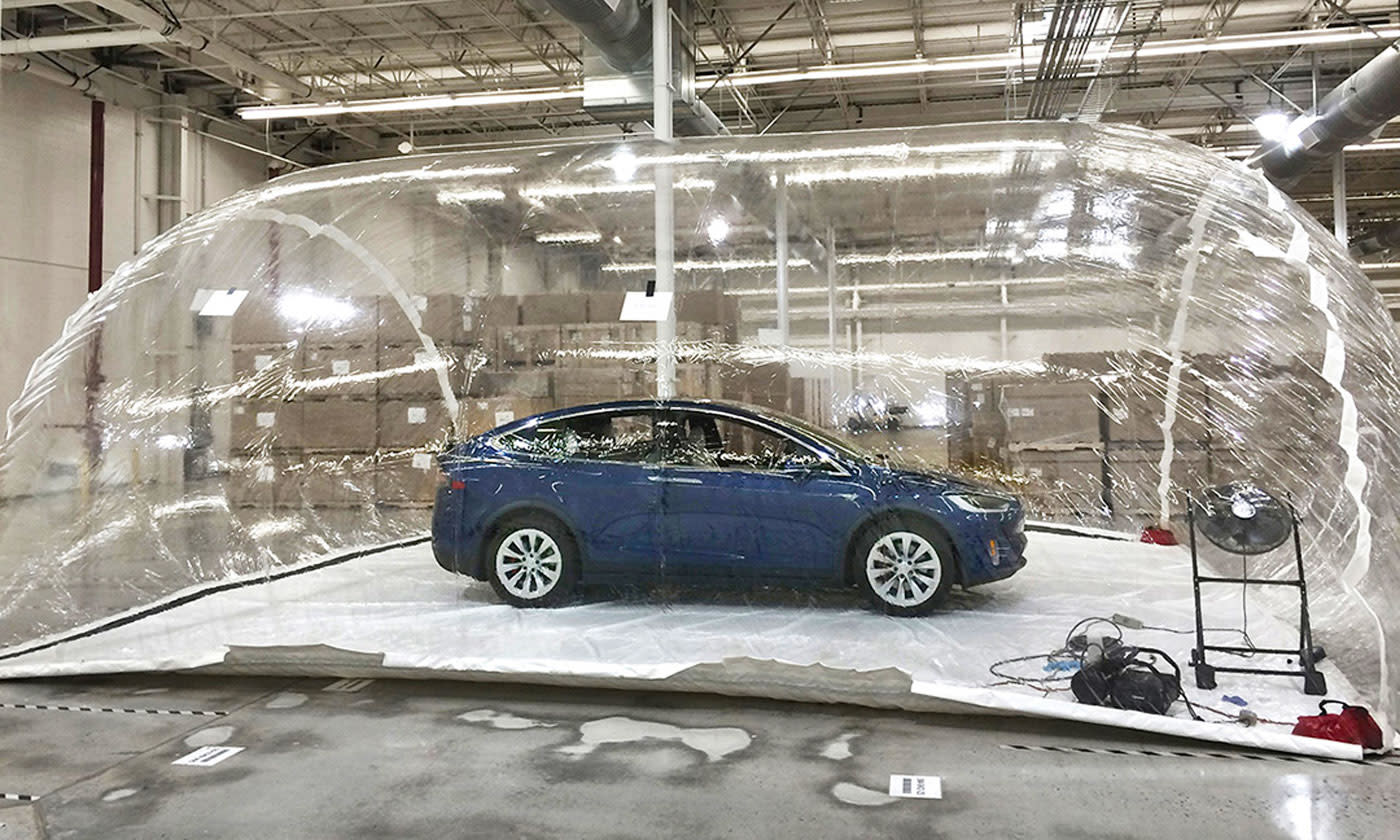 When Tesla revealed that the Model X (and eventually, the Model S) would have a HEPA filter so effective that it could protect against bioweapons, people were understandably skeptical. Can it really save you from terrorists? Apparently, it just might. Tesla has revealed some of the in-house testing it conducted for the filter's Bioweapon Defense Mode, and its ability to clean the air borders on overkill. The electric car maker put a Model X into a bubble with extremely dangerous air quality levels (83 times dirtier than the EPA's "good" rating) and watched as the filtration system rendered the air so clean that sensors couldn't even detect what pollution was left. You could drive through a "military grade" attack and not even notice, Tesla claims.

The company adds that its filter also reduces some of the pollution outside of the car, and that it's constantly tweaking the filter technology. Replace your filters down the line and your EV might be even more of a clean room than it was brand new.

It's impressive stuff, although the test is more about bragging than real-world practicality (which Tesla also checked, to be fair). You don't need a near-sterile car even in pollution-heavy cities like Beijing, and the odds are that you aren't going to be in your vehicle should someone ever unleash a bioweapon on your home turf. Think of this more as proof that Tesla's over-the-top engineering really works... most of the time, anyway.

In this article: allergies, bioweapondefensemode, car, electriccar, electricvehicle, ev, filter, gear, green, hepa, models, modelx, pollution, tesla, transportation
All products recommended by Engadget are selected by our editorial team, independent of our parent company. Some of our stories include affiliate links. If you buy something through one of these links, we may earn an affiliate commission.