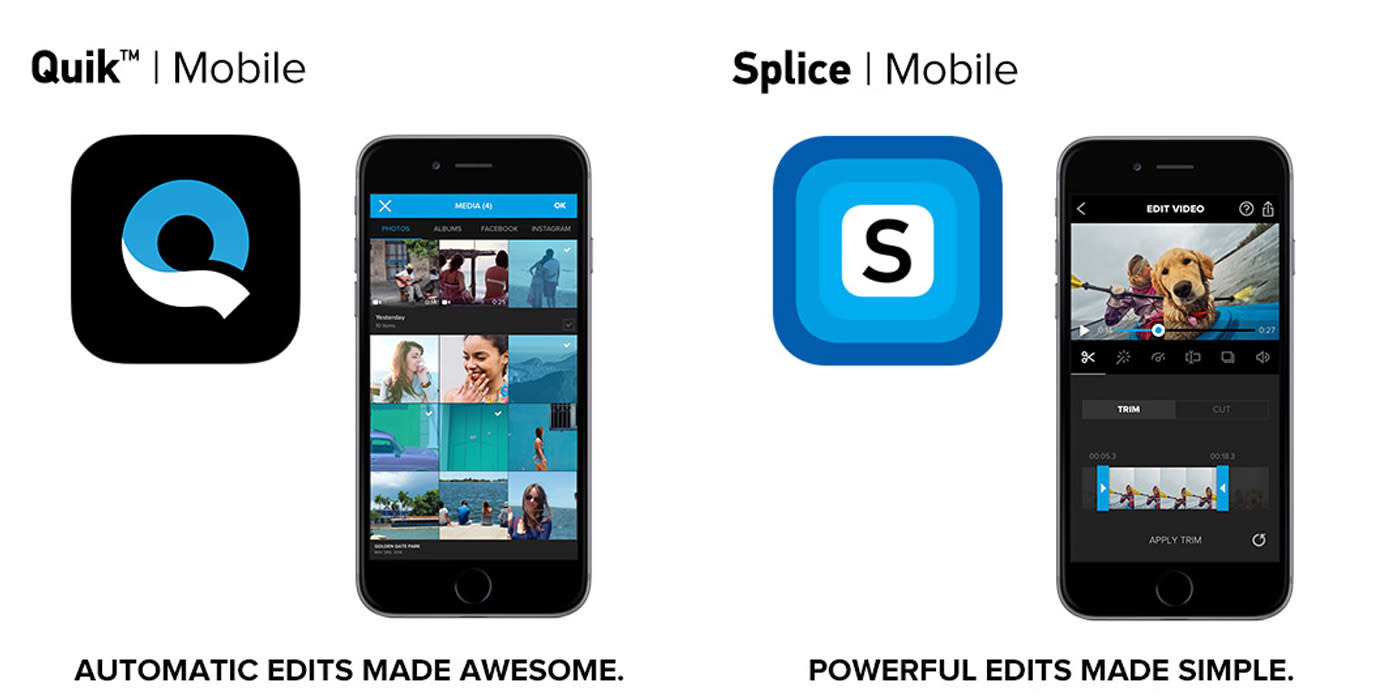 It didn't take long for GoPro to make use of those mobile video editing apps it acquired back in February. The action camera maker has launched a "mobile creative suite" that, in its initial form, repurposes Quik and Splice as tools for editing your sports footage. Quik, now completely free on Android and iOS, automatically edits any video (whether or not it's from your GoPro cam) to give you ready-to-share clips. Splice, meanwhile gives iOS users deeper manual editing that includes everything from transitions to graphic overlays.

Technically, there's no big shift here -- this is more of a rebranding, which isn't surprising when GoPro has owned Quik and Splice for less than three months. It may take some time before the apps are obviously tailored toward action cameras. All the same, it's still a big deal. GoPro now has friendlier official editing tools to offer to newcomers, many of whom won't relish the thought of spending hours turning a raw bike ride video into something Facebook-worthy. That's crucial for a company that's both facing sales slumps and trying to rebuild itself around connected, convenient camera tech.

In this article: actioncamera, android, app, cameras, gear, gopro, ios, mobile, quik, smartphone, splice, videoeditor
All products recommended by Engadget are selected by our editorial team, independent of our parent company. Some of our stories include affiliate links. If you buy something through one of these links, we may earn an affiliate commission.