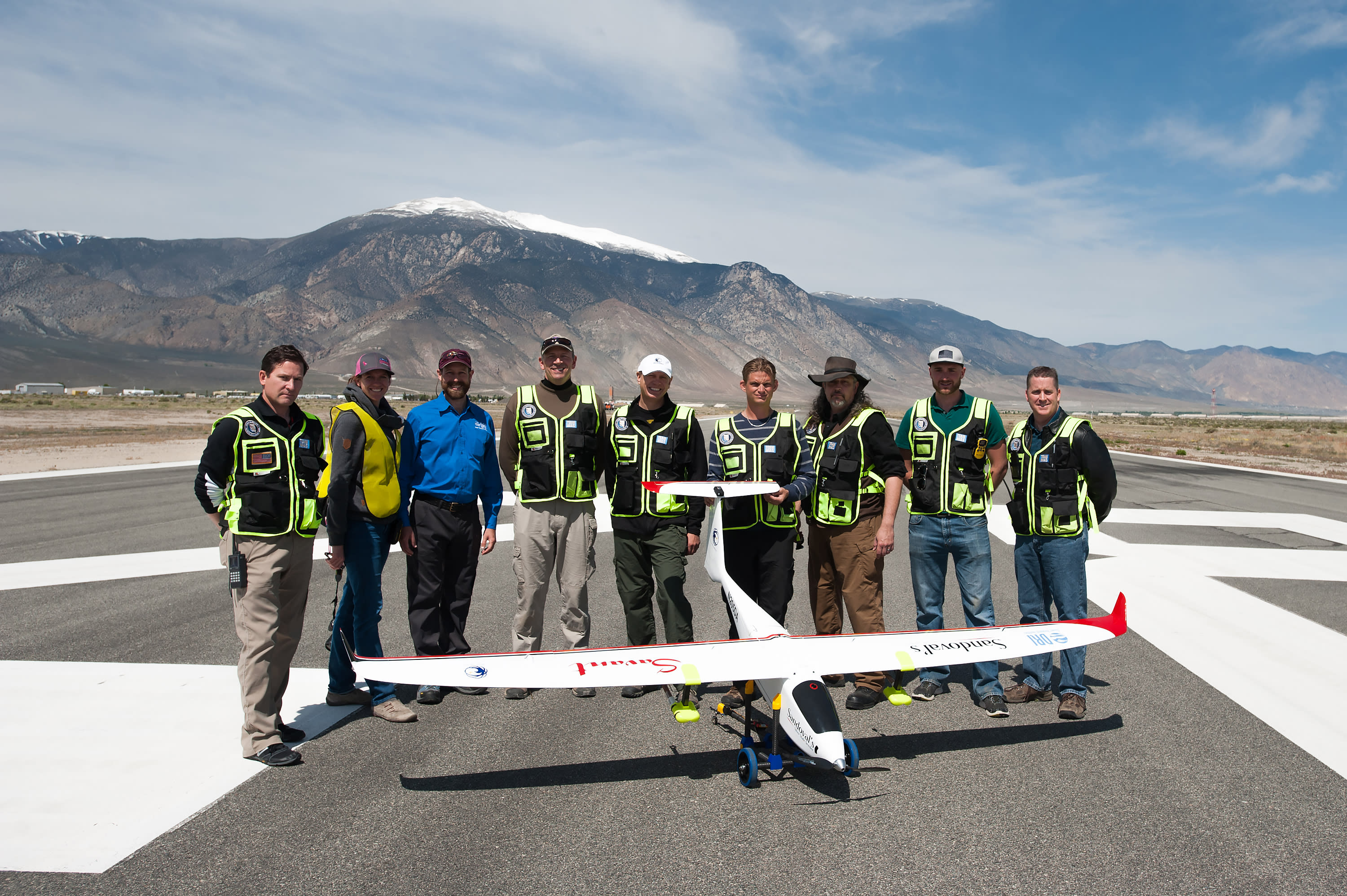 A group of researchers and aviators in Nevada have successfully completed the first flight of an unmanned cloud-seeding aircraft, the state's Desert Research Institute reports.

The flight took place last week at an FAA-approved drone test site in Hawthorne, Nevada, where the DRI has been exploring the possibility of using of unmanned aerial vehicles to address the state's persistent drought and other natural disasters through weather modification.

"We have reached another major milestone in our effort to reduce both the risks and the costs in the cloud seeding industry and help mitigate natural disasters caused by drought, hail and extreme fog," said Mike Richards, President and CEO of Drone America, which provided the aeronautics expertise to get the aircraft off the ground.

During an 18-minute flight, the "Sandoval Silver State Seeder," as they're calling the 11-foot-wingspan aircraft, successfully demonstrated its ability to deploy two silver-iodide flares which are commonly used to induce extra rainfall from clouds. While there's still some controversy over whether cloud seeding actually works, the Seeder only reached an altitude of 400 feet during the test run and therefore can't quite claim to be controlling the weather just yet. Regardless, the project's lead scientist called it "a tremendous accomplishment for the state of Nevada and everyone involved." There's even an inspiring promotional trailer. Observe:

The next steps for the research team will be to conduct actual cloud seeding tests around DRI's operations area in the Lake Tahoe basin.

While the thought of unmanned vehicles controlling the weather may be a little too close to Skynet for some, the practice of cloud seeding has been used in the past for innocuous purposes like clearing the air before sporting events. The project's chief engineer Amber Broch described it in a more optimistic way, saying the flight "also shows the tremendous potential to use unmanned systems as tools for environmental science and innovative natural resource applications."

In this article: desertresearchinstitute, droneamerica, drones, nevada, politics, robots, science, UAV
All products recommended by Engadget are selected by our editorial team, independent of our parent company. Some of our stories include affiliate links. If you buy something through one of these links, we may earn an affiliate commission.