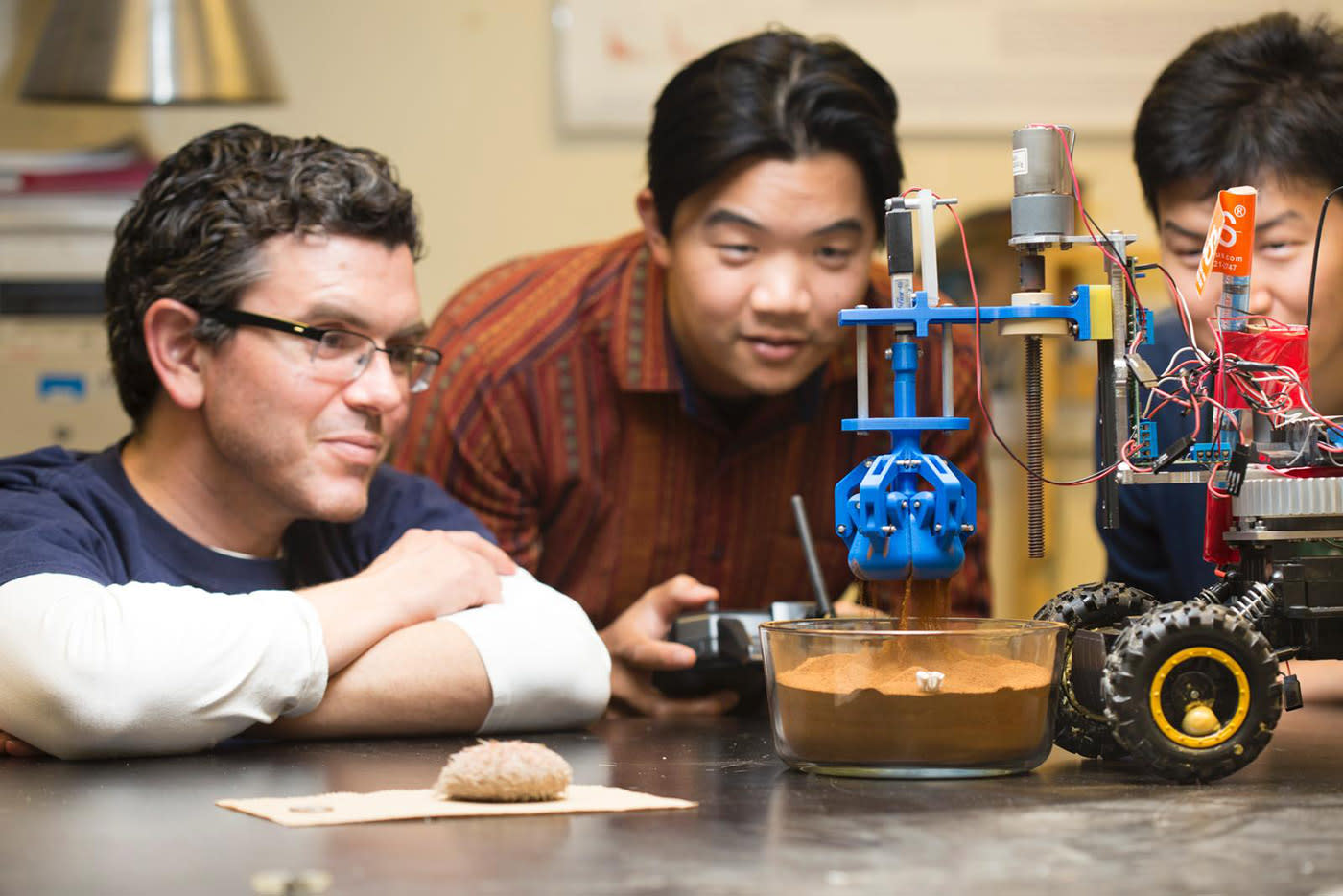 A sea urchin's mouth looks pretty terrifying, but the teeth inside can demolish even the toughest rocks. That's why the nightmare fuel inspired a group of UC San Diego researchers to create a claw-like device that can scoop up soil on extraterrestrial environments. The group of engineers and marine biologists 3D-scanned the mouth of a Strongylocentrotus fragilis, which is more commonly known as pink urchin, for the project. To copy the animal's mouth, they arranged the device's teeth in a dome-like formation. They open outwards and close in, just like one of those claw games in the arcade.

The group also mimicked the T-shaped structure found on each urchin tooth. They found that teeth with these structures called keels "experienced 16 percent less stress than teeth without keels when subjected to a 10-pound load." It took them three tries to get the right design, 3D printing each one for testing. The team attached the final product to a small remote-controlled rover and had it scoop up dirt that has the same density as Martian soil.

They believe the claw is a more effective solution than shovels for collecting sediments on moons and other planets, as it doesn't disturb a big part of the surface. If NASA or private companies like SpaceX are interested, the researchers envision tiny rovers roaming other worlds and scooping up dirt to bring back to a bigger, main vehicle. In this article: bio-inspireddevices, gear, mars, robots, seaurchin, space, ucsandiego
All products recommended by Engadget are selected by our editorial team, independent of our parent company. Some of our stories include affiliate links. If you buy something through one of these links, we may earn an affiliate commission.