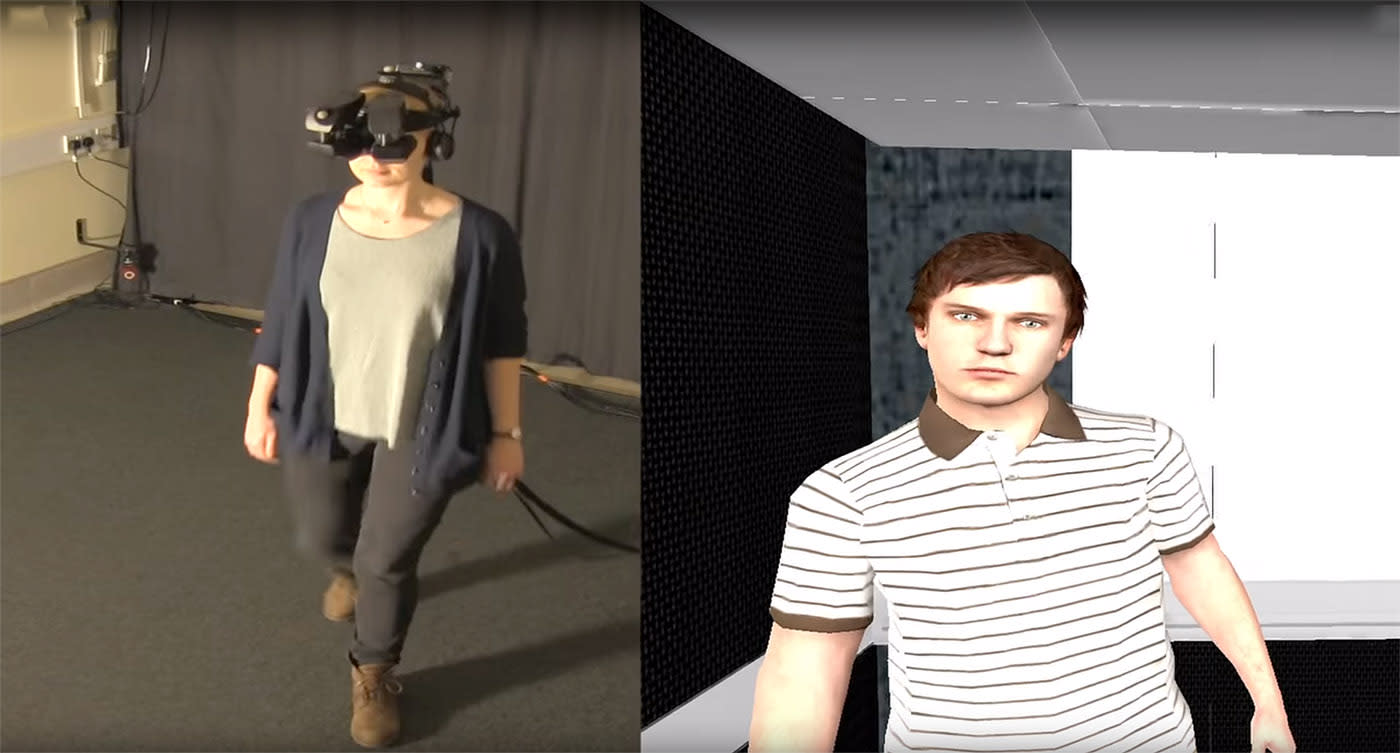 Virtual reality has vast potential for therapy, since it can put folks in stressful situations without any fear of harm. Researcher at Oxford University have demonstrated how effective it can be for treating severe paranoia in patients. The team selected 30 subjects receiving treatment for "persecutory delusions," a serious form of the disease. They were then outfitted with a $24,000 NVis SX111 head-mounted display built for military and other types of training, and placed into typically stressful social locations like elevators and subway trains.

Researchers told one half of the patients to use their regular coping mechanisms by avoiding eye contact and any social interactions. The other half were told to drop their defenses by approaching (creepy-looking) avatars and even holding staring contests with them. At the end of the half-hour sessions, 50 percent of the latter group were cured of severe paranoia , and were much less distressed in real world situations, too. Even the first group improved, with 20 percent of participants showing lower levels of paranoia.

"Paranoia all too often leads to isolation, unhappiness, and profound distress. But the exceptionally positive immediate results for the patients in this study show a new route forward in treatment," says Oxford Professor Daniel Freeman."In just a thirty minute session, those who used the right psychological techniques showed major reductions in paranoia." The team needs to test it to see if the benefits will stay over the long term, but it's another promising use for VR as therapy.

In this article: delusions, medicine, Paranoia, psychotherapy, science, video, VirtualReality, VR, wearables
All products recommended by Engadget are selected by our editorial team, independent of our parent company. Some of our stories include affiliate links. If you buy something through one of these links, we may earn an affiliate commission.