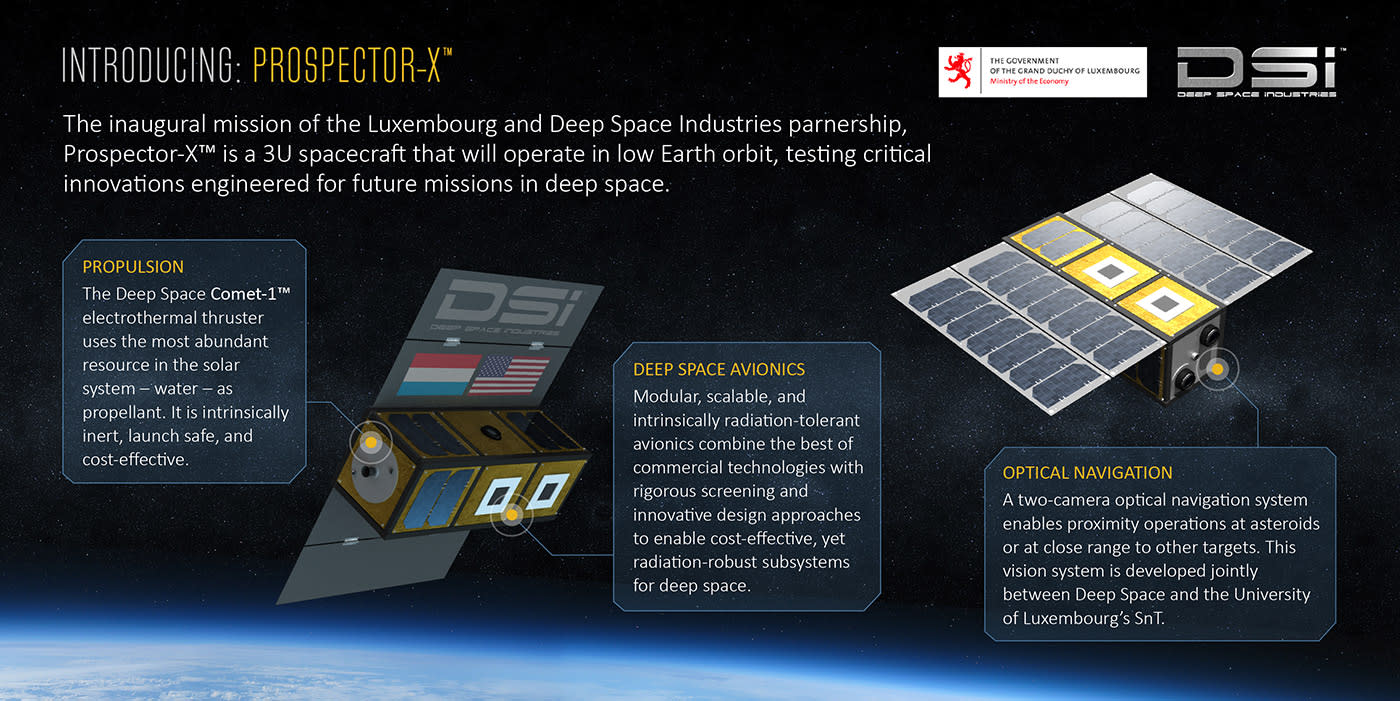 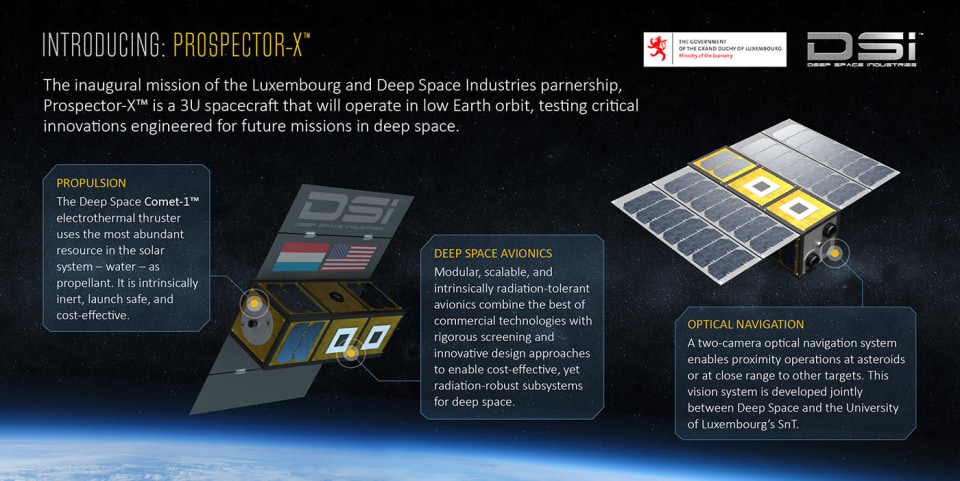 Luxembourg is pouring some of its wealth into the development and launch of a spacecraft that could make it even richer. The tiny European country has teamed up with California-based Deep Space Industries to create Prospector-X, an experimental spacecraft designed to test some of their asteroid-mining technologies.

DSI will equip the spacecraft with its water-based propulsion and optical navigation systems. The team then plans to send the 30-centimeter (or around 12-inch) probe to low-Earth orbit "in the near future" to make sure their design works. Prospector-X will remain in LEO, but if the test is successful, its successors will be sent to mine near-Earth asteroids for gold and platinum.

Luxembourg and DSI aren't the only ones with extraterrestrial gold and platinum dreams. Larry Page-backed Planetary Resources announced its plans to mine asteroids a few years ago and even launched its first satellite from the ISS in 2015. President Obama also signed the US Commercial Space Launch Competitiveness Act into law last year, allowing companies to keep whatever they mine from outer space.

In this article: asteroid, asteroidmining, deepspaceindustries, luxembourg, planetaryresources, prospector-x, science, space
All products recommended by Engadget are selected by our editorial team, independent of our parent company. Some of our stories include affiliate links. If you buy something through one of these links, we may earn an affiliate commission.