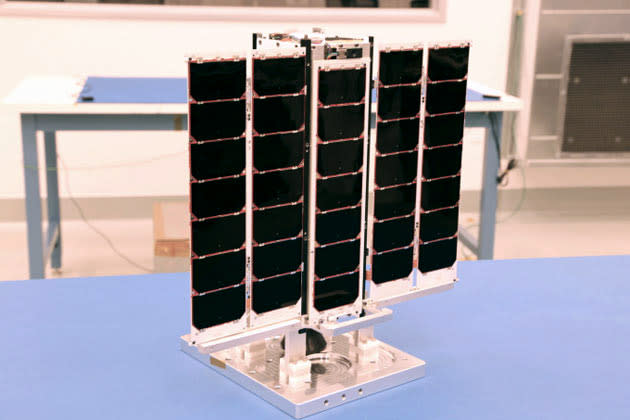 Planetary Resources hasn't had much success getting its asteroid-mining business off the ground, in a very literal sense -- it lost its first satellite, Arkyd-3, in the Antares rocket explosion last year. It's about to get a second try, though. The Larry Page-backed company has announced that its craft's follow-up, Arkyd 3 Reflight (aka Arkyd 3R), is scheduled to launch from the International Space Station in July. While the vehicle will spend just 90 days sending self-diagnostic info before it falls to Earth, it'll serve as a useful test run before the more ambitious Arkyd 6 starts wielding its scientific instruments in December. No, this isn't the long-promised space telescope, but it's an important early step.

In this article: arkyd, arkyd-3r, arkyd3reflight, asteroid, asteroidmining, asteroids, mining, planetaryresources, satellite, science, space
All products recommended by Engadget are selected by our editorial team, independent of our parent company. Some of our stories include affiliate links. If you buy something through one of these links, we may earn an affiliate commission.