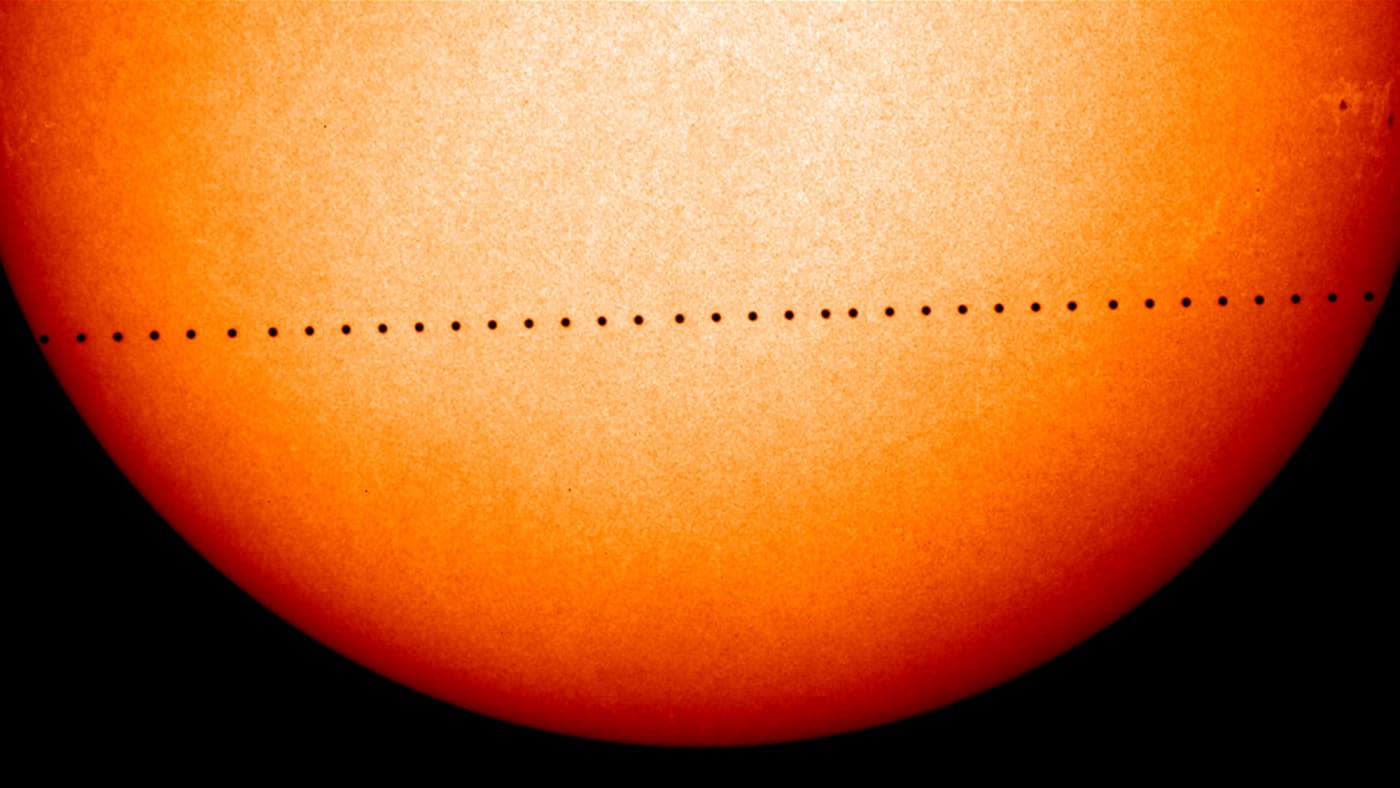 Mercury might orbit the Sun every 88 days, but seeing it cross in front of the Sun is much rarer. That only happens roughly 13 times each century, and the technology to safely watch this happen hasn't been widely available until recently. However, you're in for a treat this time around. Mercury is poised to transit across the Sun on May 9th starting at about 7:12AM Eastern, and numerous sites (including NASA and Slooh) are offering live footage of the crossing until it finishes at around 2:42PM. Given that you probably don't have a telescope and the solar filter needed to protect your eyes, this is likely the best way to watch.

The passage should be useful for researchers. While astronomers already know a lot about Mercury, the Washington Post notes that the transit will help them study the planet's extremely thin atmosphere and calibrate instruments on both Earth as well as spacecraft around the Solar System. In short, this cosmic alignment should result in a lot more than some pretty pictures.

In this article: mercury, nasa, planet, science, solarsystem, space, sun, transit, video
All products recommended by Engadget are selected by our editorial team, independent of our parent company. Some of our stories include affiliate links. If you buy something through one of these links, we may earn an affiliate commission.