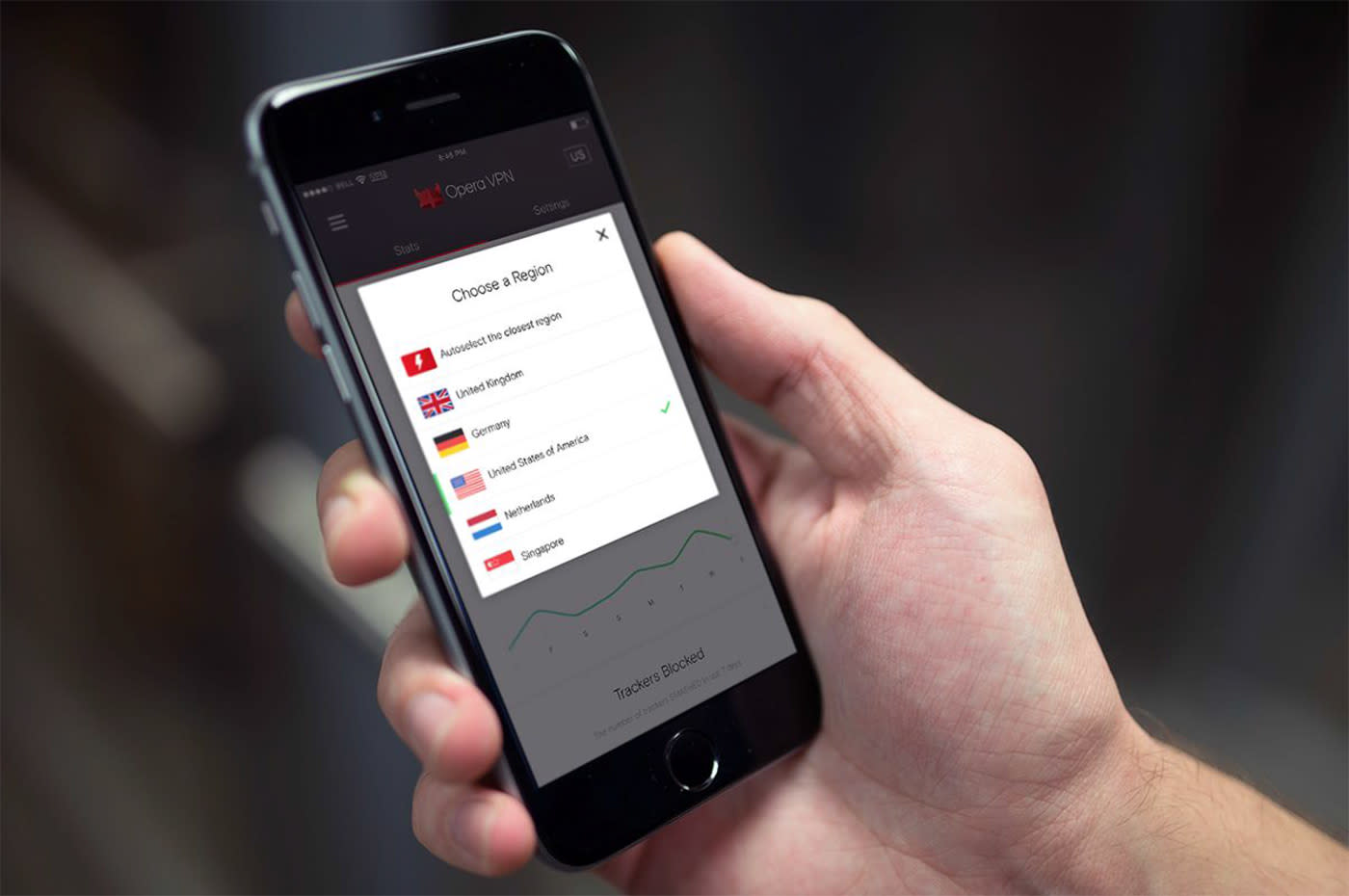 Opera's fondness for virtual private networks isn't limited to the desktop. The browser maker is releasing a free VPN app for iOS that should give you more control over how you surf the internet. It's helpful for usual VPN tasks like dodging corporate site blocks and regional content restrictions (shh, don't tell Netflix), but Opera sees it as particularly handy for the privacy-conscious -- it gets rid of advertisers' tracking cookies and makes you that much more anonymous. You can only pick from one of five simulated locations for the VPN (Germany, the Netherlands, Singapore, the UK and the US), but hey, it's the first free VPN app for iOS from a well-known tech company. Right now, just having that option is a big deal.

Update 5/11: SurfEasy, which Opera acquired last year, says that the VPN app will "likely" include ads (albeit ones that can't identify you) in the future. That's the cost of going free, apparently. If you like the technology but don't want sales pitches, SurfEasy's paid VPN service is sticking around.

In this article: culture, gear, internet, ios, mobile, opera, services, smartphone, surfeasy, vpn
All products recommended by Engadget are selected by our editorial team, independent of our parent company. Some of our stories include affiliate links. If you buy something through one of these links, we may earn an affiliate commission.