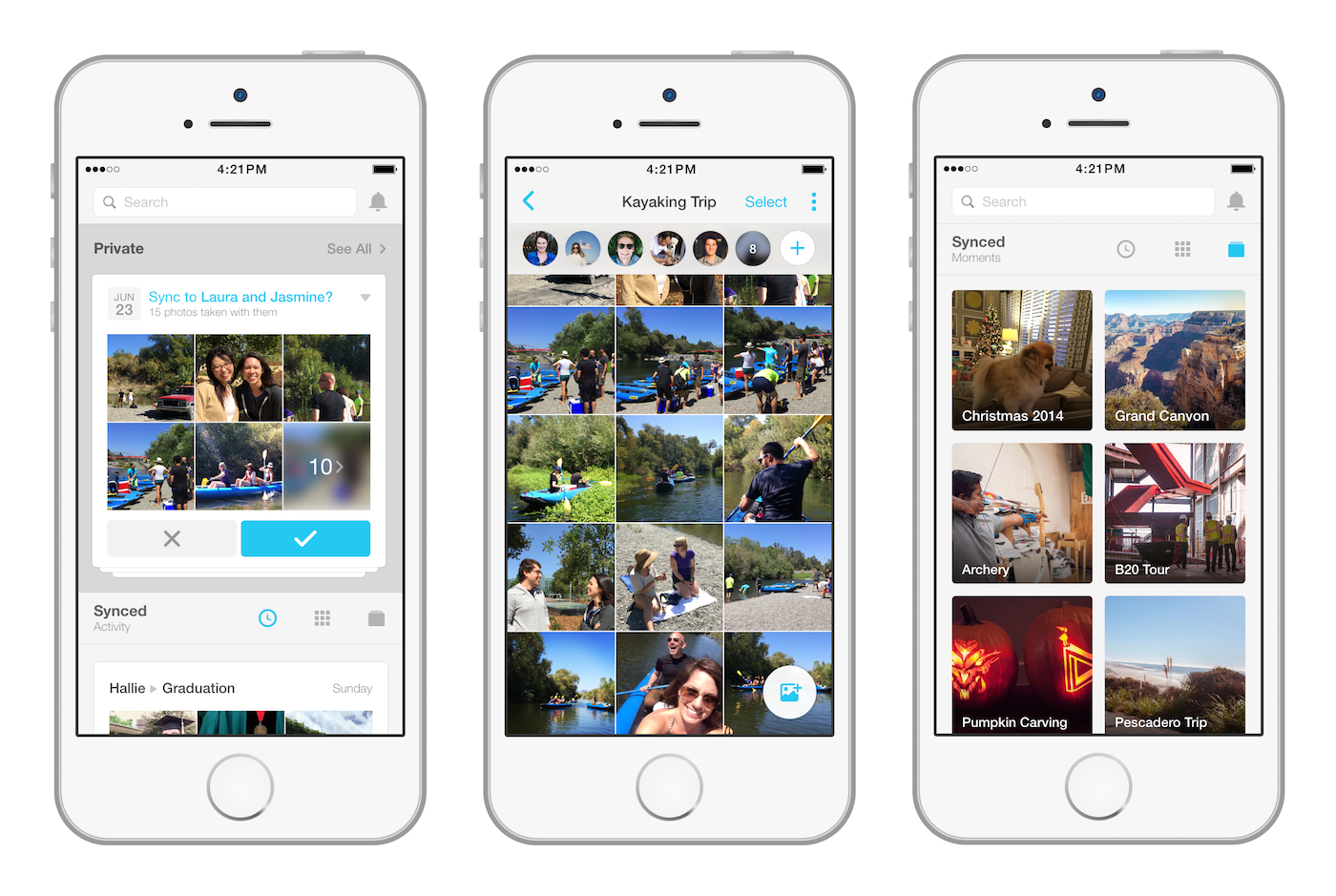 Last June, Facebook launched an app called Moments that allows you to share event photos with friends. The software uses facial recognition to who's in the pictures for easy tagging and organizing. In the EU, regulators had already taken Facebook to task over its "tag suggest" facial recognition feature that scanned photos for your friends so you could easily tag them on the site. European data authorities haven't changed their stance on the feature, so Moments wasn't available there or in Canada until now.

An alternate version private photo application is now available for users in Europe and Canada, leaving out features that violate privacy laws in those locales. Most notably, the facial-recognition tool isn't included in the software, which means users will have to do a bit more work to tag and identify who's in their snapshots. Facebook says that while it left the facial recognition out, the app will group photos that "appear to include the same face."

Sounds kind of like facial recognition, right? Well, not exactly. Facebook says the app now functions more like object recognition, observing things like the distance between someone's eyes and ears rather than their unique facial features. The social network explained that because this doesn't examine images as closely, it's not as accurate. For that reason, this new version of the Moments app has a "Who's this?" where the tagging it handled. Once you group a few photos together, the software will gather any new pictures that have a person who looks similar in them.

Despite the changes in how images are tagged, the tweaked Moments app still keep tabs on things like location, date and time. Like the application that's already available in the US and other places, it also lets you decide if your photos are ever shared with anyone or if they'll remain private. Back in December, Facebook nixed its Photo Sync tool in favor of Moments, making it the primary method for building and sharing photo albums on the site.

In this article: canada, culture, eu, europe, facebook, facebookmoments, facialrecognition, internet, moments, photos, privacy, social
All products recommended by Engadget are selected by our editorial team, independent of our parent company. Some of our stories include affiliate links. If you buy something through one of these links, we may earn an affiliate commission.