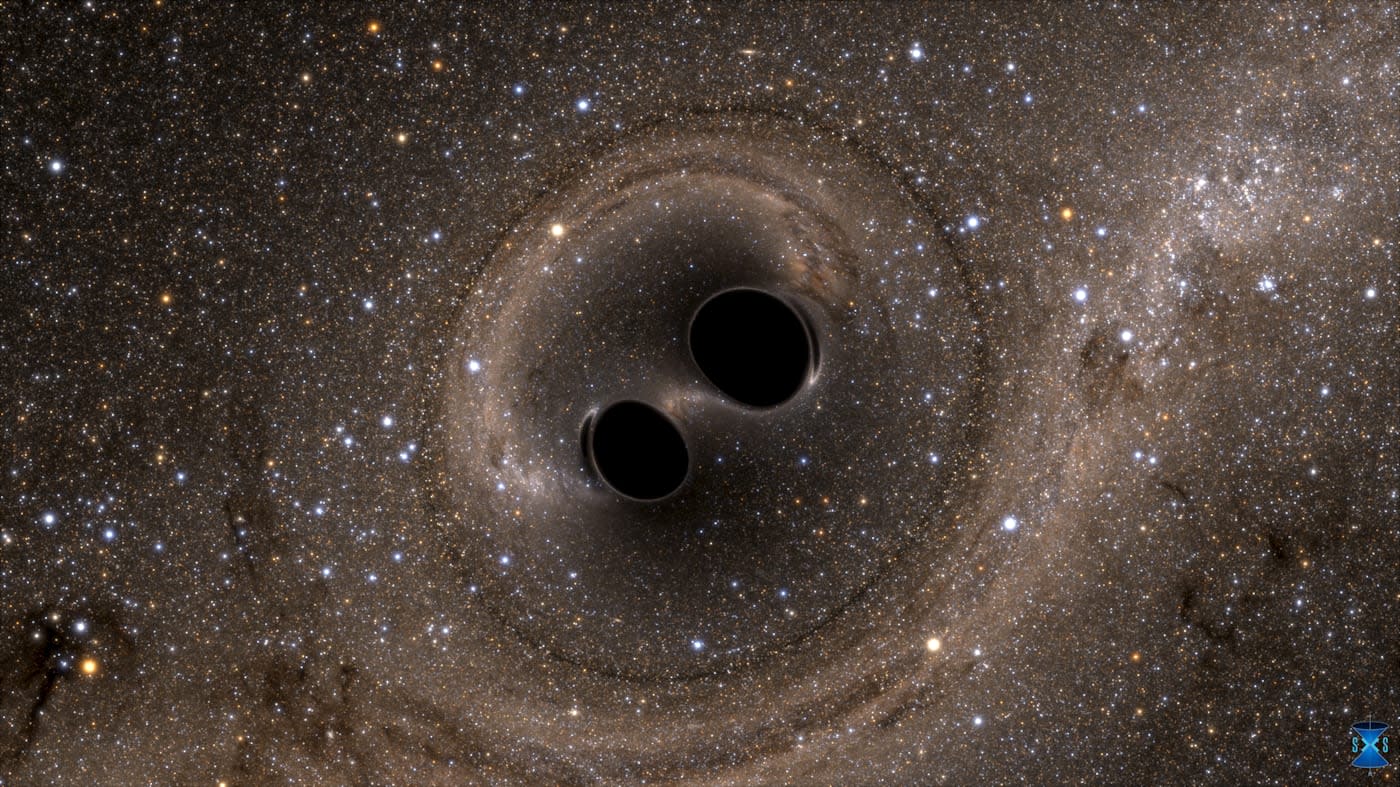 Cosmologists exploring the origins of the universe have a new theory about how dark matter behaves. Although the stuff makes up 80 percent of the matter in the universe, we don't really have a good sense of what dark matter is actually made of. According to The New Scientist, however, UT Austin professor Paul Shapiro and graduate student Bouha Li believe dark matter could be made up of bosons that clump together in "a strange, goopy state of matter called Bose-Einstein condensate."

As Shapiro and Li have calculated, the dark matter space goop could actually be behaving differently now than it did when the universe was first beginning. While most researchers believe that dark matter currently acts like weakly interacting massive particles (or "WIMPs"), if Shapiro and Li are correct, dark matter could have acted more like radiation than matter in the past. Looking back even further, to the earliest stages of the universe, and the dark matter in this model actually acts like a fluid that resists compression.

"There's a pressure associated with trying to disturb it," Shapiro explained. "When you clump it, it wants to push back. It's like we filled the universe with a fluid." The model offers an explanation for why the expansion of the universe slowed down after the period of inflation that immediately followed the Big Bang. It also means primordial gravitational waves -- the echoes of the Big Bang that the LIGO team is searching for -- could be easier to spot that previously believed.

In this article: bouhali, DarkMatter, goop, goopydarkmatter, gravitationalwaves, LIGO, paulshapiro, science, space, wimps
All products recommended by Engadget are selected by our editorial team, independent of our parent company. Some of our stories include affiliate links. If you buy something through one of these links, we may earn an affiliate commission.