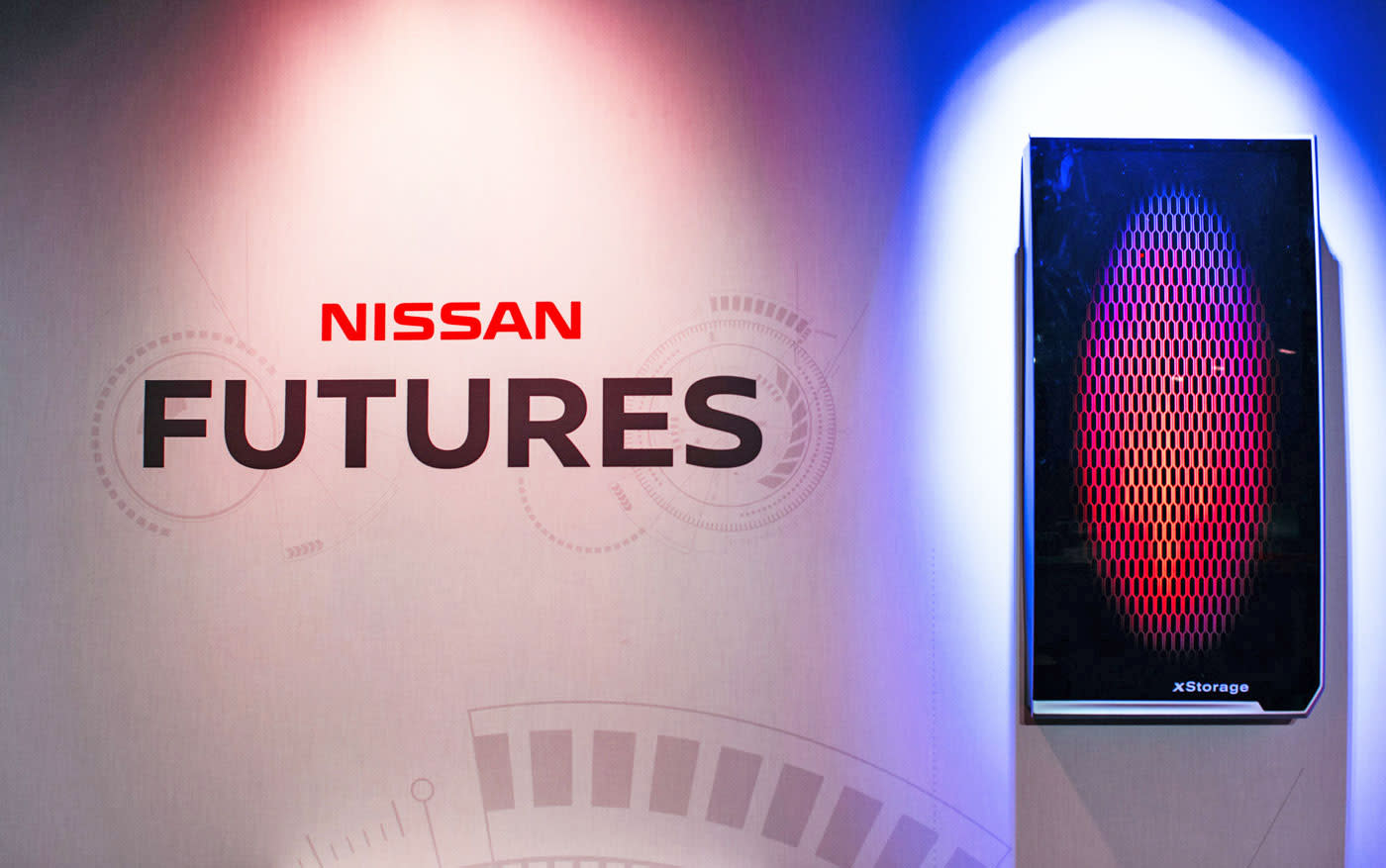 Nissan's grand designs for zero-emission cities of the future may be some way off, but you gotta start somewhere. And that somewhere starts with "xStorage," the automaker's home energy hoarding system announced today. Like Tesla's Powerwall and Mercedes' residential battery, the idea is to save you money in the long run by charging the thing up when off-peak electricity rates are in effect. You can then use the cache to power your home when energy is more expensive -- switching between sources by way of smartphone app -- or sell it back to the grid during these times of higher demand. And if you can juice the xStorage unit up using a renewable source like solar, then all the greener.

Nissan is differentiating itself from competitors by using old EV batteries in its xStorage units, making them as environmentally friendly as possible. The company has been breathing new life into used batteries before now, partnering with businesses on commercial energy storage projects. The new xStorage system will be Nissan's first foray into the residential market, however, when pre-orders kick off in September. There currently aren't any plans to bring the home battery to the US, but in Europe, an xStorage unit (holding roughly 4.2kWh of electricity) will set you back €4,000/£3,200 (around $4,500) including all installation costs.

Nissan also announced a major new trial of its vehicle-to-grid (V2G) system in the UK today. Still in its early stages, V2G promises exactly the same benefits as a home energy storage system, but it hooks up to the battery in your EV instead. Following a smaller test of the technology in Denmark that began in January this year, the UK trial will include 100 Leaf and e-NV200 vehicles owned by both private and commercial customers.

In this article: battery, culture, gear, green, home, nissan, powerwall, transportation, v2g, Vehicle2Grid, VehicleToGrid, xstorage
All products recommended by Engadget are selected by our editorial team, independent of our parent company. Some of our stories include affiliate links. If you buy something through one of these links, we may earn an affiliate commission.