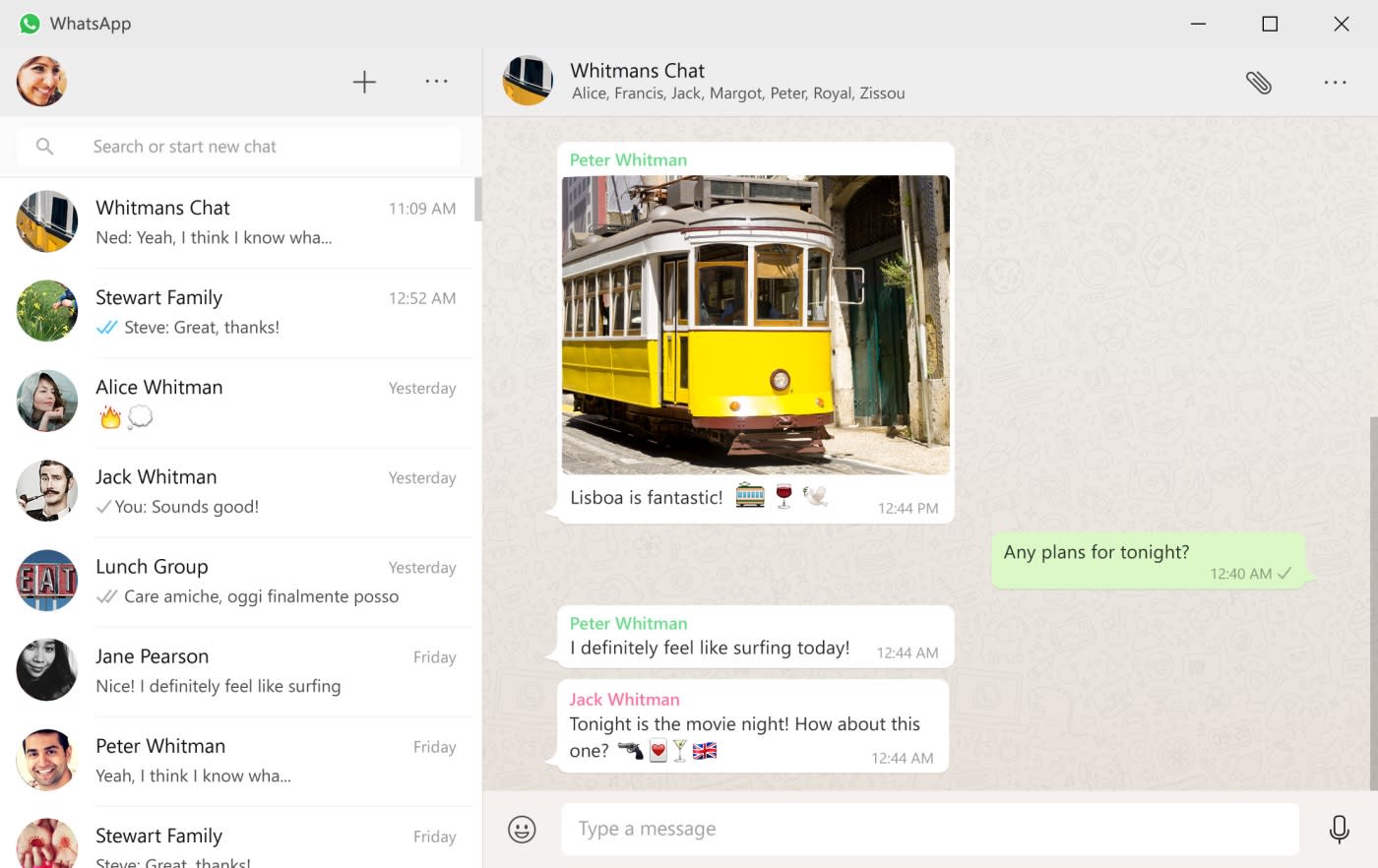 WhatsApp users now have a better way to stay in touch from their PC, as it has released a desktop app for Windows and Mac users. News of the desktop app leaked out early after it was detected by the Twitter account WABetaInfo, which tracks changes in the service's various clients. According to a company blog post, the desktop client is similar to WhatsApp Web in that it's meant to be an extension of your phone, with synchronized conversations and messages. WhatsApp avoided the app stores available on either platform, choosing to make its desktop available for direct downloading, as long as you're running Windows 8 (or newer) or OS X 10.9 (or newer).

In this article: desktop, facebook, gear, Mac, OSX, PC, services, whatsapp, whatsappweb, Windows
All products recommended by Engadget are selected by our editorial team, independent of our parent company. Some of our stories include affiliate links. If you buy something through one of these links, we may earn an affiliate commission.