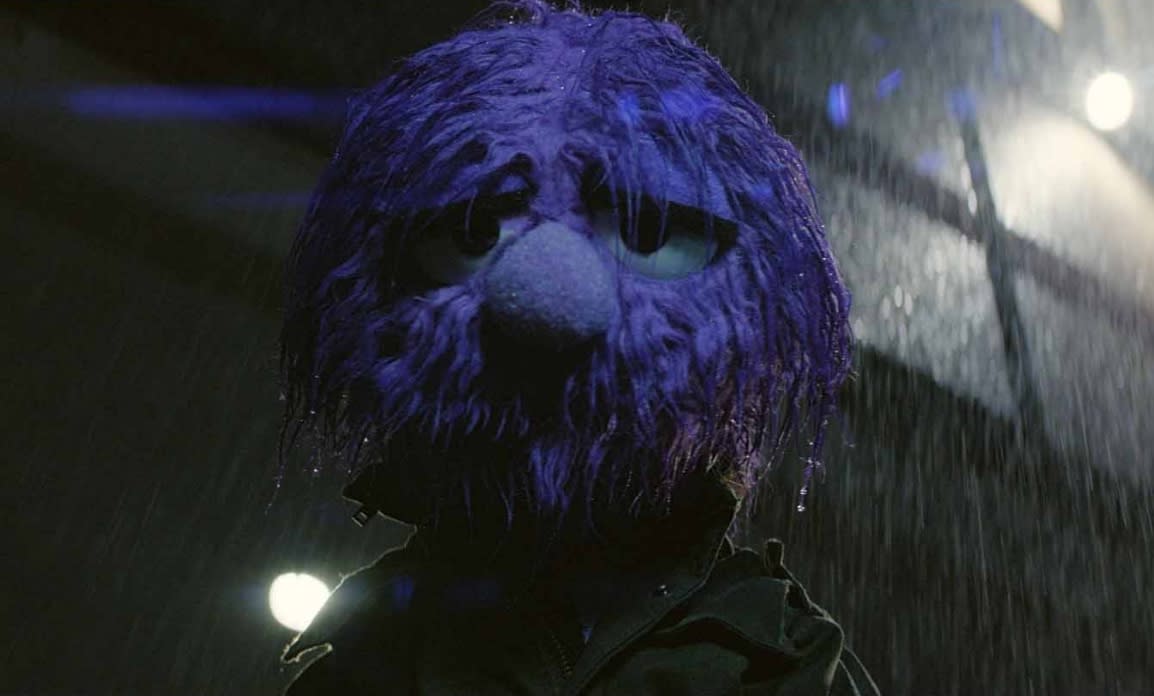 The UK's Advertising Standards Authority (ASA) has banned a billboard advert for Three's mobile network, after a six-month complaint from rival carrier EE was finally upheld. The ad, which features a purple Muppet-like character called Jackson being held aloft in a Rocky-style pose, featured the tagline: "The undisputed. UK's most reliable network. Again." EE claimed Three couldn't state it was the "undisputed" market leader without saying it was based on YouGov sample data and the ASA agreed.

Because it had included a YouGov logo in its ad (shown above), Three believed consumers would understand that its claims were based on a research report. The poll asked customers who they thought the best mobile network based on a number of metrics and Three was voted the most reliable network for the fifth consecutive quarter. EE took to social media to publicly contend Three's "undisputed" claim, highlighting awards it had won from network testing body Rootmetrics.

Three didn't help matters when it admitted there wasn't a "standard, objective industry test for network 'reliability'" and that "'reliability' is related to personal experience and therefore the best way to find out a network's reliability was to ask its customers." The ASA therefore banned the ad because its main claim did not reference YouGov clearly enough or include any wording that said it was based on subjective consumer reviews.

So, what happens now? As with the majority of the ASA's upheld rulings, the company gets a slight ticking off and told not to do it again. At this point, the Jackson ad is six months old, meaning that it's unlikely to figure in Three's current marketing material anyway.

Still, EE's finding time to gloat about the decision:

Hi @threeuk your undisputed claim has been disputed. The ASA says you have to #makeitright https://t.co/liTezUpjfK pic.twitter.com/NpQRJeen7Z

In this article: ad, advert, advertising, ASA, EE, gear, jackson, mobile, muppet, three
All products recommended by Engadget are selected by our editorial team, independent of our parent company. Some of our stories include affiliate links. If you buy something through one of these links, we may earn an affiliate commission.