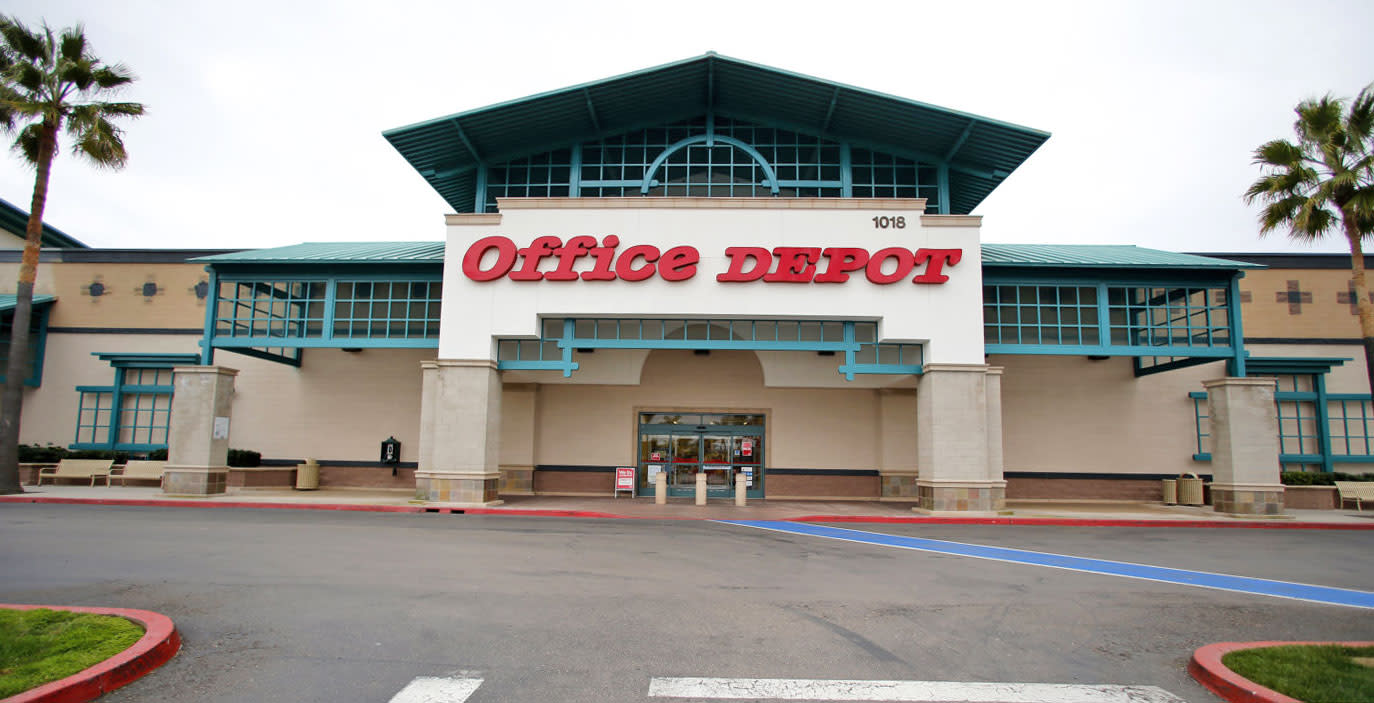 Last year around this time, Staples announced that it had purchased Office Depot, in a deal that would have created one enormous outlet for office supplies, computers, 3D printing services and more. However, US regulators thought the new company would be too enormous, and convinced a court to kill the merger on antitrust grounds. US District Judge Emmet Sullivan ruled that the acquisition "will substantially impair competition," especially to business customers, and that blocking it was "in the public interest." However, Staples and Office Depot lawyers argued that the merged company would be more efficient and could pass savings on to customers thanks to at least $1 billion in "synergies," possibly in the form of layoffs. They also have a new, formidable online rival: Amazon Business. Jeff Bezos' operation is just a year old, but already has a $1 billion in sales and is growing at a clip of 20 percent a month. Staples said it was "extremely disappointed" with the decision, adding that the FTC "fell woefully short of proving its case." Nevertheless, the company won't appeal and plans to terminate the merger agreement.

The FTC sued to block the merger late in 2015, arguing that business customers would have much less bargaining power if Office Depot disappeared. "This deal would eliminate head-to-head competition between Staples and Office Depot and likely lead to higher prices and lower quality service for large businesses," says FTC competition chief Debbie Feinstein. "Today's court ruling is great news for customers in the office supply market."

In this article: Antitrust, business, culture, FTC, Judge, Merger, monopoly, OfficeDepot, Staples
All products recommended by Engadget are selected by our editorial team, independent of our parent company. Some of our stories include affiliate links. If you buy something through one of these links, we may earn an affiliate commission.