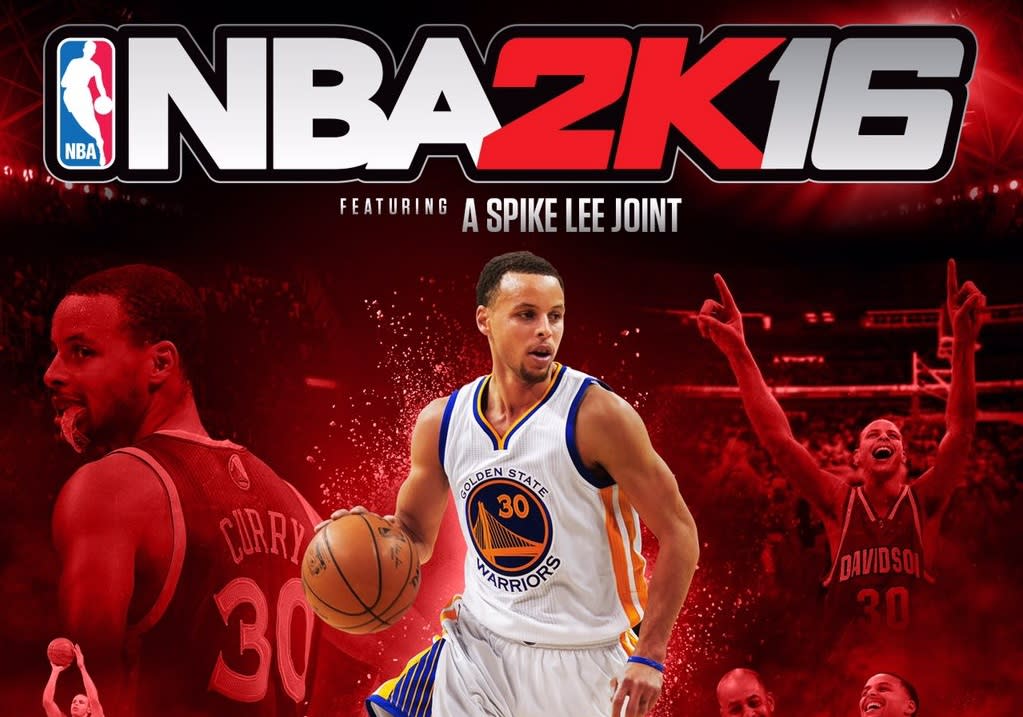 Today Stephen Curry collected NBA's Most Valuable Player award for the second year in a row, and also became the first unanimous MVP in NBA history. To celebrate that achievement (and his epic return from a knee injury to score 40 points in a playoff win last night) NBA 2K will issue an update to its game on Thursday maxing out his overall rating at 99. It's part of a promotion along with his shoe sponsor Under Armour and naturally the MVP colorway of his Curry Two will be available in-game. The 99 rating will be in place for 30 hours at 6PM ET (matching Curry's jersey number) and for a little bit, should make it easier for the videogame to replicate the real-life player's abilities.

Congrats @StephenCurry30 on back to back MVPs. @UABasketball & @NBA2K #BreakTheGame w/ 99 rating for 30 hrs starting THU 3PM PT to celebrate


Watch live video from 2K on www.twitch.tv
In this article: av, basketball, gaming, NBA, NBA2K, NBA2K16, rating, sports, StephenCurry, video
All products recommended by Engadget are selected by our editorial team, independent of our parent company. Some of our stories include affiliate links. If you buy something through one of these links, we may earn an affiliate commission.