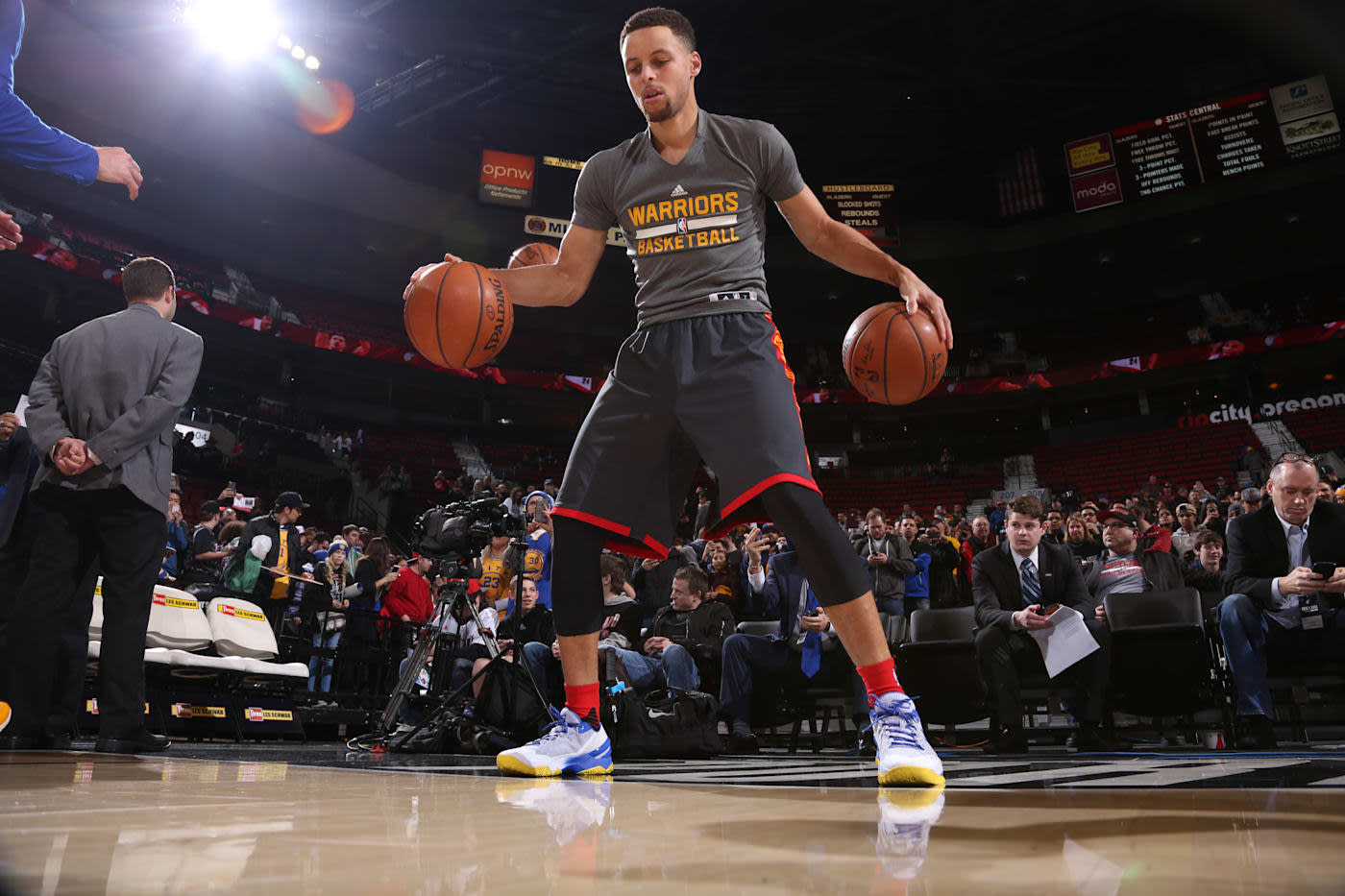 When it comes to sports games, virtual players tend to be capable of feats no real person could accomplish. And then there's Golden State Warriors guard Stephen Curry. The reigning NBA MVP dazzles with new moves nearly every time he steps on the court, and Curry's real-life skills are giving the folks behind the NBA 2K fits. In an interview this week, the title's gameplay director Mike Wang admitted the studio is having trouble capturing the star's on-court antics.

"To be completely honest, we are still looking for ways to better translate his game into NBA 2K," Wang explained. "He's a 'rule breaker' when it comes to jump shooting... he becomes a problem in the video game world where we've been trying to train our gamers [to know] that certain types of shots should be rewarded versus others."

Those shots Wang is referencing is the absurdly long 3-pointers Curry jacks up at will and sinks with regularity. Developers have already made some changes to give the virtual player the ability to make more of those long shots, but NBA 2K still has some work to do in order to make the No. 30 in the game just as good as the one taking the league by storm.

"We're going to have to invest even more time in future iterations to really let Steph be Steph in future versions of NBA 2K," Wang says. Thankfully, he has plenty of source material to draw from.

In this article: av, basketball, gaming, nba, nba2k, sports, stephcurry, stephencurry
All products recommended by Engadget are selected by our editorial team, independent of our parent company. Some of our stories include affiliate links. If you buy something through one of these links, we may earn an affiliate commission.