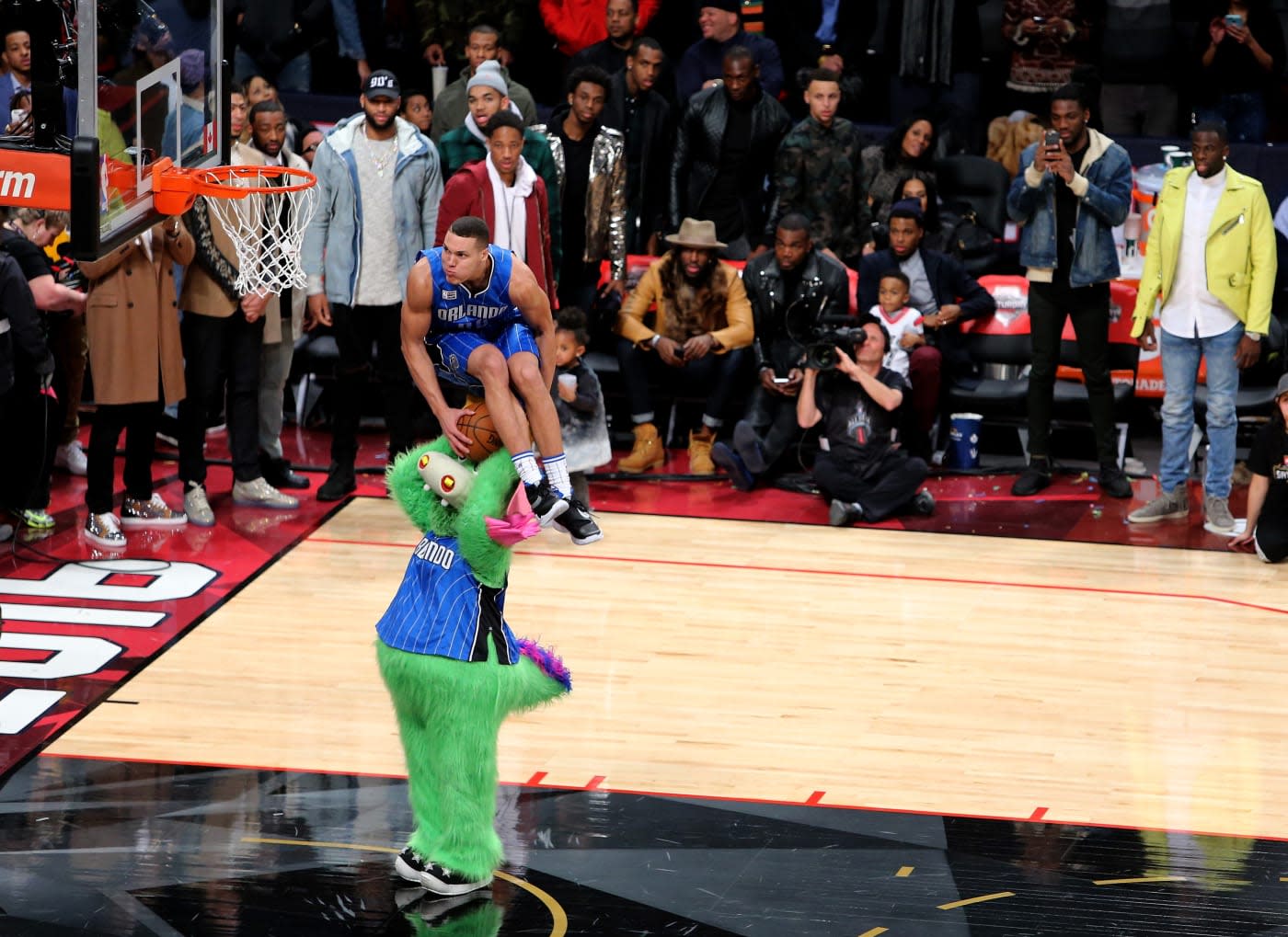 Ahead of tonight's NBA All-Star Game, the league proclaimed it's the first pro sports association with over a billion combined likes and followers on social media. It's debatable how many people that figure actually represents, but it apparently comes from combining likes and follows for the league, teams and individual players across Facebook, Twitter, Instagram, Tencent and Sina. However you count it, there's no doubt that the NBA encourages interaction online, claiming nearly 90 percent of players have an account at least one platform. Unsurprisingly, LeBron James leads players with 66.3 million likes and followers, while the Lakers are the number one team despite racking up an 11 - 44 record this season.

That time Aaron Gordon pretty much SAT on the basketball mid-air then dropped the hammer? Yaah #NBAVine #VerizonDunk https://t.co/GSakM9vvQ3

Look no further than last night's slam-dunk contest, where even those who weren't watching the competition online could easily find instant replays posted to Vine, Instagram and YouTube -- often by official league accounts. In direct contrast to other leagues (specifically the NFL, which heavily favors its official relationships) the NBA hasn't gone after people quickly reposting its highlights, and it has benefited by getting quick responses to big highlight plays or a sudden Steph Curry hot streak. Before the 2014 season it added the @NBA Twitter handle to the official game ball, and also provides advanced stat tracking to fans online.

*Yes, that is a person in a seated position with the basketball underneath them, jumping over a mascot that is riding on a "hoverboard." That happened. Welcome to 2016.
In this article: culture, entertainment, Facebook, favorites, followers, Instagram, internet, likes, NBA, services, socialmedia, sports, Twitter, video
All products recommended by Engadget are selected by our editorial team, independent of our parent company. Some of our stories include affiliate links. If you buy something through one of these links, we may earn an affiliate commission.