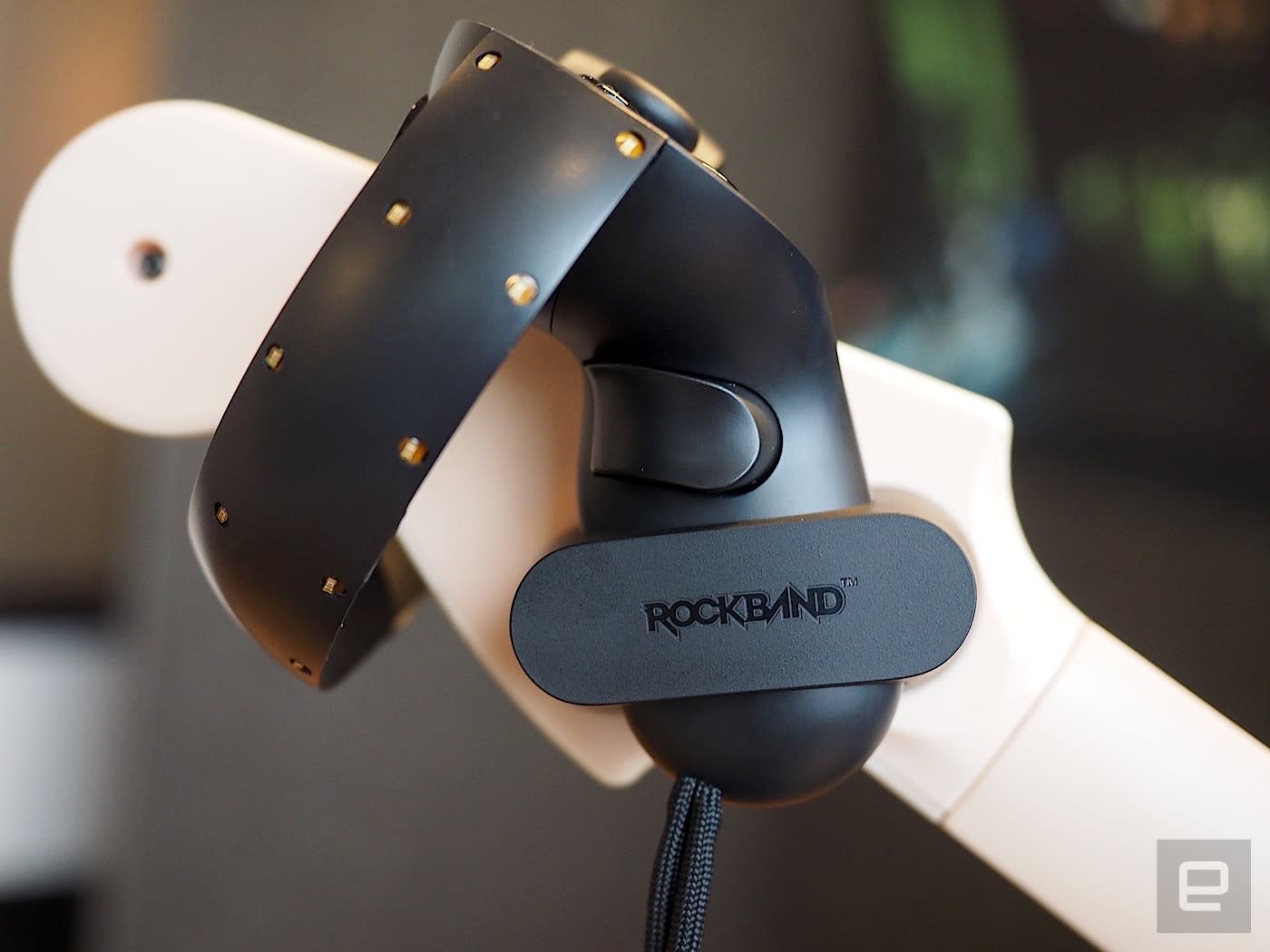 Abandon all hope, ye Rock Banders who live to bang on the drums, lovingly 'pluck' that bass or croon like you're America's next top someone -- for now, at least. According to UploadVR, developer Harmonix has confirmed that its upcoming Rock Band VR for Oculus Rift will only be playable with the guitar. Harmonix had hinted as much this past March when we attended a Rift preview event, saying that support for those three other instruments would likely be left off the table. But it seems like the effort to put the "band" back together in VR was just too challenging for the developer's first Rift effort. Instead, Harmonix has decided to perfect the immersive experience using only the guitar, which requires a clip-on Oculus Touch controller to track its placement in the virtual space.

Though the Rift's now out in the wild for anyone with deep pockets and a compatible PC, there's no word on when Rock Band VR will be released. But, considering how integral Touch is to the experience, you can bank on seeing it launch sometime in the second half of this year when Oculus brings that controller to market. Only then will you get the chance to shred in VR.

In this article: av, gaming, harmonix, oculus, OculusRift, oculustouch, rift, rockband, rockbandvr
All products recommended by Engadget are selected by our editorial team, independent of our parent company. Some of our stories include affiliate links. If you buy something through one of these links, we may earn an affiliate commission.