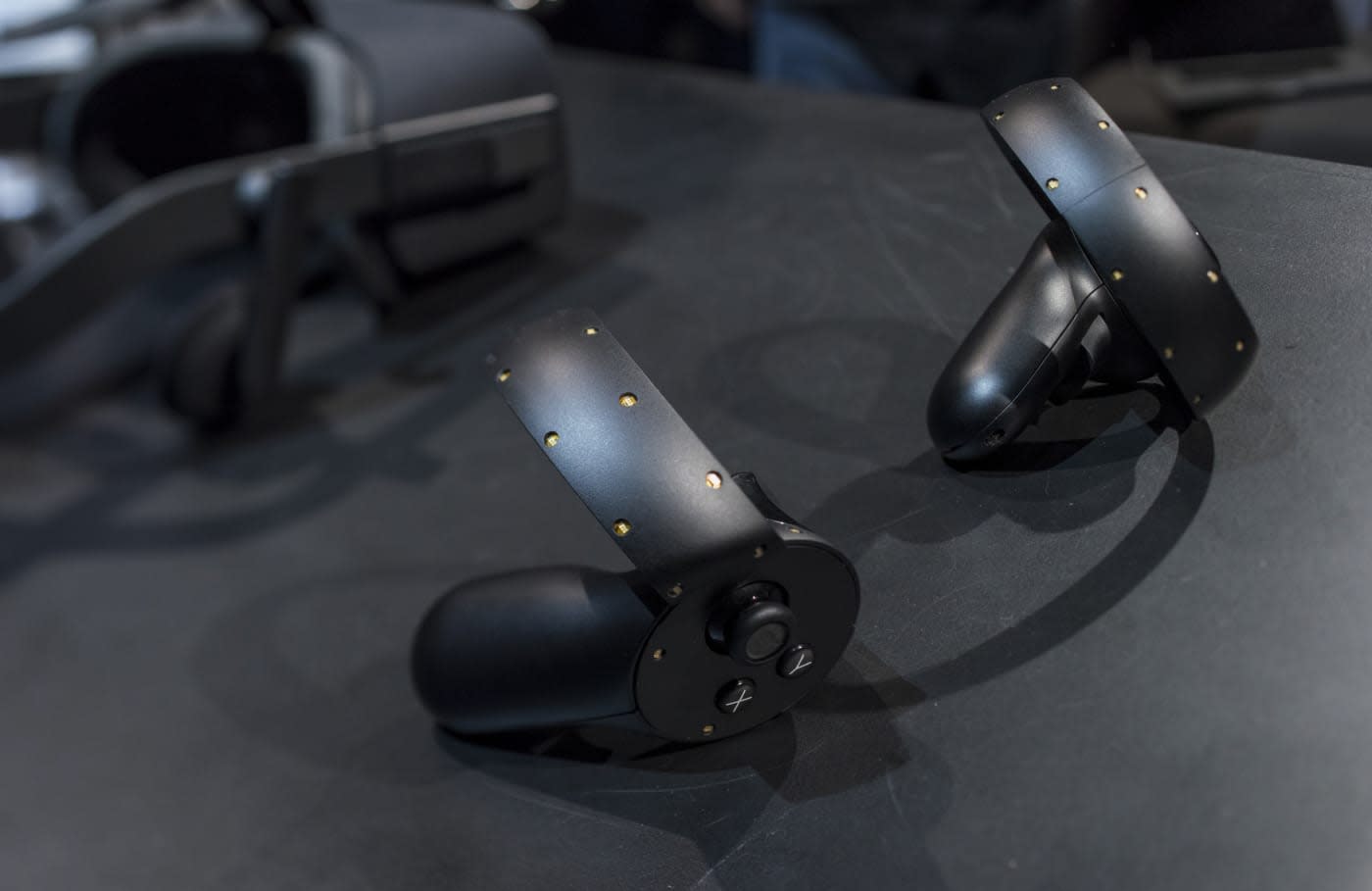 Oculus announced on its website Thursday that the Touch handheld controller accessories to its highly-anticipated Rift VR headset will be delayed to the second half of 2016. Pre-orders for the controllers will similarly be delayed. Oculus cites the need to "improve hand pose recognition" as the reason for the setback. The Rift headset itself is still on track for its Q1 release and its pre-order system will come online in the coming weeks. The company is reportedly also ramping up production of its developer units to meet growing demand.

In this article: acessories, av, gear, headset, oculus, rift, rifttouch, virtualreality, VR, wearables
All products recommended by Engadget are selected by our editorial team, independent of our parent company. Some of our stories include affiliate links. If you buy something through one of these links, we may earn an affiliate commission.