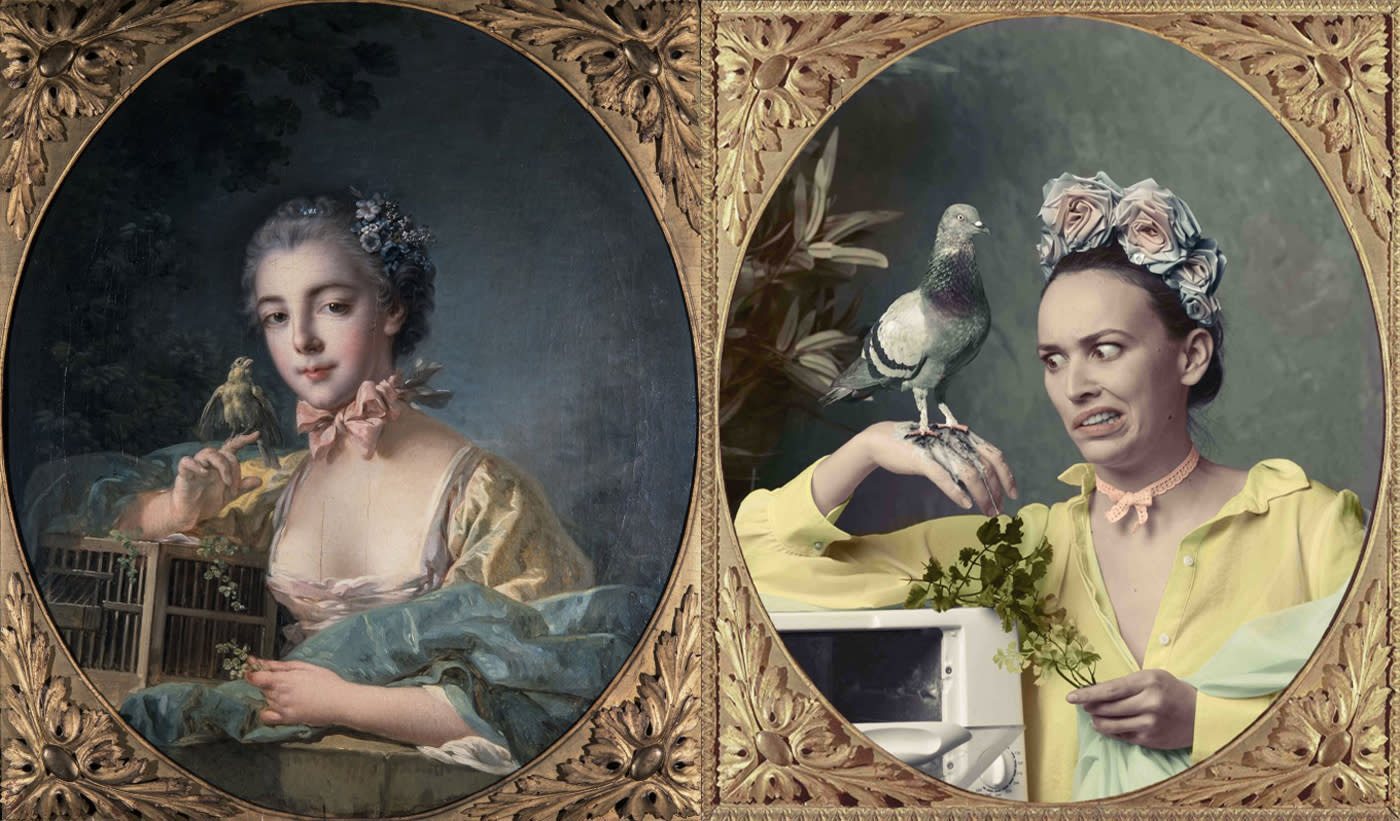 Maybe you've heard the term "influencer." It's the moniker marketers have given to the heavy hitters of social media with considerable follower counts (often in the tens or hundreds of thousands). You know, the Kendall and Gigis currently dominating our world. Well, Paris Musées, the public institution that oversees 14 of the city's municipal museums, has cottoned on to this new media wave and is turning to Instagram as a platform to raise awareness and boost museum attendance. To promote its recently launched site, which houses a searchable digital collection of all the museums' works, Paris Musées has commissioned 10 Instagrammers from various art backgrounds to re-create or reinterpret some of these iconic works.

The campaign, created in a partnership with digital agency Kindai, has hard data on social media influence to back it up. In 2014, the agency published a study that found cultural institutions in France benefited the most from an associated Instagram post -- accounting for about 53 percent of related Instagrammer visits. Philippe Rivière, the head of digital service at Paris Musées, said while he hopes younger generations will be inspired by the campaign, the idea behind the collaborations was really "to reach a diverse audience while keeping the artistry and aesthetics" of the collections intact.

To do this, Paris Musées matched its 10 influential Instagrammers, culled from artistic disciplines like fashion, humor, illustration, photography, with a notable work emblematic of a particular museum. This process, which Rivière said some museums found to be challenging, often resulted in several works being pulled for an artist's consideration. "Some museums, like Cernuschi, do not have [an] easy piece of art to remake," he says. "In this case, we had to find creative Instagrameurs -- in this case Rafael Mantesso -- to provide a completely different view."

The resulting collection of Instagrammer reinterpretations will be on display through July 31st at Paris' Gare Saint-Lazare train station. And if you happen to swing by the exhibit, don't hesitate to pull out your smartphone and add your own twist to the Instagram installation. Paris Musées is encouraging passersby to contribute their own takes on the City of Light's hallowed art and use the hashtag #ParallelesParisMusées.

"Paris is fortunate to be one of the cultural cities of the world," says Rivière. "That said, everyone does not have the opportunity to go there, even living in France. ... This platform can be a way of preparing [for] the visit or even make you want to visit a particular museum."