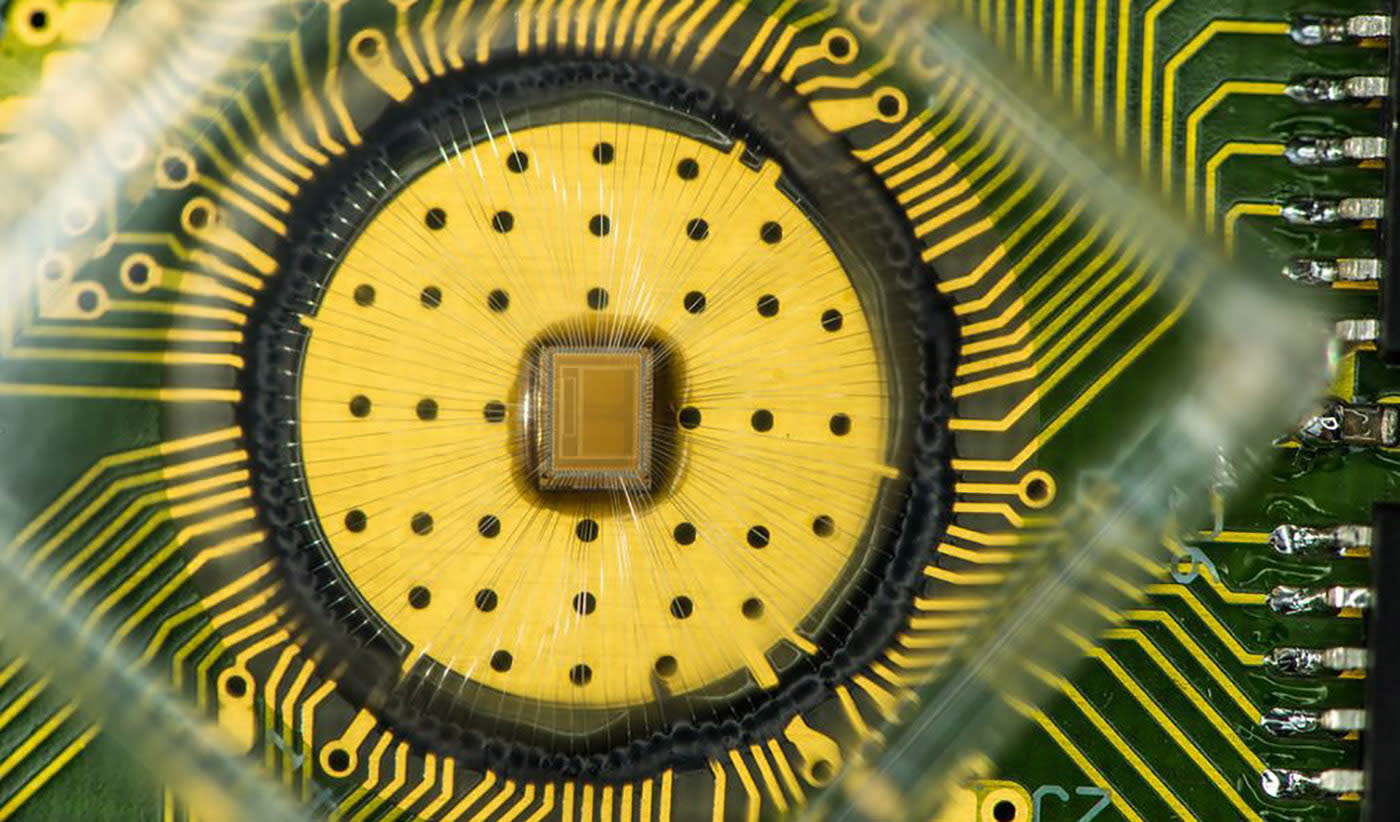 Flash storage is too slow for your device's main memory, but RAM is expensive and volatile. Thanks to a breakthrough from IBM, phase-change memory (PCM) might one day replace them both. The crystal-based storage has been used in optical disks and other tech for at least 15 years, but the technology has been limited by the cost and storage density -- cells are either "on" or "off." However, IBM researchers have figured out how to save 3-bits of data per cell, dramatically increasing the capacity of the original tech.

To store PCM data on a Blu-ray disk, you apply a high current to amorphous (non-crystalline) glass materials, transforming them into a more conductive crystale form. To read it back, you apply a lower voltage to measure conductivity -- when it's high, the state is "1," and when it's low, it's "0." By heating up the materials, more states can be stored, but the problem is that the crystals can "drift" depending on the ambient temperature. IBM's team figured out how to track and encode those variations, allowing them to reliably read 3-bits of data per cell long after it was written.

That suddenly makes PCM a lot more interesting -- its speed is currently much better than flash, but the costs are as high as RAM thanks to the low density. "Reaching 3 bits per cell is a significant milestone because at this density the cost of PCM will be significantly less than DRAM and closer to flash," says Dr. Haris Pozidis from IBM Research. With the discovery, phase-change memory could become feasible for more than just optical disks.

For instance, PCM memory could be used in conjunction with flash to create an extremely fast cache for a cell phone. "A mobile phone's operating system could be stored in PCM, enabling the phone to launch in a few seconds," according to the researchers. It could also replace regular SSDs for time-critical applications, because PCM memory can read data in less than 1 microsecond, compared to 70 microseconds for flash. RAM is still much faster, of course, but in certain applications, PCM could work as "universal" storage and replace both RAM and flash memory.

The research still needs to be developed commercially, and has to compete with other promising tech like memristors and resistive RAM. IBM thinks that it's more than feasible, however, and sees it as the perfect storage medium for Watson-like artificial intelligence apps.

In this article: 3-bit, IBM, memory, personal computing, personalcomputing, Phase-changeMemory, Research, science, storage, video
All products recommended by Engadget are selected by our editorial team, independent of our parent company. Some of our stories include affiliate links. If you buy something through one of these links, we may earn an affiliate commission.