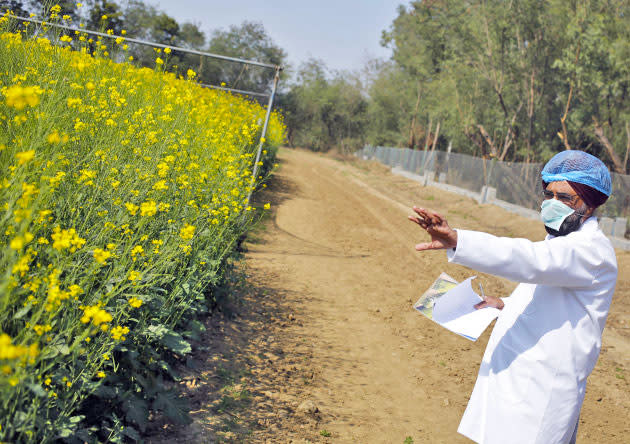 The debate surrounding the safety of genetically modified organisms (GMOs) has been raging for years and continues to do so. The National Academies of Sciences, Engineering, and Medicine has finally weighed in on the matter and found GMOs to not just be generally safe, but good for both people and the environment. The academy has even gone so far as to set up a dedicated website where visitors can peruse the source data that the academy leveraged for its study.

"You can't just continue to have an opinion without backing it up with data," Fred Gould, co-director of the Genetic Engineering and Society Center at North Carolina State University and chair of the committee that released the study, told NBC News. "Part of our approach here was to make this not just a report. This is all on a website. We hope that this report will open a conversation, not make some kind of a proclamation."

The committee reviewed more than 900 existing reports on the subject, interviewed 80 experts throughout the industry and academia and delved through more than 700 comments from the public to reach its conclusions. "The committee also examined epidemiological data on incidence of cancers and other human-health problems over time and found no substantiated evidence that foods from GE crops were less safe than foods from non-GE crops," the report reads. Additionally, the committee found that added the vitamin A present in GE crops has a marked benefit for humans (in that it reduces the incidence of blindness caused by vitamin A deficiencies), GE plants developed to be pest and herbicide resistant do in fact reduce crop loss and, to a degree, farmers growing GE crops actually make more money than their competitors.

While these findings are not without caveats, this report should help add context to future debates on the matter thanks the study's novel method backing up its findings with actual facts rather than hyperbole. Given that some 90 percent of US-grown corn, soybeans and cotton are already GE -- with salmon and mushrooms on the way -- an empirical discussion of the values and potential dangers of GMOs is desperately needed.

In this article: adademyofsciences, food and drink, food-and-drink, foodanddrink, GE, genetics, GMO, NCSU, protests, science, unitedstatesnationalacademyofsciences
All products recommended by Engadget are selected by our editorial team, independent of our parent company. Some of our stories include affiliate links. If you buy something through one of these links, we may earn an affiliate commission.