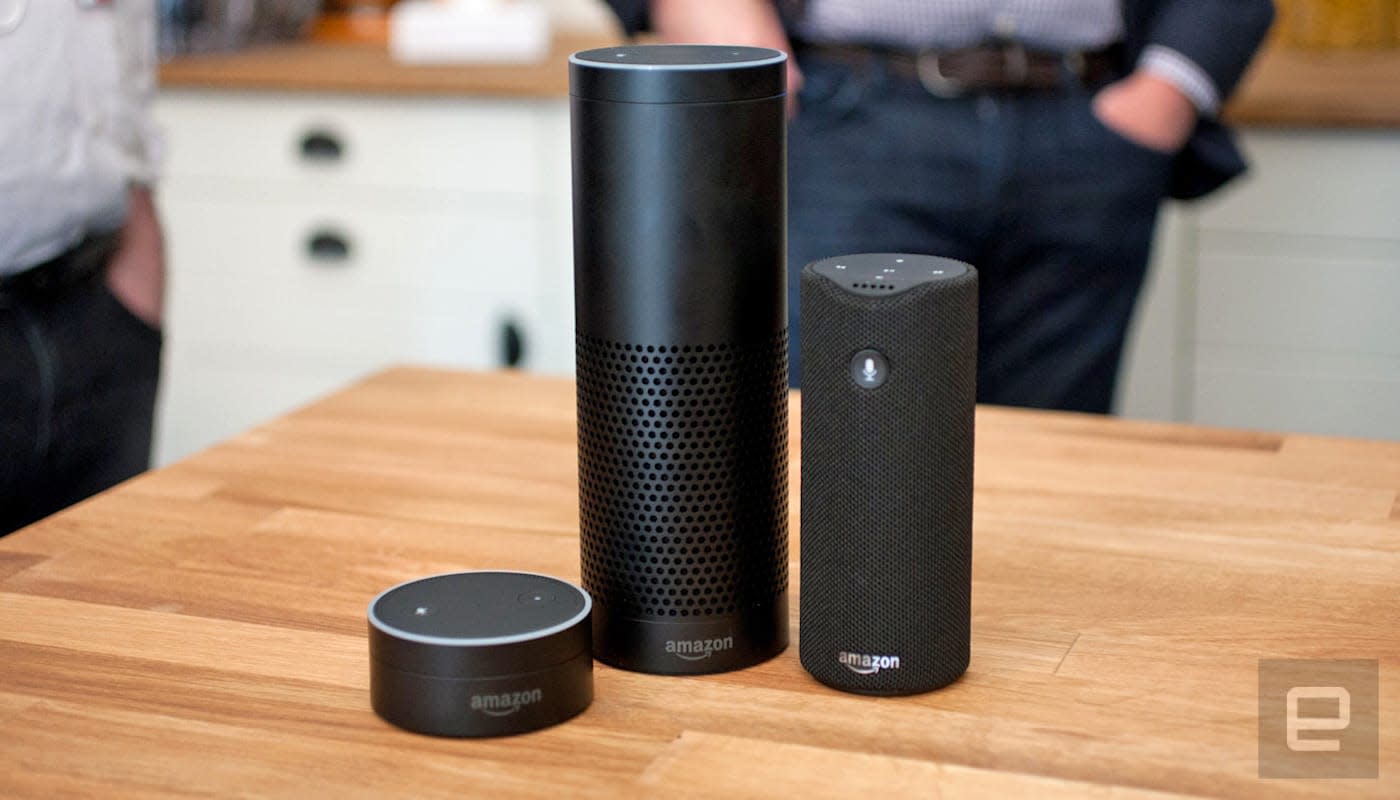 Amazon is working on a new device imbued with Alexa's powers, according to The Wall Street Journal. It won't be yet another speaker, though: it's a device with a "tablet-like computer screen" that's codenamed Knight. Lab126, the company's secretive hardware facility, is reportedly in the midst of developing the tablet, which sounds like it's meant for the kitchen. WSJ says it'll allow users to load websites or images "even when their hands are covered in flour." Amazon has been working on a high-end kitchen computer for quite some time, but it's unclear if this is the reimagined version of that old project.

WSJ didn't give out more details about Knight, but if it has Alexa, then it's safe to say that it can respond to all the voice commands you can use with the Echo speakers. Lab126, by the way, also created Amazon's other devices. It was originally formed to design the Kindle e-readers and went on to develop the Fire tablets, phone and TV, the Echo and Tap speakers, as well as the e-retailer's Dash buttons.

In this article: alexa, amazon, echo, gadgetry, gadgets, gear, knight
All products recommended by Engadget are selected by our editorial team, independent of our parent company. Some of our stories include affiliate links. If you buy something through one of these links, we may earn an affiliate commission.